By 2036, almost 8 billion passengers will be flying around the globe. From check-in to immigration, from plane assembly to maintenance – making sure that all processes and transactions in the airline industry run smoothly has created a global powerhouse of administrative burden. Yet new innovators and startups linked to blockchain technology are eagerly pushing to make the industry smarter, safer and more efficient.

Large corporations that dominate the sector, such as airlines, aircraft manufacturer and airports, are inviting in technology partners and startups to come up with well-needed innovative impulses.  For example, Europe’s biggest Airline Lufthansa jointly with SAP’s Berlin-based accelerator are currently running a competition for entrepreneurial startup ideas to transform the sector.

Is the blockchain the future of aviation? We take up three promises of how blockchain technology might upgrade your next flight.

Remember the images of the Space Shuttle Colombia disaster? Although airplanes are still the safest mode of transport, the quality of material, engineering and maintenance is key for a safe flight experience – in case of failure, the results can quickly be catastrophic. In fact, equipment failures still account for around 20% of aircraft losses, despite improvements in design and manufacturing quality.

“When something as complicated as an airplane gets made from scratch, it has to source from hundreds of different suppliers around the world.  This is perhaps where blockchain can make a big difference”, says Matej Michalko, CEO of blockchain startup DECENT. The company just announced 3IPK, a decentralized application for the aviation industry, aiming to automate certification control, airworthiness, supply chain and maintenance processes for the aerospace sector.

For example, serial codes of plane components can be stored on the blockchain together with key information such as the date, place and price of manufacturing, who last handled it and when the last maintenance was conducted. In effect, the assembly, substitution and check-ups of aircrafts could be immensely facilitated.

Airplane manufacturing is still a huge market, with estimates of the number of planes in the world range between 23.000 and 39.000. Considering that sales prices for Boeing airplanes currently start at about $82 million for a 737-700 and run up to more than $400 million for the new 777-9 model (expected next year), the aircraft market is still huge in size. Easier traceability of supply parts and maintenance might not only ensure safety, but also has the potential to significantly lower these costs.

Miles & More, oneworld, or Flying Blue: Frequent flyer programs and loyalty schemes are ubiquitous in the airline industry. But with passengers being increasingly global customers, questions of currency exchanges and available partner institutions for trading in these benefits across country borders naturally emerge. In future, these loyalty points might in therefore be traded as blockchain-enabled cryptocurrencies, making it easier to spend the miles earned irrespective of the country you land in.

For instance, Singapore airlines announced earlier this year the launch of KrisPay, a “digital blockchain wallet that allows frequent flyers to convert airmiles into digital currency”. Powered by technology partner Microsoft, the digital wallet will allow members to pay for purchases at partner merchants with their KrisPay points for amounts as little as US$ 0.10.

Furthermore, hailed the ‘first crypto-friendly airport‘, travelers visiting Brisbane airport  can already pay in over 30 stores in bitcoin cryptocurrency, one of the best-known use cases of blockchain technology.

The new scheme that was launched earlier this year is the result of a cooperation between the airport and TravelByBit, and Australian startup focusing on payment platforms powered by blockchain.

Got your visa immigration stamp? Currently, passports and airline tickets are still overwhelmingly paper-based or in simple electronic form as data stored on chip, barcode or on a centralized server.  In the future, however, blockchain technology might drastically change the industry through safely storing passenger identities on tokens.

The important difference to electronic passports and e-tickets is that blockchain technology completely eliminates the need for a central server. Instead, the information is stored in a decentralized ledger that is almost impossible to manipulate. This would not only do away with paper-based passports and tickets, but importantly also with the risk of human error, passport or ticket fraud.

Furthermore, while blockchain technology is still emerging, it is expected that the costs of running the systems will drop significantly over the next years – meaning that these transactions might become significantly cheaper.

The cost-saving potential does not only pertain to ticketing, check-in and immigration processes, but to all financial processes linked to serving around 4 billion passengers a year, and employing an estimated estimated 290,000 active pilots around the world.

For example, airlines are by law required to compensate passengers for significant delays or cancelled flight – yet the process of claiming this compensation is cumbersome on both sides. Startup FlightDelay is proposing to eliminate the entire process and replace it through a a fully automated insurance policy, linked to a Cryptocurrency account that will automatically receive payments.

On a more general level, the financial settlement system of IATA, the international air transport associations, pays a staggering US $7.7 billion in fees to financial institutions every year, reports the the Centre for Aviation. Blockchain-powered smart contracts mean that a decentralized and temper-proof system could potentially cut out the many intermediaries of financial transactions in the aviation industry, saving six to ten digits of transaction costs. 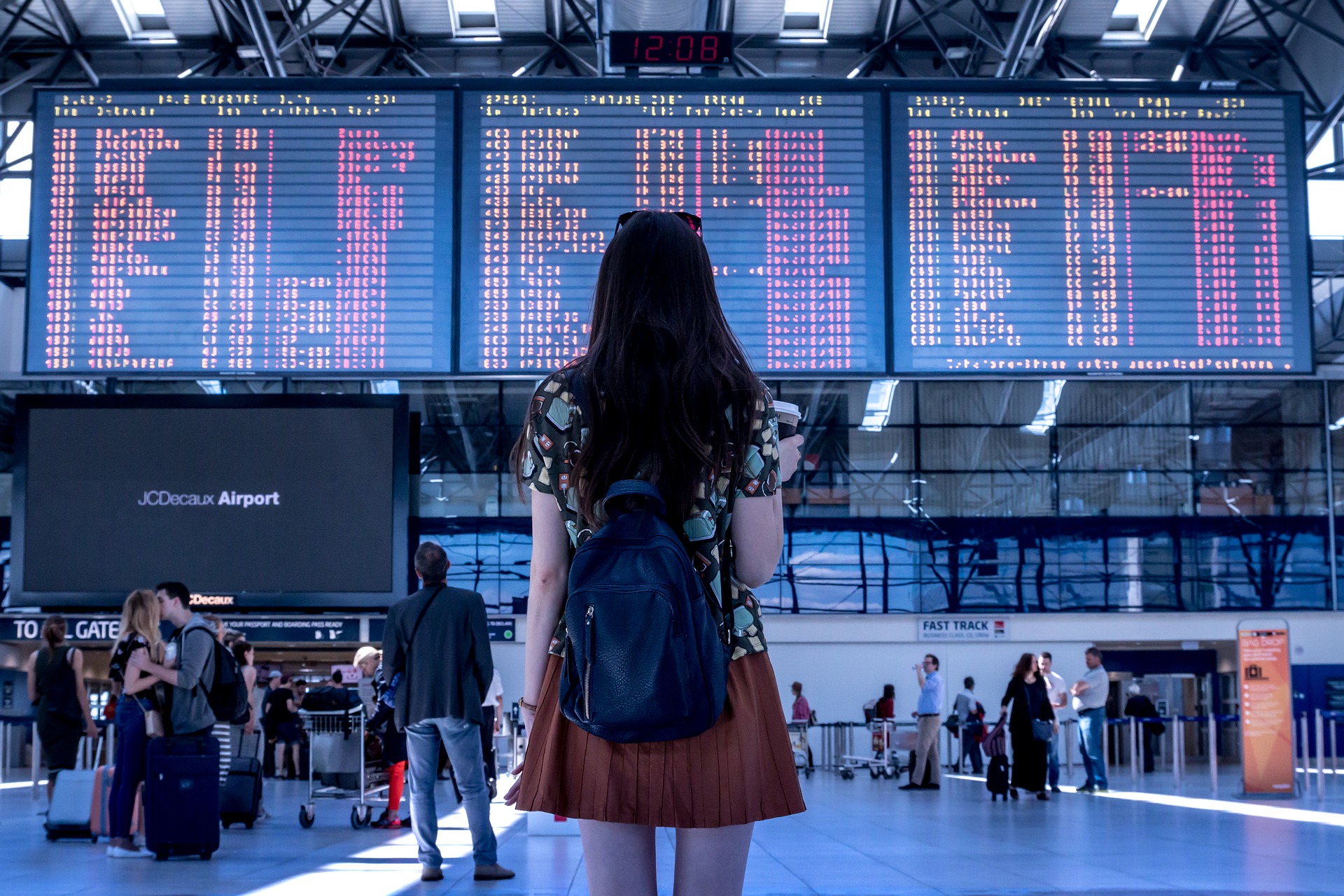 From buying the last quick coffee at the airport to crossing immigration at your destination: Behind the scenes, blockchain might make the travel experience safer, cheaper and smarter.

Industry experts such as global consulting firm Accenture belief that the capabilities of the blockchain might be the perfect fit with characteristics of the aviation industry, such as data sharing of multiple actors and many touchpoints along the travel journey.  And in the buzzing blockchain startup scene, entrepreneurial minds that want to transform the sector are inviting their corporate peers to fasten their seatbelt – the blockchain journey might just be ready for take-off. 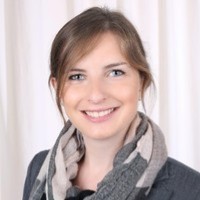 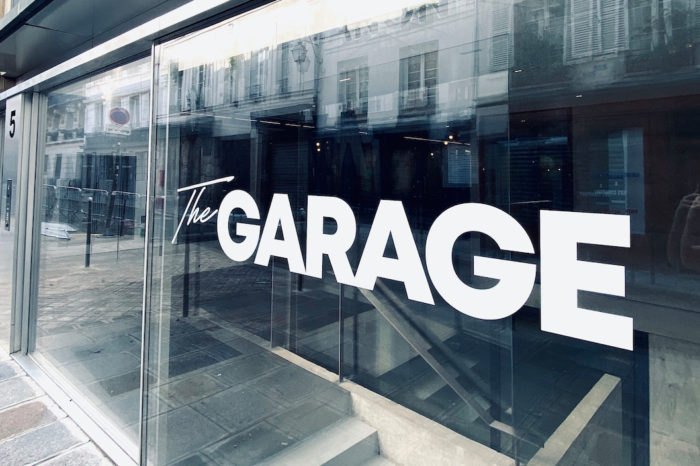 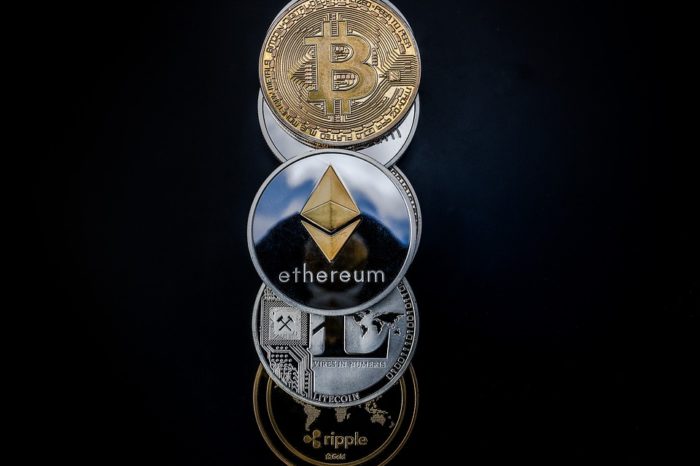 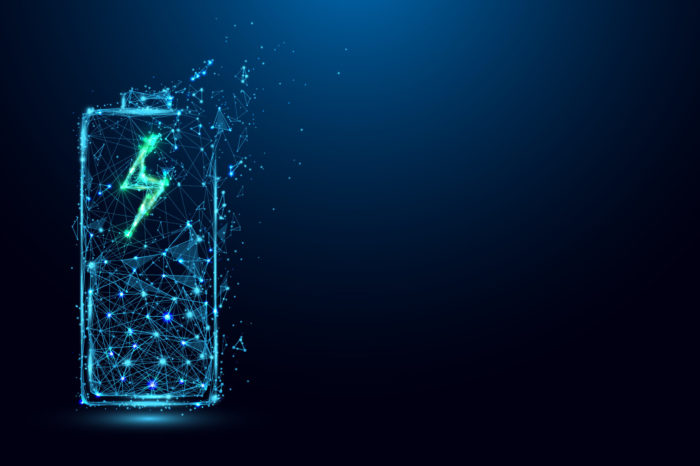 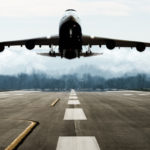