Having a smartphone is cool, but having a smartphone that’s 10 times bigger than the one you put in your pocket is just about 10 times as cool. Austrian startup TableConnect is on a mission to make this happen. Just a few days ago, they launched an indiegogo crowdfunding campaign with the ambitious goal to raise 45.000 euros in 30 days. Four days into the process, they have already received 2.209 euros, which the team say “is not bad”, although they still have a way to go.

Backers can contribute anything from 5 to 100.000 euros in exchange for screen and desktop wallpapers, TableConnect T-shirts, sponsor packs, or even their portrait in the TableConnect office in case they happen to be the “Anonymous Rich Guy” who pledges the maximum amount of 100K. But, of course, before you decide to frame your face for somebody’s wall, you’d probably like to know a little more about them.

Currently, TableConnect are a team of six – the CEO and finance manager, a marketing guy, one responsible for product management and design, and three R&D specialists. But when they first started off, there was only three of them – Stefan Fleig, Nino Leitner and Lucas Triebl. And in the light of all fairness, their journey didn’t start off in the most usual of ways.

About three years ago, Triebl bought a table on eBay, which one of his colleagues quickly realised looked very much like a gigantic iPhone. “The resemblance was too good to pass on; we had to do something with it,” Fleig told inventures.eu. This “something” ended up being a video that illustrated that once connected to an iPhone, the table turned into a massive iPhone itself. It only took a few days for it to go viral (over 3,5 million views), attracting the attention of a number of media outlets. But there was a catch: The smartphone table didn’t exist, and the video was made thanks to Fleig’s special effects skills.

“We did it for the fun of it,” said Fleig, “but there was a thought behind the idea – it makes sense for businesses to have such a product.” The reaction the team got from the public – including purchasing requests, convinced them that they should turn a fake video into a real product.

Where do they go from here?

Up until now, the team has been bootstrapping, and this seems to have been good enough to build their 32-inch prototype. In order to build the bigger, 60-inch prototype, though, TableConnect are counting on raising their indiegogo campaign. “If we reach our target, we’ll use the money to further develop the software and to make improvements to hardware and design,” CEO and finance manager Johann Rath told inventures.eu.

Design, he said, is one of their main priorities at the moment, as their product shouldn’t simply look like yet another screen. “We want it to have the look and feel of a fully-functional table,” said Rath. Spilling your coffee on it should therefore not be a problem – one tiny victory for all coffee junkies out there.

Who is it for?

TableConnect is mainly focusing on the B2B market, with banks, museums and shopping malls being among their primary target, together with companies that can use it for their marketing activities. The team also envisions private individuals as customers. Although the startup hasn’t yet set a price tag on its product, they estimate about 15.000 euros for the 32-inch version, and 25.000 euros for the 60-inch one. “It’s not that expensive if you’re a company buying it, but it is pricey for individuals,” said Rath.

Before they get there, though, they first have to reach their crowdfunding goal. Good luck! 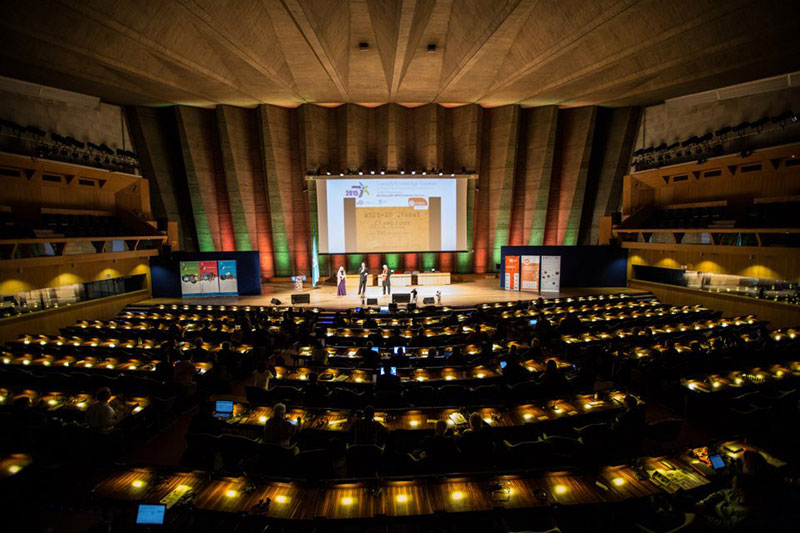 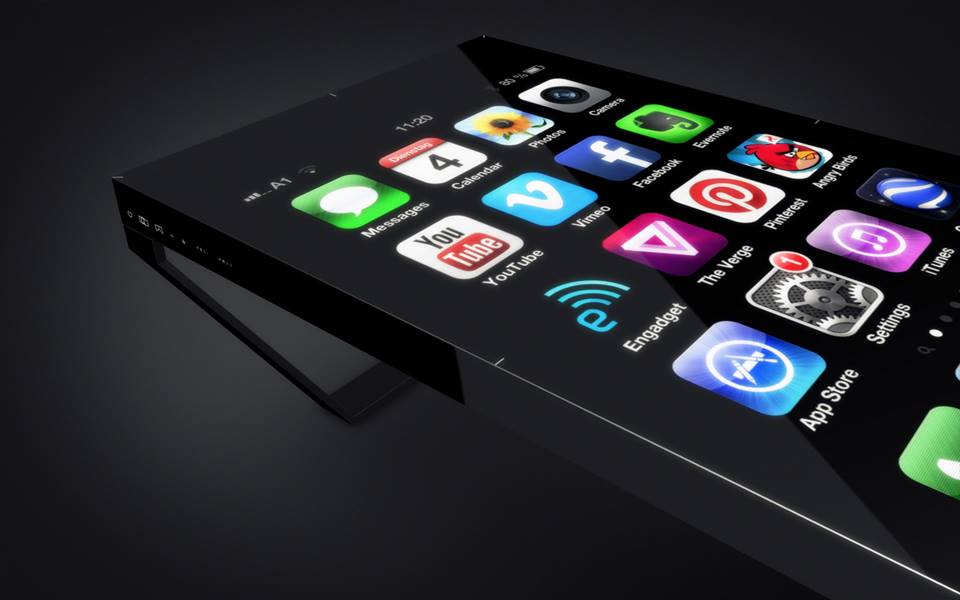