Beauty is, quite often in the eye of the beholder, and this is just as true for romance – sometimes it hides in something as small as doing the food shopping, while other times elaborate plots and a blue French horn come into play. Some people are naturally good at gestures grand and small, but most struggle to come up with great ideas that fit their busy schedules and urban surroundings. This is where Hungarian startup Funspotter comes in – far different from the traditional dating app, it crowdsources ideas for dating locations and experiences that can be ranked in a wish list and used to gently nudge the less creative significant others into action. Simply put, it’s like Pinterest for dating ideas, with an added feature for quick-booking, Zsolt (32) explains.

It wasn’t even called pivoting back [in 2009], but we tried out a new product every two weeks.”

As interesting as the app’s idea is, especially coming from an entirely male team, Zsolt’s own path before Funspotter is even more fascinating. By the time he unwittingly got into the business of romance, he already had one successful exit behind him, selling his previous startup, in 2013. Zsolt is vague on details about that: “Turns out, if you sell a company, it also means you can’t say anything about it, the rights to disclose numbers belong to the buyer,” Zsolt explains and adds with a smile: “It’s good to get to know these things by actually selling a company.”

He does say, however, that he started it with a partner in 2008 and the financial crisis quickly put a wrench in the wheels of their original idea. They had to “pivot like crazy,” after running out of money. “It wasn’t even called pivoting back then, but we tried out a new product every two weeks, and our only goal was to get a product out that makes 10 dollars a day.” Those numbers would allow them to pay theirrent and not starve. 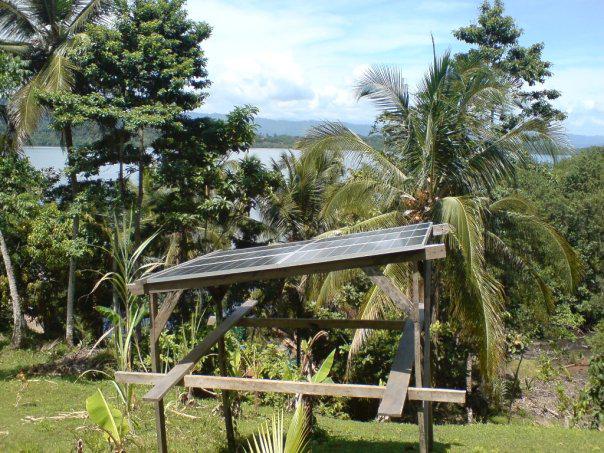 Where in the world would 300 dollars cover you rent and food, you ask? Not in Budapest, and surely not in Boston, where Zsolt’s then co-founder was from. No, they went to Panama instead, thinking that if the company was about to tank, they could at least go down in a place where they enjoyed themselves. So they settled on an off-the-grid private island. “No electricity, except when the sun shines, because we have solar panels, no water except when the rain falls.” The team spent three months there in “in the jungle”, working on new products.

One of these pivot products, an app offering thousands of books for just 1.99 dollars started to take off “like crazy”. In December 2009, it became the number one paid books app on the App store and rent was no longer an issue.

The business of romance

Before the sale was finalised, Zsolt had already his Funspotter’s co-founder Csaba Huszár (23), whom he describes as a true hacker. “I don’t know if there are superpowers in programming, but he definitely has the superpower of producing products by sunrise,” Zsolt explains.

Moving on from fiction to reality, Funspotter started out as just another leisure activity recommendation website, which had Zsolt and his co-founder Csaba Huszár (23) researching how to get people to visit different places. Soon they realised that “what moves people is always other people.” Even if experiences mattered, what mattered most was whom you shared them with. Armed with that new knowledge the team set out to finding a target market they could bring value to and, both being in committed relationships, the struggle to keep the spark alive was not a completely alien concept. Test-riding it in Hungary first, the two soon started borrowing ideas to surprise their girlfriends. 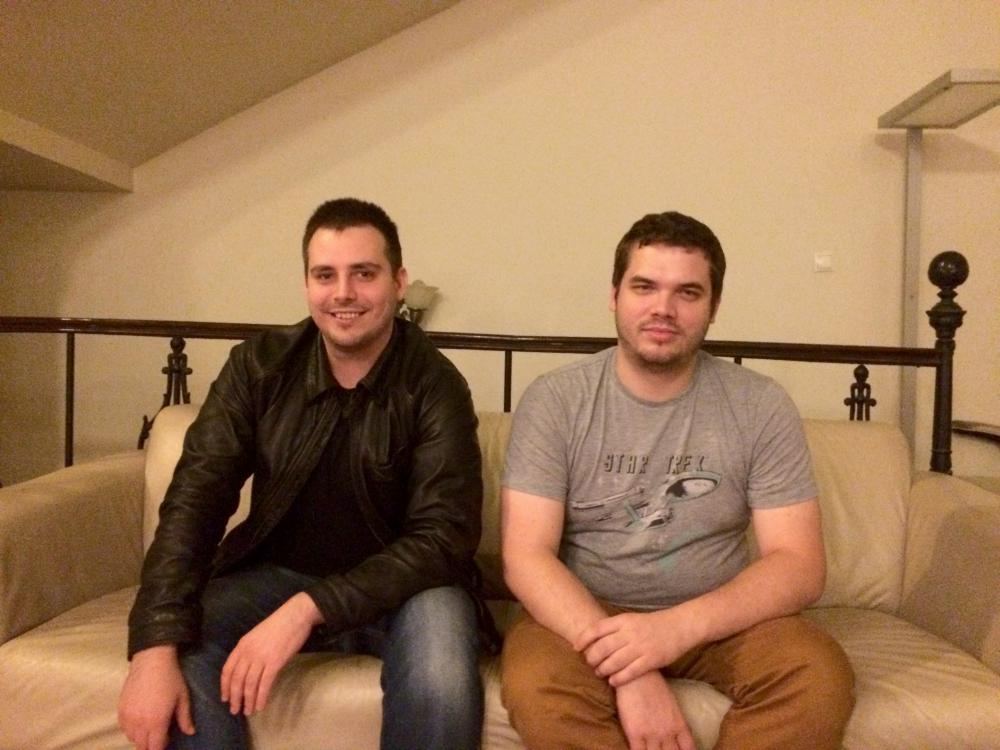 Little by little the team realised that their app had the potential to improve relationships in general. “We are actually working on a serious problem here. This whole romance thing, it takes a lot of effort and planning. It is usually invested in the relationship in the beginning and it goes away with time. And then you have shocking percentages and statistics of half of marriages ending in a divorce,” Zsolt says.

The school of life

I found the magic words: ‘gasolina’ and ‘dolares’…”

Speaking of improvements, Zsolt sees every challenge as an opportunity and snatches every chance to hone in his business and people skills. When he was young, he couldn’t really dance and was shy around girls so he decided to “solve both these problems” by becoming a go-go dancer. “No stripping, just dancing in a uniform in clubs,” he quickly clarifies.

Claiming that all his hobbies (and those include fire-juggling and being a licensed bodyguard) have a deeper meaning, Zsolt explains that they helped him become a great problem solver and gave him the extra soft skills that turned him from a developer into a CEO.

Life in Panama was also a wealth of lessons, he says, recalling how once their boat ran out of fuel and he managed to convince a water taxi driver to “steal” some fuel off his boss’ boat, and give it to them. “I only spoke about 20 words in Spanish, and he didn’t speak any English, but I found the magic words: ‘gasolina’ and ‘dolares’,” Zslost laughs.After that ultimate persuasion experience, he knew he wouldn’t have trouble selling anything else.

Reaching for the stars & stripes

One of the best business decisions I took in general was to always do something close to the US.”

Relying partly on those great persuasion skills, the Funspotter duo secured support early on in the face of Peter Kadas from newly-founded Hungarian accelerator Traction-Tribe. “The first accelerators in Hungary did it totally, totally wrong,” Zsolt says, but he and Csaba liked Peter’s US-inspired approach. “He just set out to build the one accelerator in Hungary that does everything properly,” Zsolt explains.

Not wanting to offend anyone, he quickly adds that what he particularly likes about Traction Tribe’s approach is that it builds on the best practices Peter learned in the US and it gets companies overseas early on. “One of the best business decisions I took in general was to always do something close to the US, even if the work is done from Hungary,” Zsolt says.

This is why, after their app was first available in Hungary, they went to Boston and did the official launch there, six weeks ago. They launched a minimum viable product, which, Zsolt admits is really the bare minimum to see whether all of their knowledge from the Hungarian market would still hold true: “We just wanted to make sure it is working and people are using it. The retention numbers just blew our minds. We have roughly 3,000 downloads now, and even though we didn’t upload any new information, apart from the initial 10 dating ideas, people kept coming back, upvoting and dismissing them.” 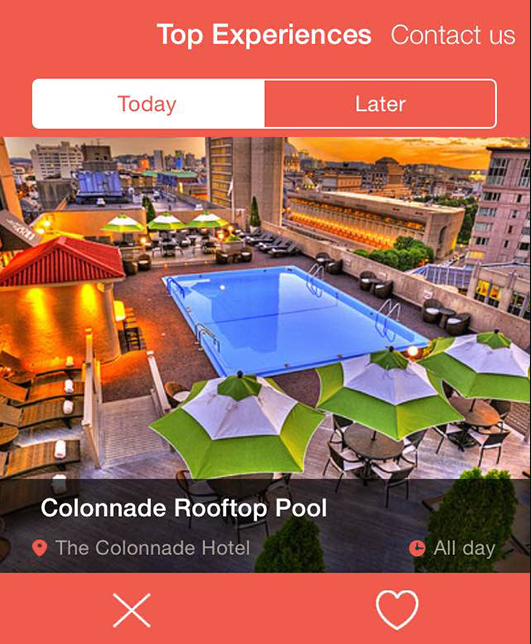 This gave them the needed confidence and they are about to launch in five more US cities by 20 October. While they still haven’t really settled on a revenue stream, they are discussing several ideas, including direct purchase options from the app. With their aim to “helps romantic encounters happen on a regular basis,” there are also many auxiliary services to tie in – like babysitting for example.

And what of their European customers? Zsolt explains that the biggest challenge is getting the initial lists of dating suggestions for each city. This is why, when they launched in Boston, their landing page invited users to “unlock” other US cities by sending in a suggestion of their own. Once the dating spots hit 200, the cities will unlock. “Right now we have everything set up to launch new cities – that is why we are launching five at once,” Zsolt says. “So if people come forward with great date ideas for Europe, we can totally launch here too.”

And they have made it their business to listen to ideas too: “I know that two guys, working on a romance app sounds like a recipe for disaster, but we have made it work by talking to a lot of romantics,” Zsolt concludes. 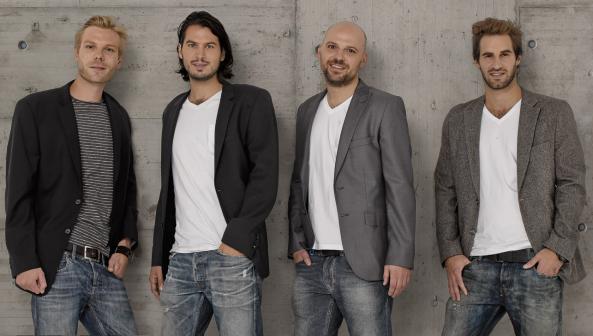 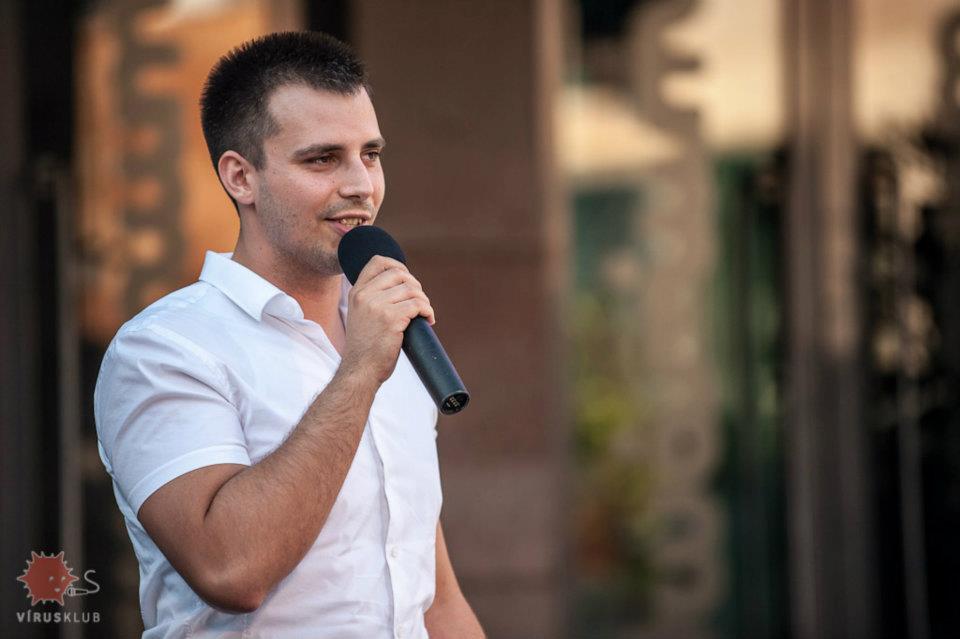