“Oh, this is exactly what I thought – ‘Best Game’ goes to REDOX Game Labs for Noomix!” announced Ubisoft Montreal’s Colin Graham a couple of months ago as he revealed the winner of this year’s Austrian Computer Graphics Award (ACGA) in the Best Game category. It seems the startup from Salzburg didn’t have a hard time convincing the international jury about Noomix, their third-person action-adventure game with a strong focus on individual gameplay.

The team around REDOX’s CEO, René Baumgartner, has definitely come a long way since their university days at the University of Applied Sciences (Fachhochschule) Salzburg, where the group of friends developed Noomix as the final project for their Master’s degrees in Multimedia Technology and Multimedia Art in 2012. A couple of international prize nominations later, they became aware of the game’s potential outside of the academic world, which raised the question: Should they develop the game further as a hobby project or do it “properly” by starting a company. “Luckily, we chose option number two,” Baumgartner said.

A spinoff in Salzburg

In April 2014, Baumgartner and the eight other team members founded REDOX GmbH as a university spinoff. With support in the form of infrastructure and coaching from BCCS (Business Creation Center Salzburg) and in the form of financing for their R&D activities from the FFG (Austrian Research Promotion Agency), the startup is now well on their way to establishing themselves in the video-game industry. 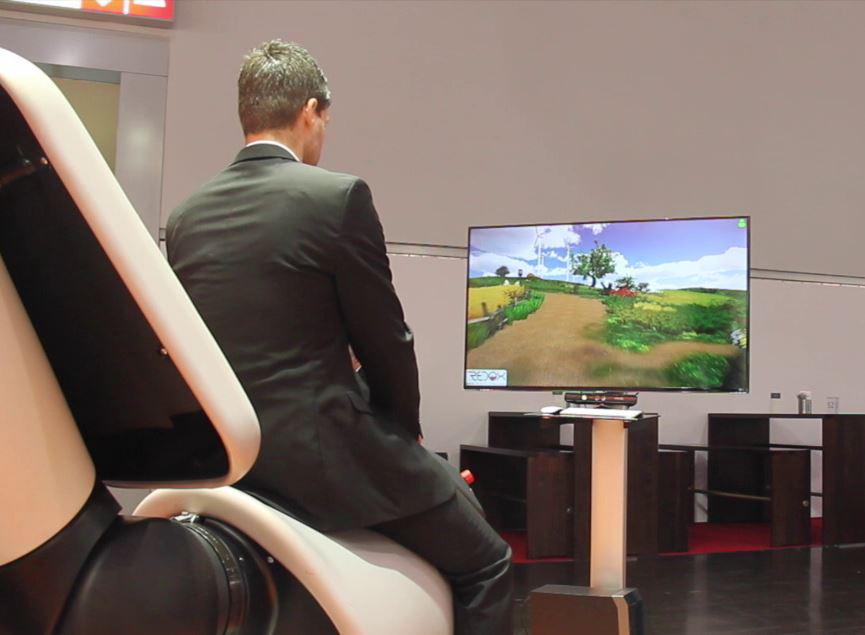 In November 2014, REDOX acquired RCP (Remote Control Productions) as “a strategic partner with great experience in the video game industry,” says Baumgartner. Another important partner was found in Linz-based intelligent motion gmbh (read or profile later this week), with whom Baumgartner and his team have been working on the project hirobVR, a virtual-reality system for rehabilitation robots. The first prototype of hirob was showcased in mid-November at the MEDICA trade fair in Düsseldorf, Germany, the biggest event for the medical sector worldwide. “The feedback for our virtual-reality solutions in the field of healthcare robotry was great,” says Baumgartner.

Backed up with this positive feedback, REDOX wants to develop the hirobVR further, while simultaneously creating new characters and features for their game Noomix. Besides these two projects, REDOX Game Labs is also active in the field of Serious-Games (training and educational, rather than merely entertaining, in nature), developing instructional apps for employees of a big hotel chain and a training app for pilots of a European airline.