“I’m really Viennese, but with a German passport,” says Dr. Amitava Kundu (39), founder of ab&cd innovations – a Vienna-based startup that provides sustainable and resource-efficient solutions to the chemical industry. Born in Berlin to an Indian chemist father and a German kindergarten-teacher mother, Amitava and his family moved to Vienna while he was still a baby. Bored by his chemistry classes at school, he initially chose to study medicine, but he didn’t want to end up working in a stressful hospital environment. What he did find interesting, though, was spending time in the laboratory, so he began studying chemistry at Vienna’s Technical University in 1997.

After eventually getting his PhD from the Institute for Inorganic Chemistry at the University of Vienna in 2009, he could have followed in his father’s footsteps by landing an academic position or, like so many of his colleagues, obtained a well-paid, risk-free job in the petrochemical or pharmaceutical industry. But Amitava is not your typical, white-coated lab scientist. Despite having no entrepreneurial background to speak of, he just knew that he was the entrepreneurial type. “It’s just in my makeup. I like to take action, to realise things, not just have the idea. I always knew that I can be more passionate about doing something on my own as opposed to for another company or person.”

A some point after his PhD studies, Amitava made his big discovery. But even more importantly, he figured out a way he could capitalise on it.

He knew that the global supply of glycerol – a waste by-product of the biodiesel and fatty acid (palm oil and soy oil) industries – is abundant; and that the biggest consumers of glycerol are the pharmaceutical and cosmetics industries. What he observed, however, was that the steadily increasing oversupply of glycerol did not translate into selling more glycerol-based products. “Glycerol prices dropped from 1,500 euros to 150 euros per ton. I realised I could close the gap between the oversupply of glycerol and the rise in demand for lactic acid, which can be used in various industries, is the main feedstock for biodegradable plastics (polylactic acid) and is very useful for many specialised products, such as bio-absorbable medical implants.”

After finishing his studies, he knew that he had to act quickly. “I knew I couldn’t afford to build my own lab and obtain the necessary public licenses,” recalls Amitava. “So I asked my former Dean at the Institute for a small lab space to do my own research. I offered to buy my own chemicals and pay rent.” This is how he ended up in his small, narrow lab at the University of Vienna’s Institute for Inorganic Chemistry.

Before starting his research, Amitava took business courses for about three months and acquired valuable info on how to manage and market a business. He then went back to the laboratory and after another three months obtained the results he’d expected. Always focused on starting a business, not just publishing his results, he spent more time finding a way to make his results profitable. Finally, he wrote up a business plan and started to look for funding.

From an idea to a business

The best thing I got from INiTS was the network – connections with other startups and connections to patent authorities.

Every few months, INiTS – the Viennese centre of Austria’s AplusB entrepreneurial business incubator – held presentations at the university. “I attended one called ‘Have an idea? What next?’ I was inspired,” Amitava remembers. He did exhaustive research on different sources of public funding. “AWS seemed the best possibility for me and the most flexible in terms of my needs.” In 2011, he received pre-seed funding of about 190,000 euros, was accepted into INiTS’ incubator program and founded ab&cd innovations in February. “ INiTS knows that most of us scientists are great inventors but lousy businesspeople,” Amitava says. Their workshops, seminars and one-on-one mentoring were invaluable to me. The best thing I got from them was the network – connections with other startups and connections to patent authorities.” Indeed with a national patent already secured, Amitava is now working on obtaining an international one.)

ab&cd stands for “Advanced Biocommodities and Chemically Developed” Innovations, but the real reason for the acronym is “so that we are always listed first, alphabetically,” says Amitava with a wink. “I started off on my own, but after six months I took on my first employee – a chemist. She did most of the lab work and I did everything else, from the business plan to the patent applications, developing more ideas, finding potential customers and partners for new projects.” A third person was added to the team in 2013 to do marketing and communications.

Amitava knew that he had to diversify his product offering, not only to lower risk but to generate some revenues while the main glycerol-lactic acid innovation awaits its pilot project. They developed some sustainable, eco-friendly industrial cleaning agents. They also offer consulting services to industries seeking ways to recycle their waste products into value-added chemicals. The latter earned them a partnership agreement with Saubermacher, Austria’s largest private waste-disposal company.

There are also other planned products and cooperations in the pipeline.“We now have a lot of ideas but not enough people to make them happen,” bemoans Amitava.

“Right now our turnover from our other products and cooperations is not enough to run the whole business, but perhaps we’ll break even next year.” In 2015, he also plans to complete a medium-scale pilot project for the glycerol conversion and finally be able to begin scaling it up for industrial levels.

Amitava estimates that he currently needs about 800,000 to a million euros of investment: “We have to put a lot of time and money into development. Investors expect to get a quick ROI, so the first few years have to be financially viable. At this time, we haven’t talked with VCs but are still searching for public-sector support.”

“When the pilot project succeeds,” says Amitava confidently, “we’ll go back and optimise. It won’t fail, but it might take a bit longer than expected.” He sees little risk in the enterprise: “the other ways to convert glycerol into high-value chemicals are either not cost-effective or yield products not as lucrative as lactic acid. Amitava claims to have a long list of potential customers for lactic acid on standby, just waiting for industrial-scale production to begin.

Having fun and looking forward

Years ago, Amitava made a decision that no matter what he’d ended up doing, he’d have fun with it. “Now I think about 90% of what I do is fun for me,” he boasts. He has no regrets about hanging up his white lab coat: “If I want to, I can get back in the lab. But more exciting is developing new ideas.” 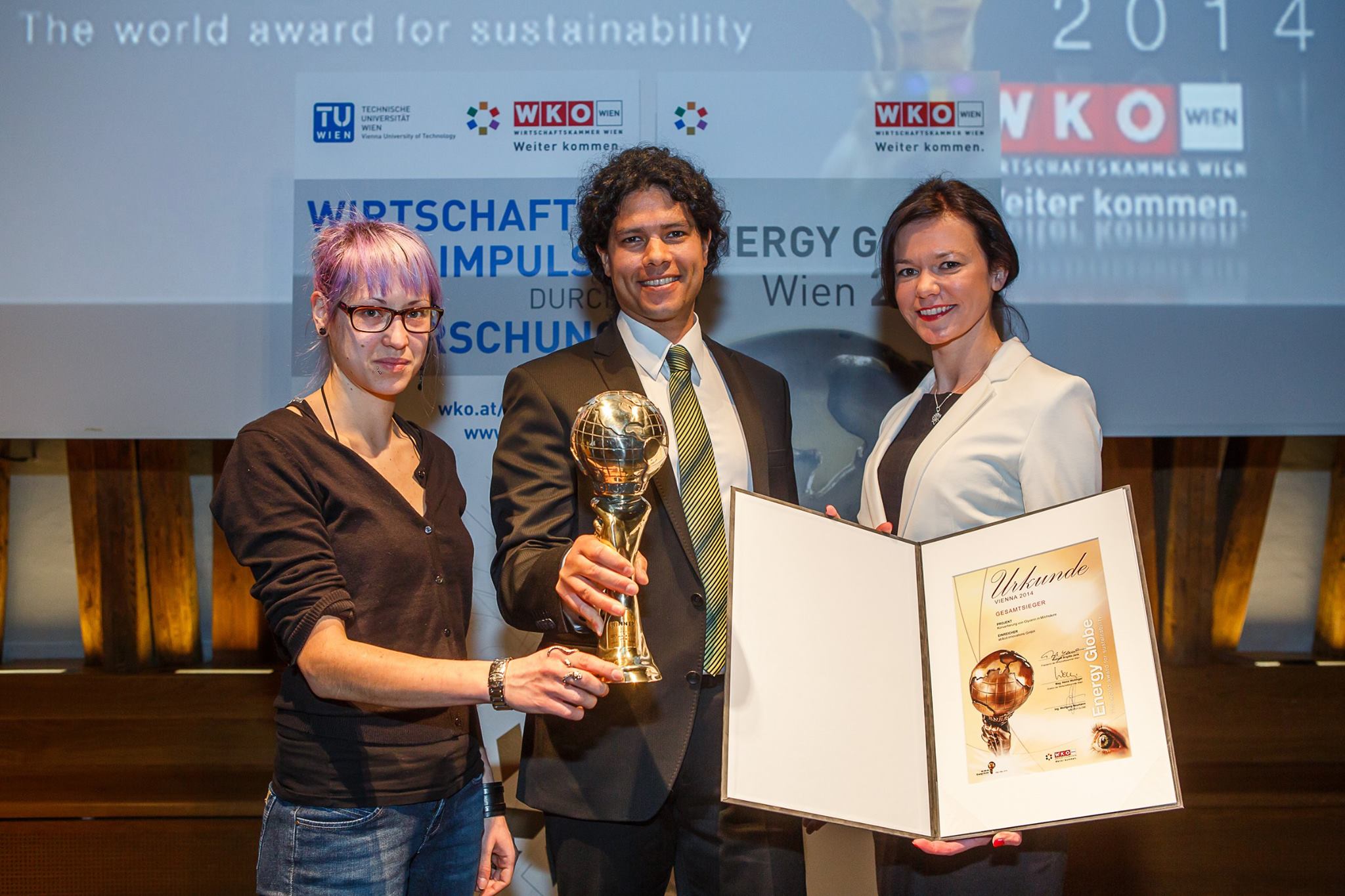 ab&cd’s ideas have already won awards and recognition. In 2013, the company won the Environmental Award of the City of Vienna, followed in 2014 by the Vienna Energy Globe prize.

Would Amitava ever simply sell his idea and patent outright? “Even if someone offered that to me I’d still want to have some part in the development. I don’t want to sell my company and go to Hawaii or Thailand, but rather reinvest in my efforts, bring on more employees to work on several projects at the same time.”

If he strikes it big, he also envisions being a business angel to others in his field. “Scientists will be more willing to become entrepreneurs if they see that others are succeeding at it. It’s not too common that people in my field also have business know-how, but if someone asked me, I would definitely help them out – right now, not financially, but absolutely as a mentor.” 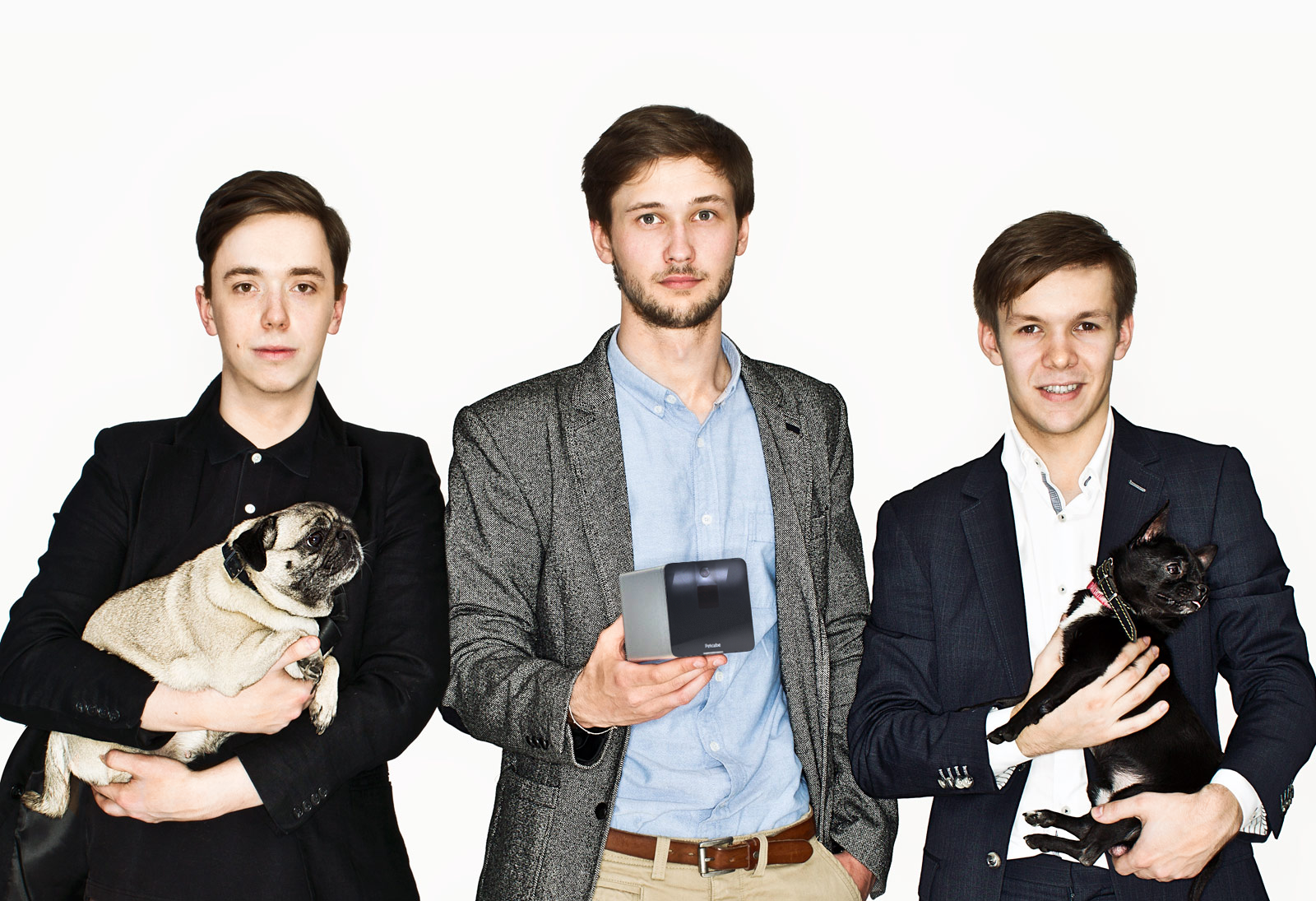