The EBAN (European Business Angel Network) Congress – the “most important event of the European angel investment scene” – was held in Vienna this week for the first time. For two days,13 and 14 May, the city – or at least – the congress venue (Haus der Industrie) – was bustling with financially better-off individuals looking for ways to invest their capital and to share their experience and networks to support innovative business models – a species otherwise known as business angels.

Organiser of the event was the Austrian Angel Investor Association (AAIA), which was initiated by Selma Prodanovic and Stefanie Pingitzer in October last year with Hansi Hansmann as their president. It just so happens that the association also won this year’s EBAN Award as “Best Performing New EBAN Member.” 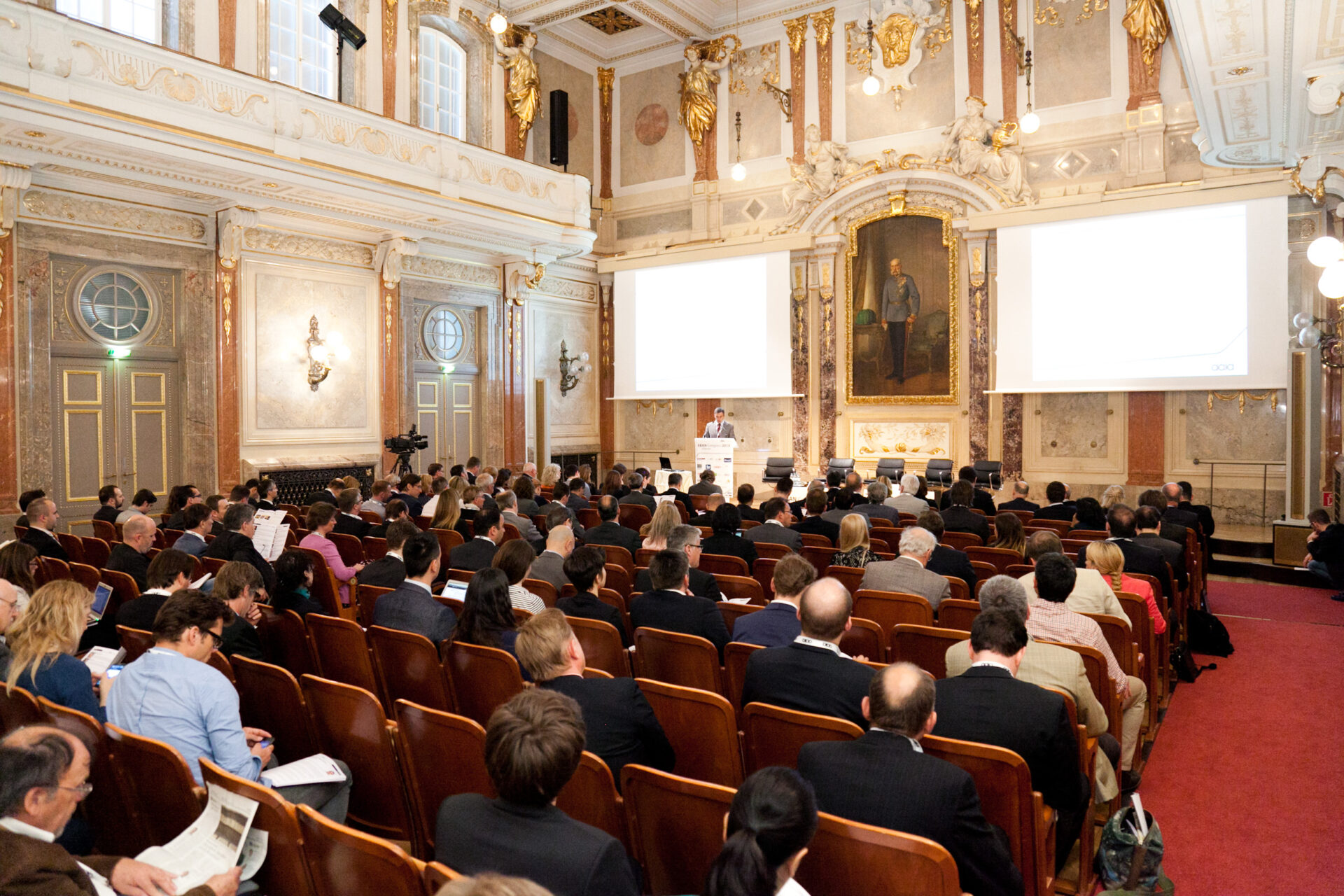 The venue. Credit: Austrian Angel Investors Association/APA-Fotoservice/RastegarAAIA President Hansmann and CEO Prodanovic, two key figures of the local business angel community, were seemingly happy to have brought the prestigious annual event to Austria. While the reported 300 attendees did not appear to have been present for most of the sessions (as it tends to go with congresses held in beautiful cities), quite a few startup founders did not want to miss the chance to pitch their ideas to potential investors. Theycame to the event with high expectations – and some of them left with interesting connections. One startup even won a prize in the event’s Shared Deals competition: moodme from Luxembourg, who have created an app that can turn snapshots into animated 3D faces “showing emotions.” Also presenting were Austrian Kochabo (represented by their lead investor Oliver Holle) and upcoming investment fund Media4Equity Invest.

A rare but growing species in Europe

Business angels are still an underrepresented group of investors in Europe, particularly in CEE. Organisations like EBAN and AAIA aim to change that by raising awareness among private capitalists, politicians and the broad public – for investment opportunities as well as the fact that business angels help create jobs. A statistic that Luis Galveias, Director of the Secretariat of EBAN, presented at the congress showed that the sum of investments by European business angels in 2012 still only amounted to a third of the one in the US (5,1 billion versus 17,4 billion euros). But there has been an increase in more recent years.

As EBAN’s survey revealed, the number of European business angel networks has risen from 66 in 1999 to 460 counting about 260.000 investors in 2012. The leading countries in Europe as far as their business angel activity is concerned are the UK, Spain, France, Germany and Sweden; followed by Ireland, Switzerland, Portugal, Italy and Turkey. In the list presented by EBAN, Austria came in at 14th rank, with Serbia in 17th place as the only additional CEE country. The average amount invested by business angels in Europe was 1,1 million euros with Finland having had the highest investment amount of 7,1 million euros while Austria was just above average. Considering that Austria is the 6th richest country in the world according to GDP per capita and has a high number of wealthy individuals a.k.a. potential investors, the low rate of angel activity could be interpreted as an alarming statistic.

However, as for support for public-private co-investments of business angels, Austria seems to be at the forefront. As Bernhard Sagmeister of public funding bank AWS pointed out, Austria is the third EU country (after Germany and Spain) to have installed a public-private business angel fund. The fund, which was started early this year encompasses 20,5 million euros to be doubled by private investors (see our previous report). So far, AWS has received 10 formal applications for by business angels and has a pool of 200 potential investors in their network. 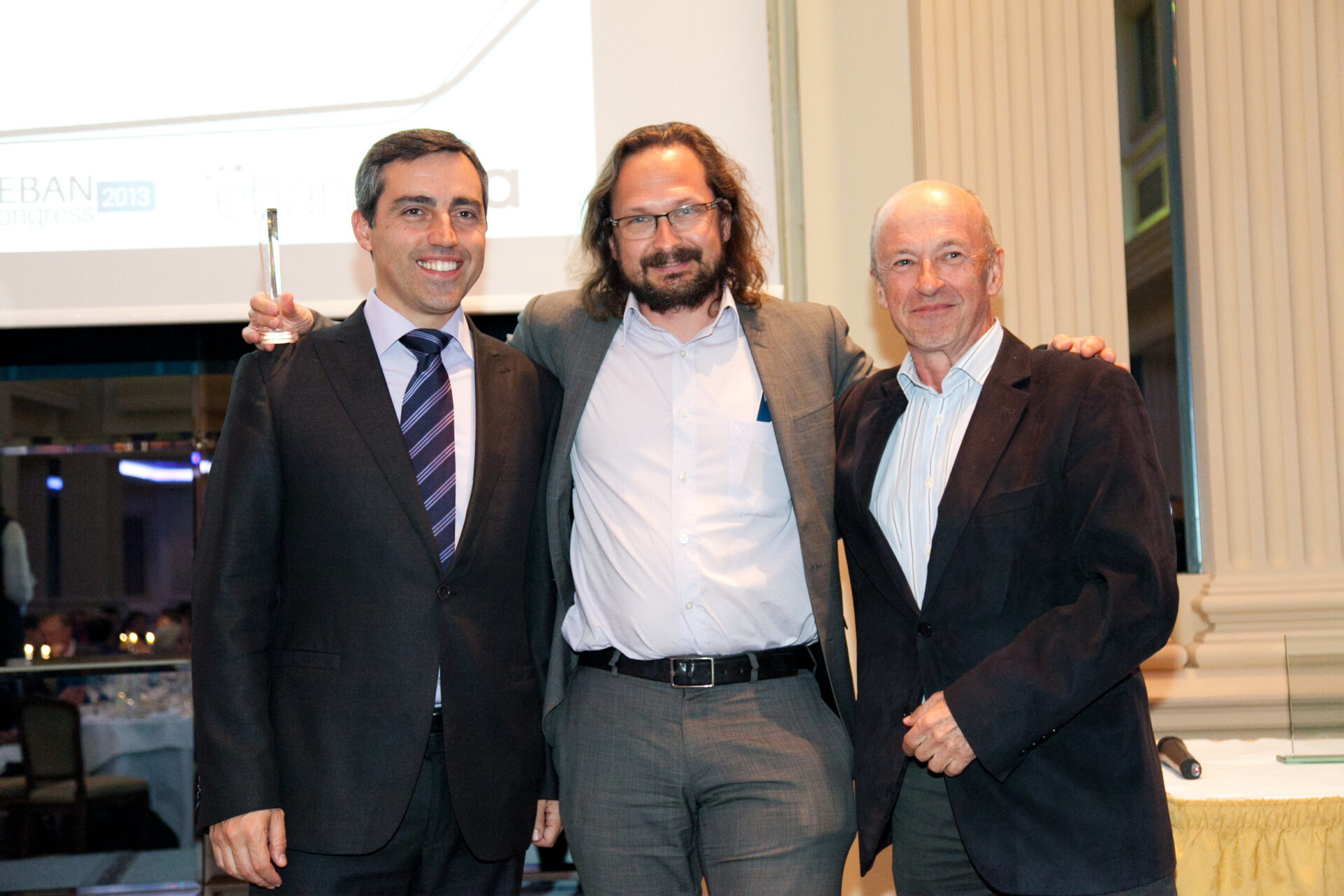 EBAN President Paulo Andrez, Stojanović and Hansmann. Credit: Austrian Angel Investors Association/APA-Fotoservice/RastegarNot least through the efforts of the likes of Hansmann and Prodanovic, the scene is gaining more prominence in Europe, which seems to follow a global trend. As Jim Connor of US Sand Hill Angels pointed out, “The traditional VC investment model has seen its best days and is gradually becoming replaced by super angels.” In a panel titled “The Rise of European Super Angels,” Connor presented three of them: Hansmann himself, as well as Swedish investor Dušan Stojanović of True Global Ventures, who was awarded “Business Angel of the Year 2013” at the event,and Ari Korhonen of Finnish Business Angel Network FiBAN, all of which have an entrepreneurial background.

What do Business Angels want?

Asked about their personal motivations, it was interesting to see that although “super angels” tend to be characterised by their focus on specific fields and their quick decision-making skills, they can have very different approaches to investing. While Stojanović, who has invested in 25 ventures all over the globe, emphasised the exit as his main driving force (he’s apparently had three of them), Hansmann pointed out that to him having success as a business angel is more about “building up a cash flow-positive and sustainable company that is nice to work in”. The Austrian business angel has invested in 21 ventures since 2010, among them Austrian mySugr, Whatchado and Diagnosia, and considers his role as that of a partner and a “wise old man.” Korhonen, who has made 43 investments in 23 companies, is sure that through the local success stories of startups, founders will become business angels themselves, and named the Finnish founders of Angry Birds as an example.

What was common to the super angels, is that investing in high-risk ventures is essentially people business. Hansmann, Stojanović and Korhonen highlighted that spending time with the founders and assessing the founding team was crucial for their decision-making process. “I invest in people, not in companies,” Hansmann famously says. Business plans only seem to matter at second instance.

Where are the women?

What was noticeable at the event, was the relative lack of women. This issue was also brought up by organiser and self-proclaimed “business angelina” Selma Prodanovic. Citing a study of Business Angel Fund SpeedInvest with the result that 2% of founders were females, Hansmann stated that that he was “desperately” looking for them, since he believes they possess professional qualities that males cannot provide. Stojanović saw this more pragmatically, saying it was important to at least have women in founding teams, since they know best about female customers. Korhonen believes there is a share of 3-5% of female business angels in the Finnish network.

Apart from Hansmann, who is currently on a self-inflicted investment embargo, Stojanović and Korhonen said they were happy to be pitched ideas by founders, particularly from the web sector – so feel free to contact them or meet them at the next EBAN Congress in Dublin next year. Who knows, as Peter Braun of Swiss Mountain Club pointed out, there might even be a potential business angel in your personal network – so you might as well justcontact them or refer them to Vienna’s newly founded Business Angel Institute. After all, as both Braun and closing keynote speaker Veit Sorger, an industrialist and chairman of AAIA’s advisory board, also known for his dubious contributions to Austrian cronyism, stated: “There is an angel in all of us.” 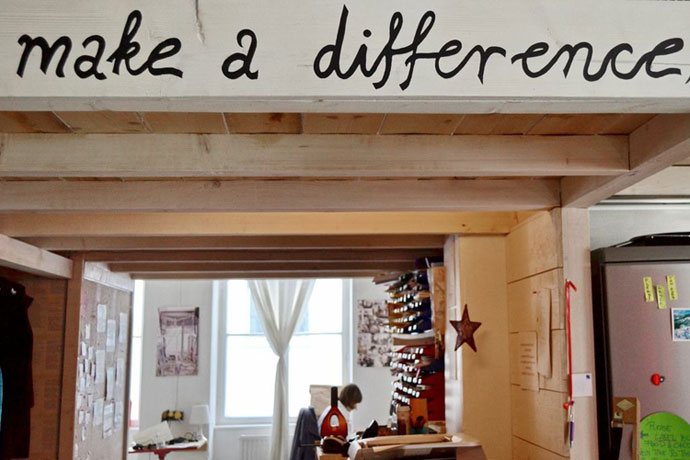 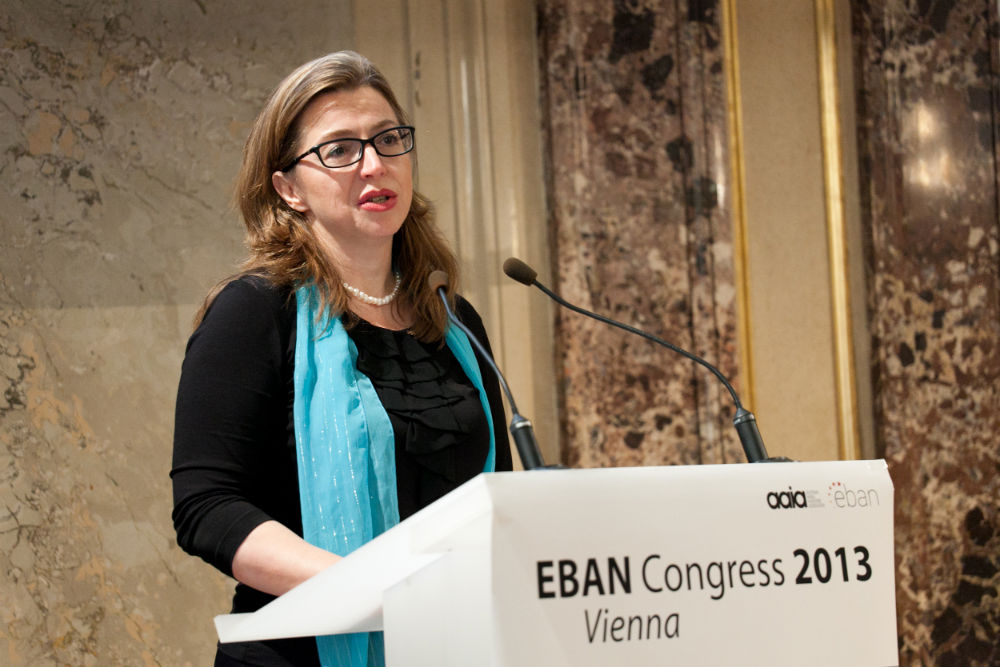