Targeting mostly K12 students (13-18 years old), Brainly combines educational technology or edtech and crowdsourcing with a zest of social networking, all blended into a colourful website. Once registered, users can post their school-related questions in topic-specific categories and patiently wait for members to answer them, usually within ten minutes, solve featured problems and engage in chit-chat with fellow users via their profile.

Based on peer-to-peer social learning, the free Q&A service reminds of a troll-free version of Yahoo Answers and of Quora, yet with less life lessons. The platform praises itself for the quality and accuracy of the answers provided by its active community, thanks to students’ keenness on helping each other.

A cheating tool? Not necessarily. In order to prevent lazy students from relying on strangers to do their homework, a system of points rewarding the rapidity and the amount of answers provided, which also are set up as an incentive to get users involved on a gaming level, aims to regulate and speed up the Q&A process.

Additionally, over 400 handpicked volunteer moderators contribute to Brainly to ensure the content’s reliability and monitor the attribution of points. “On new versions we spot the best users, while on the older ones, there are too many people who want to moderate, so we have recruitment processes based on applications,” adds Brainly spokesperson Jakub Piwnik. 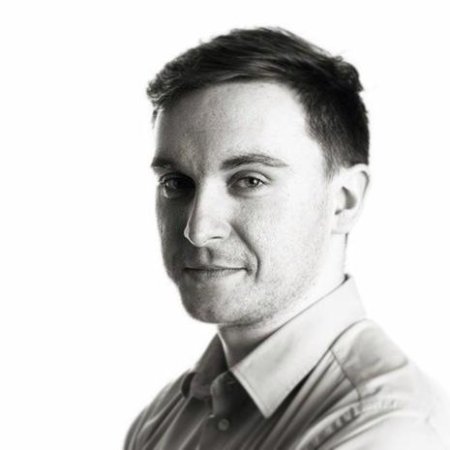 CEO Michał Borkowski; Photo credit: BrainlyThe idea of Brainly came to young graduate Michał Borkowski, who was looking for a way to link his interest for education with the knack of entrepreneurship that he inherited from his parents, both running a small business since he was a child. “That inspired me as I was watching them all the time, constantly thinking about how to scale it, so I guess this was always something that I wanted to do.“

In spite of holding a degree in Corporate Finance, which as he points out “may not sound much like aiming for a startup career,” Michal used his background in Q&A platforms to found Zadane.pl (first version of Brainly) in Krakow in 2009, together with current CTO TomaszKraus and Lukasz Haluch, both passionate about education as well. “I guess that at some point I understood that Brainly was what I sought to do in my life,” he says. The initial capital secured by the three co-founders, it wasn’t long before the platform took off and became one of the most important educational sites in Poland.

Rocking the Polish market with reportedly 2 million monthly unique users after the first year, the startup soon considered expanding to foreign countries, starting with the launch of znanija.com designed for the Russian market.

Carrying on its global development plans, the startup branded itself as Brainly in 2012, and raised 500.000 dollars from Berlin-based VC Point Nine Capital and Polish angels including Goldenline founder Mariusz Gralewski, a round that actually enabled them to grow internationally. “Thanks to it, we launched the Turkish and Brazilian versions, which are now performing outstandingly,“ Michal says.

After five years of activity, the company is now boasting over 25 million unique users worldwide, and operates twelve localized platforms from Poland to Indonesia,  including seven distinct websites such as e-aufgabe.de in Germany,  misdeberes.es in Spain,  eodev.com in Turkey , brainly.com.br in Brazil and brainly.com recently launched for the US market, which already counts over 50.000 users.

“Globally speaking, we are the biggest educational resource after Wikipedia,” Jakub tells inventures.eu, specifying that there are other players who do Q&A such as Quora, but they are not strictly educational like Brainly.

Creating a product used by 25 million users in 35 countries represents a particularly gratifying achievement for Michal, as doing something meaningful and leaving a footprint have always been part of his personal life goals. “I’m very passionate about education, so it feels great to be doing something useful for the world in that field,” he says.

To complete their online offer, Brainly launched namesake smartphone apps in different languages for students on the go earlier this year.  Although they are already about to hit two million downloads, the team is currently working on improving the experience on mobile devices to supplement the e-learning process better.

The future of Brainly 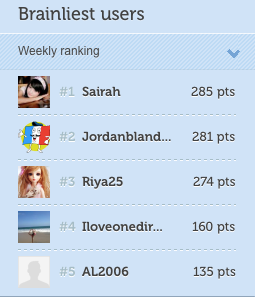 Brainly’s point rewarding system for users; Photo credit: http://on.fb.me/1pKsqMnMichal and Jakub don’t disclose business details, yet they declare that monetisation is not on their focus now, as their priority is to expand their user base around the world. “We understand that there are many ways in monetising a crowd learning platform and we will definitely want to explore it in the future” Michal says.

His main focus these days is bringing senior talents to his fast-growing team, whose headcount will soon pass sixty employees. “The challenge is difficult and exciting at the same time, so it’s pretty much what we like most,” he says, adding that the Brainly group wants to dive deeper into the learning process and discover new opportunities.

“There is still much to be done in education and we know that this is something we want to influence and enhance,” he says.

Open innovation between startups, corporations at heart of Health.Pioneers in Vienna
Read Next