At 24, Michal Lipinski-Harenberg has founded a company with two friends and landed a major deal with one of Europe’s biggest academic institutions, the University of Vienna. At the end of October, the three students of business administration launched their first product: uniVerso. The mobile app will help students find direction in university life. Finding direction has also been a personal issue for Michal: Before striking roots in Austria, he was in search of his own.

Clean cut, smart and outgoing – Michal Lipinski-Harenberg is one of the upcoming entrepreneurs in Austria. Just four months ago, he founded the company Linis with two friends, Richard Scheuerlein and Gerhard Nimmervoll. On 23 October, in time for the new semester, they launched their first product jointly with the University of Vienna: uniVerso. The mobile app is the first of its kind to provide help and direction for university students at the German speaking region’s biggest higher educational institution. Finding direction has also been a central part of Michal’s own life. Growing up in Germany, the son of a Polish mother and a German – as he later found out – stepfather, Michal was faced with questions of belonging early on. His biological father of Palestinian origin had left the family when Michal was two years old, as he learnt later on. “As I got older, I started wondering why my dad had blonde hair and why mine was black. Where do I belong to – Poland, Germany, Palestine?”, Michal reflects. “So, I have dealt with finding direction myself for a long time.” As a young entrepreneur in his own right, Michal, it seems, has found direction with uniVerso by providing it to others.

Cook up an idea, build a dream team and go

Michal is not one to wait for things to happen, he takes life in his own hands. When a friend approached Michal to join him in Vienna to study, he was quick to take action. “I had a look at it on Google Street View and one week later I left for Vienna”, he recalls. Much in the same way, the idea for uniVerso was cooked up over a chat in the kitchen with his friend Richard. Michal had already gotten involved with starting up an app providing taxi services, Get A Taxi during his studies of business administration at the University of Vienna. So, when he and Richard were discussing the struggles of student life – managing your own time schedules, finding your way around the maze of lecture halls and corridors – he knew that finding a solution to these problems could be turned into business. In one of his statistics classes, Michal met the missing link to make things click – Gerhard. “Gerhard was quite the cunning fox. He had it figured out.” But Michal is fast to point out that it’s not just a good idea, know how and a certain degree of street-wiseness that matter when getting into business: “Only start a business with people that you could easily live with for at least half a year.” With a concept in mind and a dream team set up, uniVerso was almost ready to go. 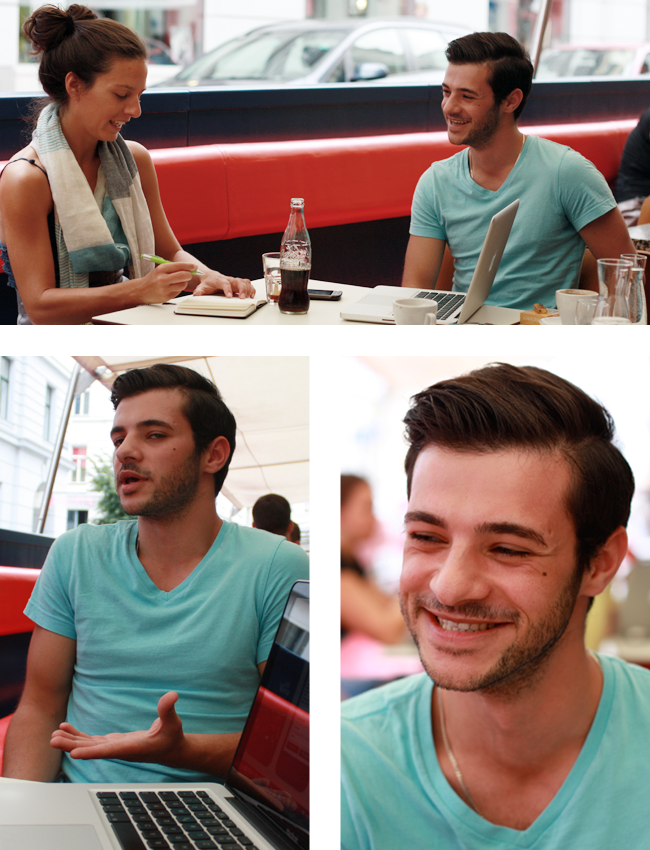 The Erste Bank GO! Gründercenter (founder’s centre) helped the three young entrepreneurs develop a business plan and establish a company, Linis GmbH (Inc.), in order to get their product out on the market. Besides providing expertise, the GO! Gründercenter has opened doors to a business network for Linis. So, again, it was not just the idea, the brains and the chemistry that got things rolling for Michal, Richard and Gerhard. Besides being able to get in touch with other businesses and opinion leaders through GO!, all three of them are lucky enough to have a close network of family and friends that stand behind them. “My parents support me by sharing their work and life experience with me and I am blessed to have good friends that I can rely on.” Michal sums up the benefits of having people to get your back. Nevertheless, Michal, Richard and Gerhard started Linis in June 2012 financed mostly with their own savings. In September, Linis received funding of about 5.000 euros to help with product development and marketing from departure. The app itself has been programmed in collaboration with EastBanc Technologies in Berlin.

The power of persistence

Before founding Linis, Michal had already been talking to the University of Vienna for a month, trying to convince them that the app he and his friends had come up was just what they needed. After three months of continuous persuasion, the University was finally in. When the deal ensuring the implementation of uniVerso was sealed in late July, it was only obvious who Michal would get in touch with first. “I immediately sent a photo of the contract to my father”, he says with a smile, “he gave me the thumbs up.”

Financially, Michal and his two business partners are remaining modest. “At the moment we don’t take wages for ourselves and are keeping our heads above water by working additional jobs”, Michal explains his and the co-founders’ commitment. Richard works part time for an accounting firm while Gerhard supports himself by singing for a choir, the Linz based Hard-Chor. The responsibilities within Linis are clearly set. While Richard is in charge of controlling and distribution, Gerhard’s job is to connect the university with the developers by making use of his technical knowledge. Michal himself takes care of marketing and sales.

While the three entrepreneurs are thrilled with anticipation for the launch of their app, just a year after Michal and Richard’s fateful kitchen chat, Michal is already thinking a step ahead: “We are planning to set up a student card with special discounts at our partners. Moreover, if the app is successful in Vienna, we want to expand it to one or two other universities in 2013.” Revenues will mainly be generated through commercial slots in the app. For Michal it is a personal priority to stay on the path of providing direction to others: “I would really like to share the experience and knowledge I am gaining through Linis on an academic level later on. I greatly enjoy supporting people as they implement their ideas.” 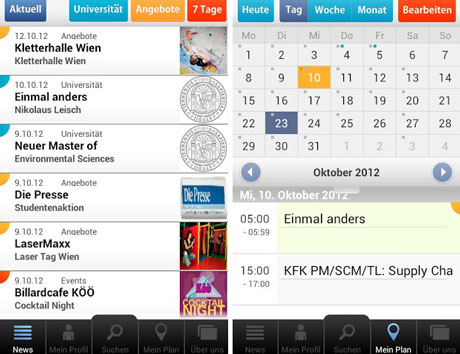 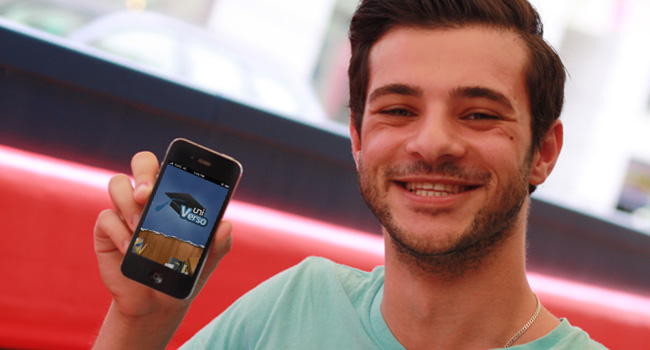