Food that comes with a story

Every day tens of millions of people go to work on their farms, they lovingly tend to their livestock, plant and harvest crops, consider budget limitations and trade their produce. But their farms are all virtual, and after they set their mouse or mobile device down, despite all the hard work on Farmville or Castle Story, they still need to go to the supermarket and stock up on chalklike cheese and uniformed tomatoes flown from the other end of the world. Rossi Mitova and the team of farmhopping have seen the irony in the situation and are offering a solution – their clients can virtually support an actual farm and receive very real, non-uniformed crops in return.

“We are like the Etsy for farm production,” Rossi says with a smile. “We connect people with real farmers who can sell them everything from food to unique experiences.” More than just ordering food, people can browse through photos of the farms online and read their stories, like that of the Chiflitsite team of eight, who were all left without jobs too early to retire and too late to think of a career change. Not giving up, they pooled together their inherited lands and got to work creating four farms that offer everything from vegetables through livestock to homemade brandy.

While they didn’t give up, finding customers beyond word of mouth in a society that prefers the all-in-one approach of supermarkets and e-commerce is a challenge within itself even without bearing in mind the constant delays of EU funding for the sector. This farm’s story and others like it point to farmhopping’s aim to not just offer a trading portal but support independent farmers. The portal gives them the direly needed organized approach that could help restore the country’s once booming agriculture. Bulgaria, in general, Rossi thinks, is a great incubator for social startups like farmhopping, because the system offers so many hurdles at every step that smart solutions and out-of-the-box thinking are key to survival. 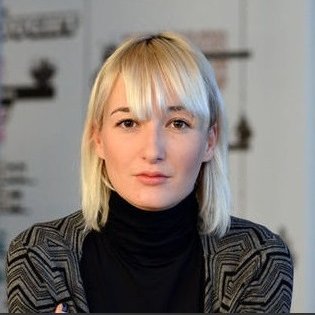 Speaking of out of the box, when one hears Rossi tell her story in a soft voice and sneaks a peek at her bow and sequin-filled Pinterest fashion board, farms are the furthest from the mind. Competing since her teenage years, she has been part of the Mountain Command for Bulgaria for LINE skis and her latest win was in 2013 when she grabbed the prize at the fittingly named Mad Goat qualification for the Freeride World Tour. And if slopes and goats do have something in common, pumps and lace skirts are more of a throwback to her years studying Investment and Financial Risk Management in a top London school, where she graduated with offers of becoming an investment banker. Choosing a third path, she soon found out that life is a rollercoaster and in order to succeed, you need to know how to brush off after a fall.

The extreme sports, which taught Rossi perseverance and gave her access to remote places and fresh produce from the locals, combined with the business training that gave her confidence to spearhead a startup, eventually led to the birth of farmhopping. The special ingredient was co-founder Michael Stanchev’s fascination with the simple life of raising livestock. “He fell in love with a farm and adopted two sheep there, covering their keeping costs and going to help in his spare time. He needed help setting up a seamless system where other people could do the same, so Rus Vakrilov and I joined to help him create it,” Rossi says.

Impressively, before their first pitch, they had already signed ten farms from all over the world without having a Bulgarian entry yet, with Rossi trekking that particular unknown territory the only way she enjoys – at top speed. “As a newbie at entrepreneurship I wrote cold emails to several publications, outlining our idea. We didn’t even have a website then, just a sheep, our logo and an e-mail signup box. It was premature, but some media outlets wrote about us leading to farms contacting us from as far away as the US and Egypt”. Premature as it may have been, the expressed interest eventually helped them secure a first round of funding from Eleven (25.000 euros in exchange for eight per cent of the company) in the beginning of2013. A second round of funding as per the accelerator’s standard terms (25.000 euros in exchange for four per cent) followed later in the year.

The team soon discovered that they needed to pivot their service to make it scalable. “We found out that our initial idea of having people adopt animals and take care of them in exchange for produce was too challenging from a logistics point of view, and people were more interested in the end product, not really in the name of the particular sheep it came from,” Rossi recalls. “Once we received the first Eleven funding we gradually redefined our concept, allowing people to group in clusters and order together, thus making the logistics for farmers easier.” Going from Farmville incarnate to the Etsy of produce, they also did some restructuring within the core founders team welcoming developers Orlin Radev and Alex Alexiev. “The team is critical, I think initially underestimated the importance of a good team and how crucial it is that everyone can work well together.” 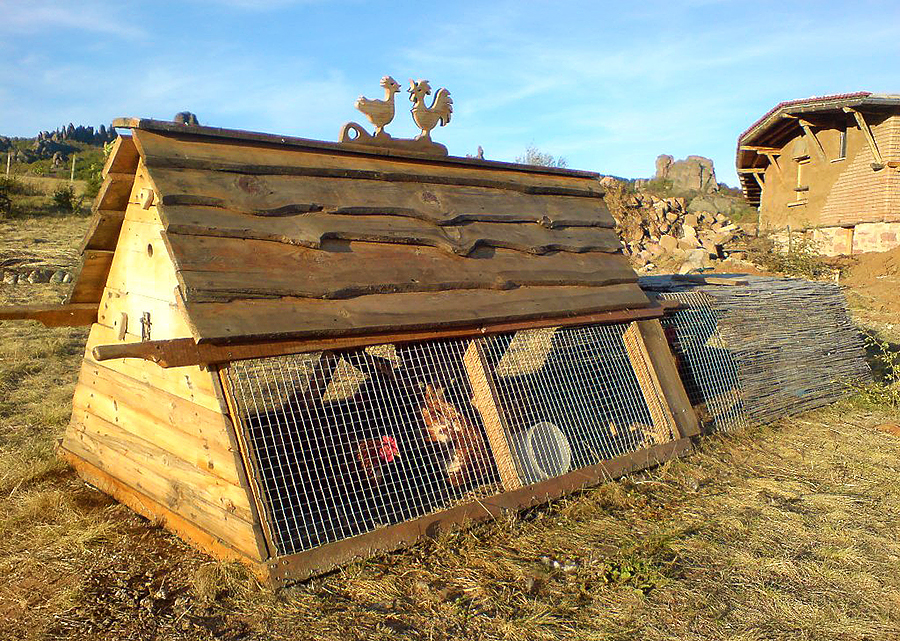 Leaving one failed attempt behind, they finally launched a revamped platform in February of 2014, added online shopping functionalities in March and took off with a bang, reaching 500 orders almost instantly, and growing their average orders per month exponentially to reach over 900 in June. They did so with very little marketing, relying mostly on word of mouth. The team has managed to convince some of Bulgaria’s successful software companies like Musala Soft and  Obecto to join, creating closed buyer groups for their employees. Open buyer groups also exist and users are welcome to create their own – be it a work-based cooperative or a gathering of friends with similar tastes. At present they have launched their pilot buyer group in the UK, as a first step to expansion in that market.

The platform currently takes 10% of all orders, but are planning to introduce some nuances to the pricing model to allow the inclusion of existing co-operatives. Quick and easy as its sounds, it was actually far from smooth sailing, as Rossi admits: “In the beginning, we needed to be quite close to the process, I took orders on a piece of paper, had to make home deliveries myself, I even cooked veal for one of our clients once, we went through the whole process.”

A few months down the line, all the hard work seems to be well worth it, as farmhopping qualified for betapitch in Berlin and in May became the first Bulgarian company to enter the Seedcamp family for a package they still cannot disclose. “The competition is fierce and it feels like getting accepted in Harvard,” Rossi says.

It takes a village

Looking back, Rossi realises that rapid growth would not have been possible without the local startup community, Rossi, a staple at the events organised at betahaus | sofia, believes. She recognises the advantages of joining the community. “I would recommend this to everyone – it was thanks to the coworking space that we found the new members in our team, it is here where our first open buyers group was created, and we have always received meaningful and honest feedback here,” she says. “My one advice for new-born startups would be – join a coworking space and then you’ll find the right team.”

And if Rossi had only occasionally stopped by a village to get yoghurt before, with the launch of farmhopping she is one of the most avid users of the platform: “Now I only shop from independent farms and whenever I eat store-bought cheese, I am shocked at how differently it tastes. But what is best, it has changed the people around me. My boyfriend won’t let me buy eggs from the store anymore, we usually just wait for the scheduled farmhopping delivery, otherwise the fridge stays empty.”

And in case you are already salivating, here are Rossi’s personal recommendation for farmhopping beginners: “Mmm, the yellow cheese with glaze of propolis by the Chiflitsite Farms, the Gramada Farm red wine and the veal.” 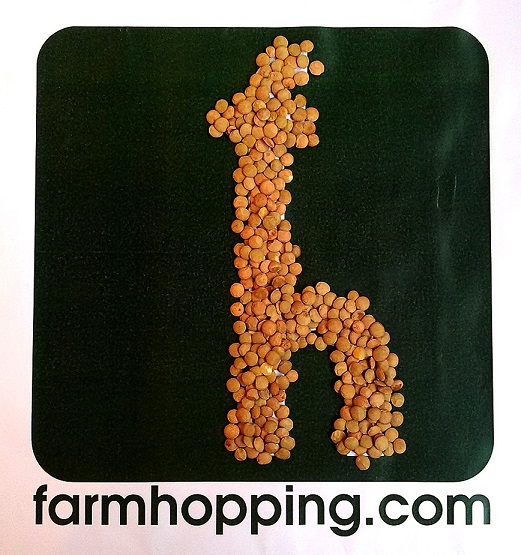 ‘We got the smartest money we could ask for’ 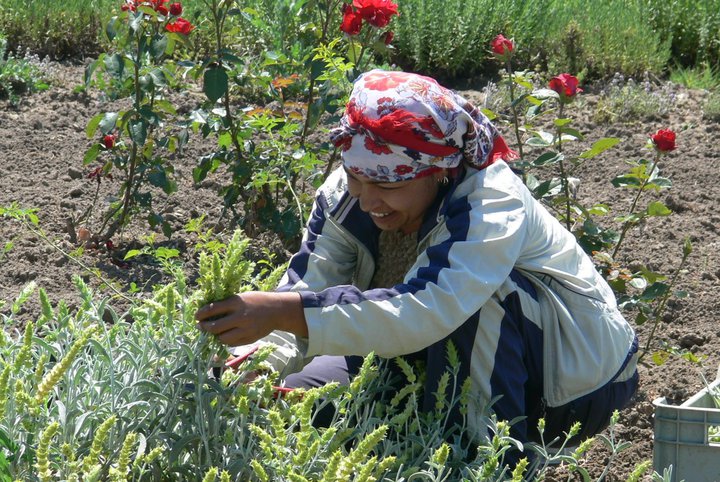 Food that comes with a story