From Master Thesis to Life’s Work

Dressed in a white lab coat in the office he rents in the Vienna Institute of BioTechnology (VIBT), Christoph Sygmund could easily be mistaken for a scientist devoted to academia. But he and his four cofounders wouldn’t just settle with seeing their good work stay in the realm of conjecture and decided to take it one step further. They started DirectSens to turn their work on biosensors for blood glucose and lactose detection into a marketable product and years of hard work are finally about to pay up.

The idea that wouldn’t stay on paper

Christoph met his co-founders over ten years ago, while they were all studying at BOKU, Vienna’s University of Natural Resources and Life Sciences. Alfons Felice, Wolfgang Harreither, Roman Kittl, Roland Ludwig, and Christoph Sygmund were all working on their respective research when they crossed paths, as all were interested in enyzmes. “We have known each other for a long time, we knew we couldwork together and that we are a really good team,” Christoph says of their decision to start a company together. Before the company, however, came the enzyme and a patent that Roland Ludwig helped BOKU secure together with a Graz-based company and a Swedish university.

With diabetes as a worldwide health problem, the university tried to capitalise on the patent by reaching out to medtech companies and that is when the first roadblocks appeared. “The response was very positive, but they all said it was still too far away from a product, it was just a basic idea,” Christoph recalls. “It seemed very interesting and promising, but someone would have to develop it further and then come back to the companies in the sector, and that someone wasn’t the university, because they did not have the funding.” It was around that time that the five of them had to decide whether they leave their great idea to remain a prospect on paper or do something about it themselves. “We had very long discussions on whether it was a good idea to start a company between the five of us, but everybody was quite sure they wanted to join and be part of it,” Christoph says. Back then, they all had to study and having all five involved in the work seemed as the only way to achieve something meaningful. For a while after, Christoph was the only person employed full time by the company, while the others had jobs outside, but Roman Kittl has already joined him, with plans for the rest to follow one day.

We have demonstrated that we can actually achieve all the advantages, but we have yet to actually develop the first prototype.

Blood glucose detection is the area that will have the more immediate impact on the lives of many people on a daily basis. However, development of any medical advance is tied to a lot of trial stages and expenses. “We have demonstrated that we can actually achieve all the advantages, but we have yet to actually develop the first prototype,” Christoph says. Rather than shoulder all the expenses, they want to reach the pre-clinical trials stage and at that point license, or sell the technology. DirectSens’s advantages are that the sensors are much more accurate than existing ones and, unlike the ones on the market, are not susceptible to interference from painkillers or other medications. “One of the big goals in diabetes care is to develop the so-called ‘artificial pancreas’. This would be a combination of an insulin pump and a continuous blood glucose measuring device. To make this possible, it is very important to have a really reliable blood glucose sensor,” Christoph says, hoping their product would be the key. The company recently presented their latest development results at the Advanced Technologies and Treatment for Diabetes expo in Paris and received positive feedback.

In the meantime, the team is much closer to introducing a lactose biosensor on the market – something that should happen as soon as the end of 2015. “The lactose market is much easier to enter, there are no big issues with certification and other stuff,” Christoph explains. “The prototypes there are ready, they are already tested in real industrial samples and we just have to set up production and start selling.” This sensor is not directed to the average person, but the industry is more than eager to use it in the production of lactose-free milk. This is currently done through the process of letting enzymes act on milk until they degrade the lactose to a level that is acceptable for the batch to be labeled lactose-free. “At the moment, there is no cheap and easy way to monitor the decreasing level of lactose. So they let it run much longer than necessary and with our sensor they can just detect the stage when it is lactose-free instantly and stop and restart the production much faster,” the DirectSens CEO says.

Interest from their potential clients is guaranteed – the idea itself came from a company that sells enzymes to big dairy companies. This is why they plan a two-tier scheme, where they will attempt to both sell biosensors to dairy companies, either directly or through a distributor, but also to license the technology. 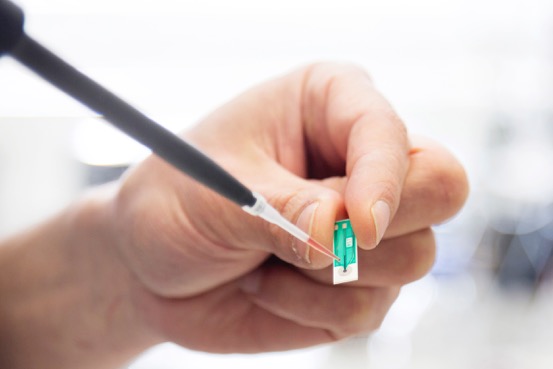 For five scientists, technical challenges in the process of development were nothing to worry about – “this is what we all studied for,” Christoph laughs. “But finding financing was really tough.”

Their first attempt was applying for a biotech award offered by aws and resulted in a mixed success – the feedback from aws was that their project was great, but not developed enough. However, the event met them with Accent Lower Austria, the founder service of AplusB. “They said they were very interested and if we would like to come to Lower Austria, there would be a chance to support us. This was more or less the kickoff for our company,” Christoph says. The company itself was founded in 2013, almost five years after the founders had started toying with the enzyme idea.

It was quite difficult to convince the university to transfer the patent… [W]e had no money, so we found some sort of a licensing strategy, but at least the patent was in our company.

With some financing secured, the patent was next on their list. Especially since it was also a requirement if they were going to receive pre-seed funding by aws. “It was quite difficult to convince the university to transfer the patent to the company. It would be easier if we could offer them options, but BOKU is not allowed to do that,” Christoph explains. “They really had to sell it, but we had no money, so we found some sort of a licensing strategy, but at least the patent was in our company.”

In the end of 2014 they managed to secure their first injection of private financing, after negotiating with them for nearly six months. “We finally convinced them of the benefits of our innovative biosensor technology,” Christoph said of the deal. He could not reveal the financial details around the deal with a group of investors and business angels, comprised of GLD Invest Group under Leopold Sandler, businessman Wolfgang Rugli, Michael Hammerschmid and Otto Kanzler of Transform Science. However, he did say that after that investment, the five original founders still had 74% of the shares divided between them. “Together with Transform Science we see the investment and our business experience as the ‘missing link’ to bringing the great development of DirectSens to a commercial success as well,” Sandler said of the deal. “The team and the product appeals to me very much and I am convinced of the success to come!” And as Sandler pointed out, this partnership is not just about the money. “One of the investors is cofounder and CEO of other life sciences startups and has very good contacts and knows how to approach those companies and how to deal with them. So we will benefit from his experience,” Christoph is convinced.

A startup for life 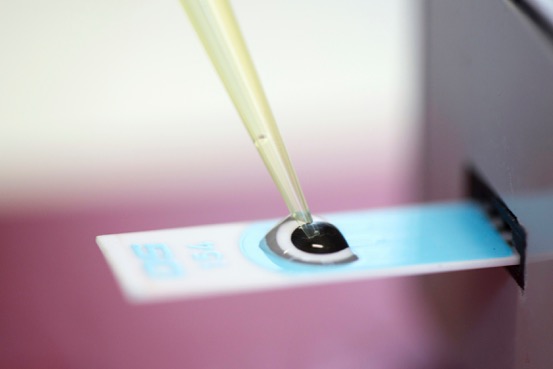 Speaking of his own reasoning to pursue the treacherous path of an entrepreneur instead of a more secure scientific career, Christoph, a father of three, says that his wife is supportive, because she sees it makes him happy. “When you write papers, it is always good to have some kind of application background. Not just to promise that you could do this or that and then in real life nothing happens. So I thought it would be really interesting to see if the science that we do here is usable for something,” he says.

From the very beginning, his team chose a slower, long-term strategy, starting with the idea that they would like to create a company they can one day work in until retirement time. And it seems that they have more than one trick up their sleeve: “Our technology can be applied for many other things. We had a lot of ideas what could be done with our sensors, in the beginning we had like five proposals, but then we just had to focus on those two products,” Christoph says cryptically. “Once we have more resources, there are definitely more things in the pipeline that we want to develop.”

This story is brought to you in partnership with AplusB, a programme funded by FFG.
Post Views: 138
0
Shares 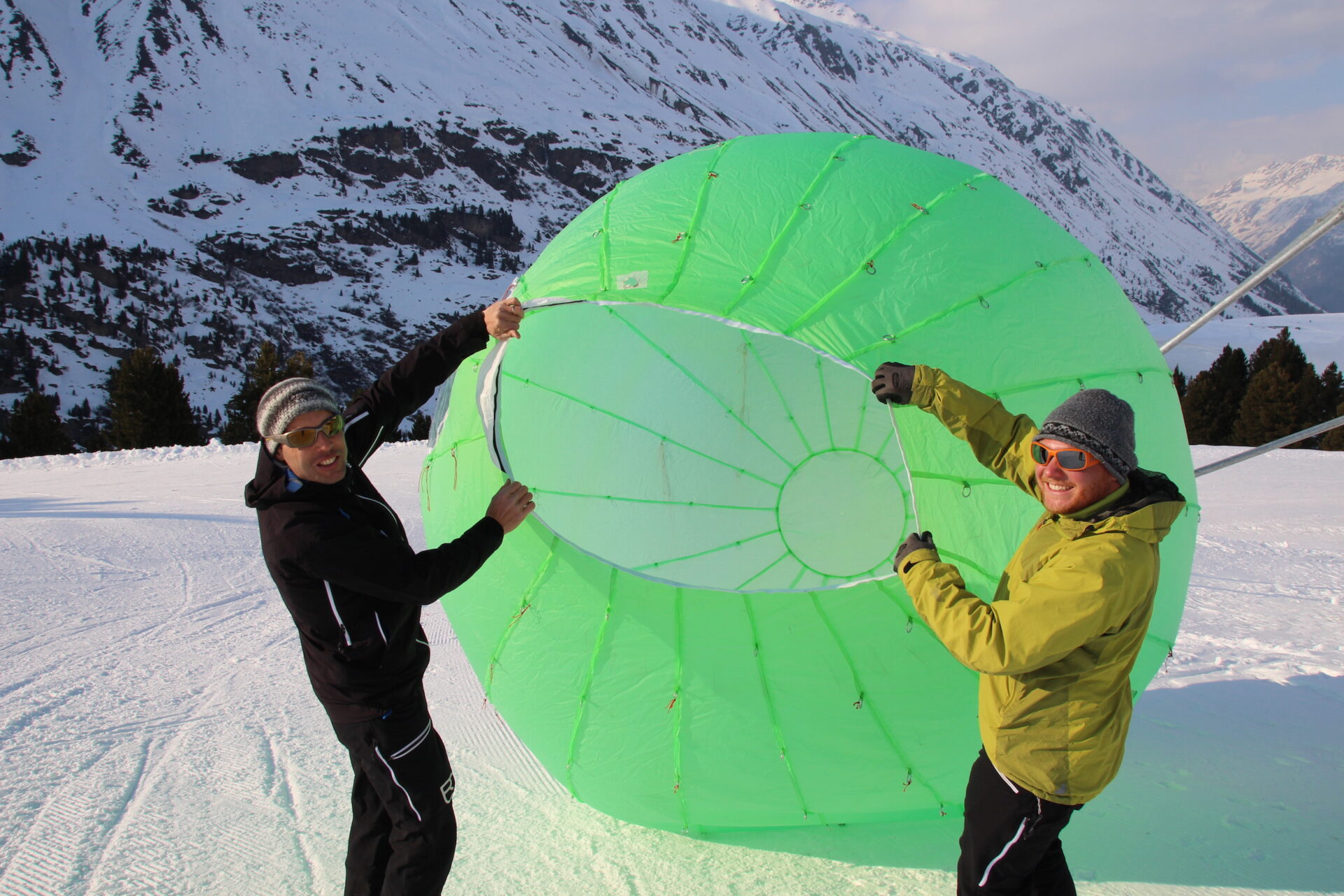 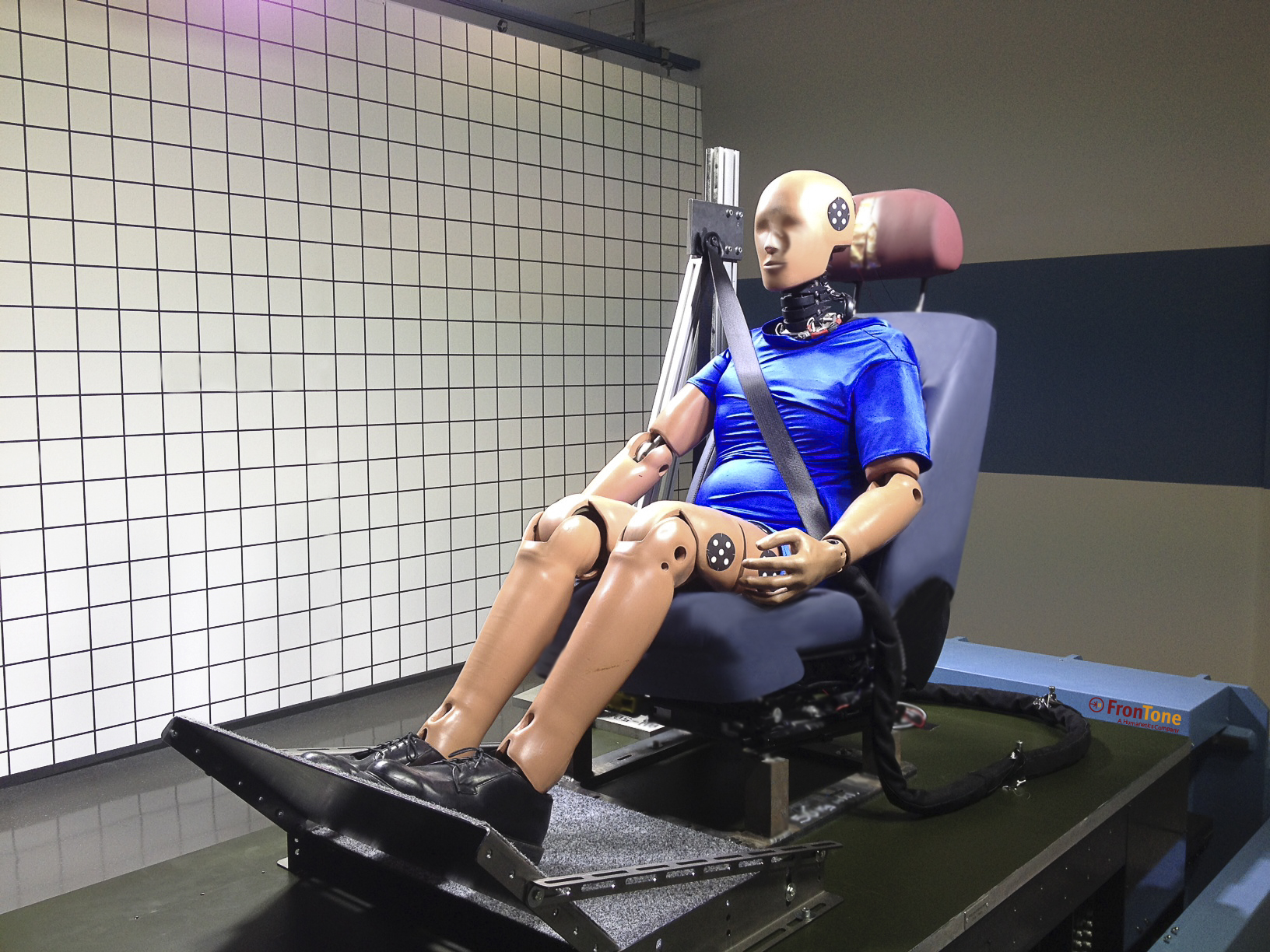 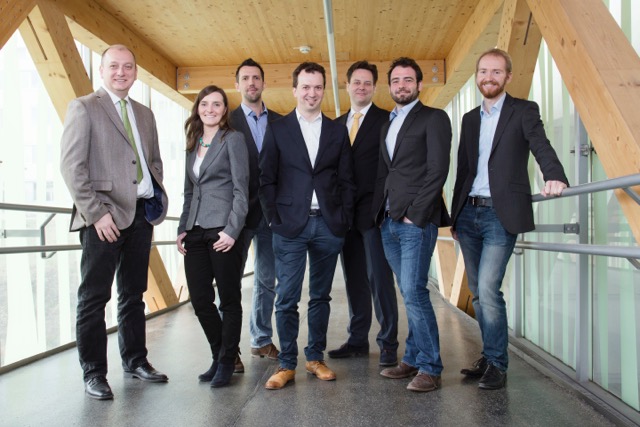 From Master Thesis to Life’s Work