The Global Entrepreneurship Monitor (GEM) released its 2012 report yesterday in Kuala Lumpur, Malaysia. Representing about 74% of the world’s population as well as 87% of global income, it is the biggest global study of this kind. This year’s report on entrepreneurial attitudes, demographics and expectations surveyed nearly 200.000 people in 69 diverse, global economies, including Austria (for the first time since 2007) and all EU-member CEE states, except Bulgaria and the Czech Republic.

In addition to crunching basic statistical data (Total Entrepreneurial Activity, age, gender, discontinuation rates), GEM surveyed the perceptions and attitudes of both entrepreneurs and non-entrepreneurs. It also measures how survey respondents evaluate the conditions of entrepreneurial framework in their respective regions.

How do Austria and CEE fare?

Despite the decline in company foundations in Austria in 2012 (as inventures.eu reported recently), the country has a relatively high rate of Total Entrepreneurial Activity (TEA) in comparison to other EU countries, especially in terms of nascent entrepreneurship (operating for less than 3 months). With a TEA rate of 9,5%, Austria is placed at 5th rank within the global “innovation-based countries” (24 industrialised countries of a comparable status, categorised according to per capita income and the World Economic Forum’s Global Competitiveness Index) behind Singapore, the Netherlands and Slovakia, and at 3rd rank among the European innovation-based countries, following the Netherlands and Slovakia. It also has a relatively high rate of established businesses (more than 3,5 years old). The gap in-between is confirmed by Austria’s relatively high rate of discontinued businesses. Latvia and Estonia have the highest rates of early-stage TEA (operating up to 3,5 years).

Compared with its CEE neighbours, Austria has fewer people who become entrepreneurs out of necessity, as opposed to improvement-driven opportunity. Poland has the highest rate of necessity-driven entrepreneurship in the entire EU. Austria also has more balance between male and female entrepreneurs. Whereas the EU average ratio is approximately 2:1, Austria’s is about 3:2.

Perceptions and attitudes of entrepreneurship

Where the report becomes particularly interesting, is in its measurement of perceptions and attitudes. Austria (indeed, the EU in general) lags behind the rest of the world in its perception of entrepreneurship as a “good career choice” and confers a higher status to “successful entrepreneurs.”

Hungarians are rather pessimistic about entrepreneurial opportunities, but up-river in Austria nearly half of those surveyed believe opportunities are good. Poland, Austria andmost other CEE countries boast a higher perception of their own capabilities in comparison with the rest of the EU. The rate of non-entrepreneurs who intend to become entrepreneurs is rather low in Austria, but high in Latvia and Romania. Typically, TEA rates are higher in economies of a lower per capita income, reflecting economic necessity. Fear of failure is highest in Greece and Italy while Slovenia is the least anxious in this regard among all EU countries.

Austrians praised their government programs that encourage entrepreneurship, but were negative about the internal market dynamics and cultural/social norms. In most CEE countries, government policy (such as taxes and regulation) was singled out as impeding entrepreneurial growth.

The Austrian study was conducted by the Johanneum University of Applied Sciences, who plan to release a detailed country report in April. In the meantime, the GEM report can be downloaded here. 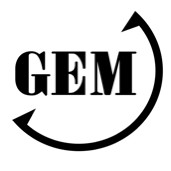