Silicon Valley-based Singularity University’s Global Impact Competition for Central and Eastern Europe gathers annually a plethora of projects that could change and improve lives of a million people in CEE. Over 130 startups entered the battle this year yet the finals, in Budapest, saw two winners.

Bulgarian Stefan Ivanov (Stepsss) and Polish Pawel Jarmolkowicz (Harimata) proved they could impact human life using accelerating technology and were each granted a place in the Graduate Studies Program (GSP) 2014 at Singularity University (SU). To elaborate on the perks, that means 30.000 dollars in tuition fee/lodging, 10 weeks in Silicon Valley working with tech tycoons, intensive trainings and on-site visits at enterprises such as NASA, Google and Facebook.

One of the winners, Stepsss (founded 2013), offers a smart pair of insoles that collects data regarding your walking/running behaviour, streams it wirelessly to the mobile device and gives you professional advice on how to monitor it. The other medallist, Harimata (founded 2013), focuses on early disease, condition or disorder detection and proper intervention that could reduce costs of healthcare in general.

We caught up with Ivanov and Jarmolkowicz to learn more about their startups and understand what winning this award means to them.

What stage is the startup at the moment?

Ivanov: Stepsss is rapidly evolving and we were able to decrease the thickness of the insole and the chip in size and power consumption. Everything is becoming smaller, more wearable and we were able to increase the sensor accuracy and lifespan at the same time. Due to these recent advancements, we will be ready for our first field tests very soon and are currently preparing them.

Jarmolkowicz: Just one month ago we finished a 3 months long study with autistic and healthy kids where we examined children in medical centres and kindergartens throughout Poland. Results from this study are very promising and gave us the proof that we can detect autism just by watching how kids play a game on iPad. So now, we are working to make our product go public, preparing to put our technology into clinical trial and also looking into developing our technology to support detection of diseases in adults like depression, chronic diseases etc.

How will you best make use of the scholarship?

Ivanov: Singularity University is a big trampoline for Stepsss, a place where I will be able to find top advisors that are a key to a startup’s success. My priority is to get the necessary help and know-how on creating a fascinating crowdfunding campaign so I will be looking mostly for people on the medical and business development side.

Jarmolkowicz: Set everything in such a way before leaving to SU so I could focus strictly on what will happen during GSP14. My team is ready to run our company as I’ll be out in the wild for 2,5 months. But most of all I’m open to whatever those 10 weeks in SU will bring.

What would you like to have achieved by the end of the program?

Ivanov: If I put the programme on our business plan then the answer is quite short and simple – a successful crowdfunding campaign that will allow us to deliver to our beta testers and early adopters. Then we will be ready to scale and push the production further in order to satisfy the market needs.

Jarmolkowicz: From what I have already heard from GSP alumni, it’s hard to imagine what those 10 weeks in SU will bring for me. Of course I have my goals related to what I’m doing right now in Harimata project. But most of all I see GSP as a mind shifting experience and that is exactly what I am expecting out of it.

Ivanov: The competition was very well organized and the coaches and facilitators did a truly awesome job. Both Sergey Petrov and David Trayford helped me to prepare for the finals in the best possible way. I also think that I made a few new friends and am looking forward to make many more during the programme.

Jarmolkowicz: I will remember two things. The preparation before the competition, as I arrived in Budapest four days earlier; where David Trayford and Patrick McCullough put so much energy and effort into preparing us for the finals. We worked around 14-16 hours each day. Second thing, was just after announcing winners, quite a few SU GSP alumni came to congratulate me and one of them said „Welcome to the family. We have big expectations of you.” 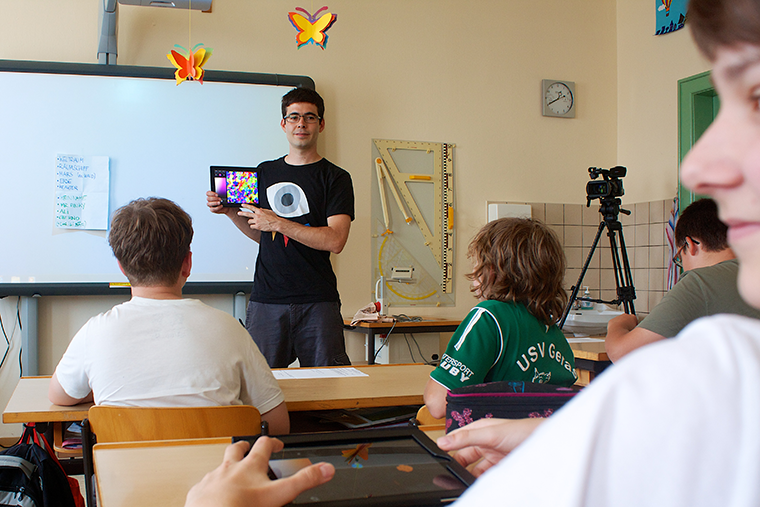