Starting your own limited (as any other) company is risky business. Once you’re out there, you know you’ll be operating in a environment of high uncertainty – there’s no going around it. Well, of course only if you manage to get through the phase of founding and launching your GmbH first. The demand for initial capital within the tens of thousands of euros as well as four-digit figures in taxes have often been claimed unnecessary, as well as limiting competition on the Austrian startup scene. It seems, though, these days are soon to be over – and bysoon, the government means 1 July.

Yesterday, news spread about the upcoming adoption of the GmbH NEU, which will make it easier – that is also cheaper and faster – for entrepreneurs to start their own companies. Austrian Minister of Justice, Beatrix Karl, and the Minister of Economy, Reinhold Mitterlehner first presented the draft law two months ago (see our report here), and emphasised four main reforms.

The key aspects are as follows:

–          the abolishment of the obligatory public announcement of company foundations in the official gazette of Wiener Zeitung.

“Studies have shown that Austria is not exactly one of the top nations when it comes to company foundations,” said Christoph Leitl, president of WKO, earlier this year. “The costs are relatively high and the foundation process still takes too long.” Therefore, the reform is designed to create a regulatory framework that encourages competition among new companies.

The GmbH NEU is expected to come into effect on 1 July – just in time before the general elections in September. From that date, there will only be one kind of GmbH in Austria. This means that all GmbHs in Austria – existing or in foundation – will be subject to the new law.

More on the topic:

“We chose GmbH for marketing reasons”

German article on the law draft in Wirtschaftsblatt

German press release by the Austrian Ministry of Justice 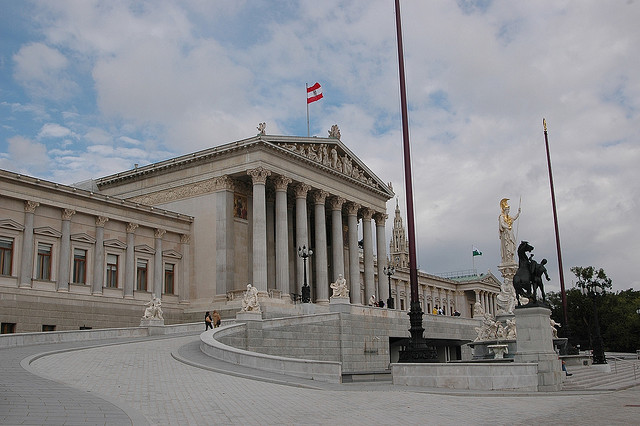