Groupon is closing its operations in Romania

The online giant Groupon is abandoning the Romanian market after it accumulated more than two million euros in losses over the last 3 years. The company claimed to make to decision because they could not foresee any profits being made on the Romanian market in the next years.

A couple of years ago the Romanian online market was inundated with over 100 Groupon clones but only a few of them are still alive today. Calin Fusu, founder of Zumzi.ro, one of the main players on the Romanian online coupon market says that he managed to keep his company afloat by verticalising its business and specialising on local services.

When they decided to leave Romania, Groupon still had a 15 per cent market share and the 13 remaining companies will fight to get its users, even because most of Goupon’s partners were also selling their service on other websites. 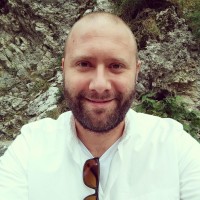 Groupon is closing its operations in Romania