The brothers launched their first-and-only venture, Linz-based Intelligent Motion, in 2009, and have so far released two products: lifter and hirob. Since he was a 15-year-old studying technical engineering at an Austrian Higher Technical Institute (HTL), Alexander Barth (36) knew that he wanted to be in business for himself. Nevertheless, he spent the first decade of his career working for other companies – first as an engineer working in the industrial robotics field and then as a sales manager for KEBA, an Austrian industrial automation company. But these years were hardly wasted. He patiently built up the skills, network and experience he needed – not only to start up his own enterprise but to get the idea for it to begin with.

“Once, at a company party, I met KEBA’s founder, Karl Kletzmaier,” recalls Alexander. “After drinking a couple of beers with him, he opened up and talked about his life as an entrepreneur. It inspired me to hear him describe how much he enjoyed being able to turn his ideas into reality.” 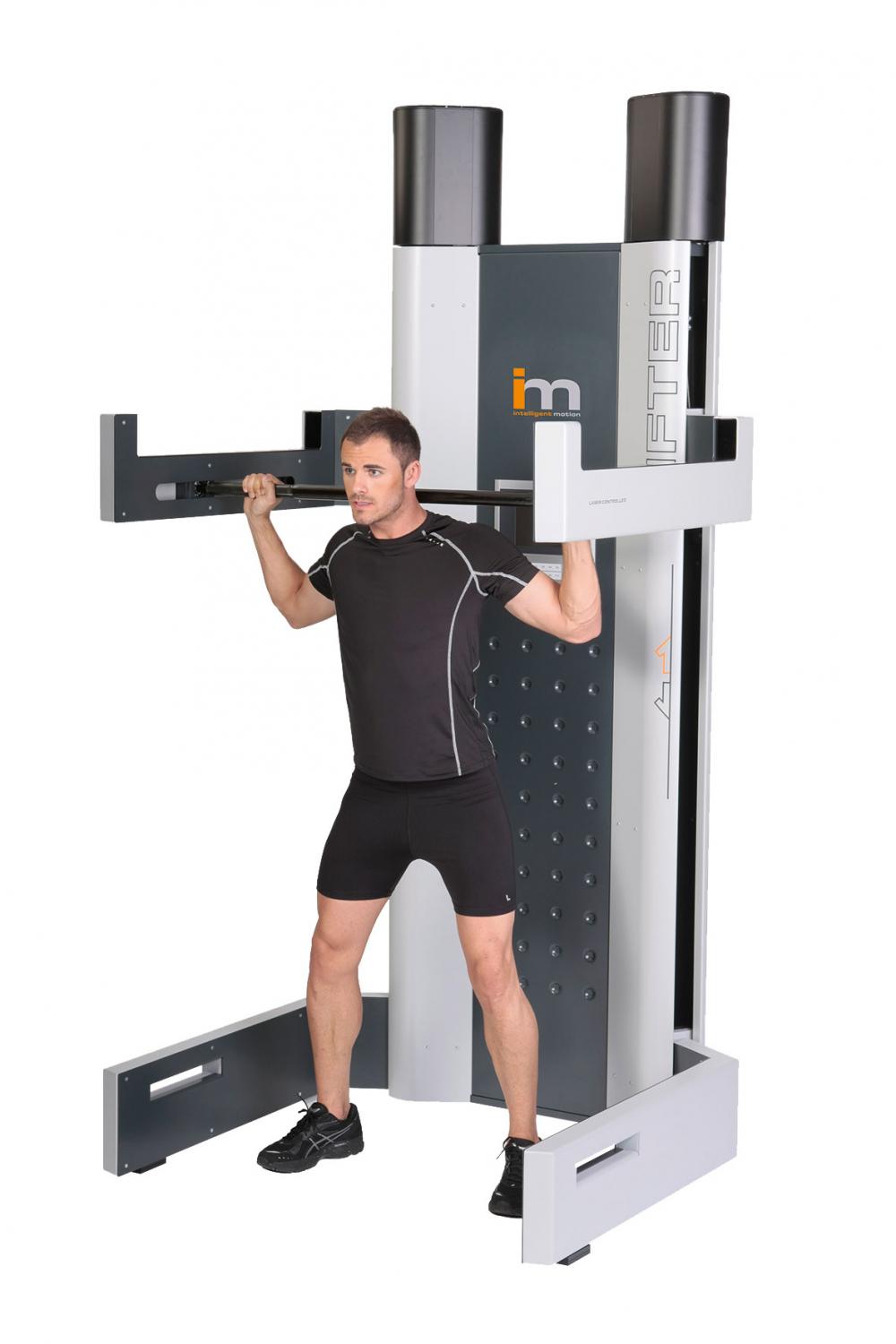 Growing up in Austria, both Alexander and his younger brother, Michael, were sports enthusiasts and learned a lot about athletic training. At 18, Michael decided to study at the University of Innsbruck’s Institute of Sport Science, where he came into contact with the latest training and rehabilitation methods of the Austrian ski team. Both brothers took advantage of the best available equipment at the Innsbruck institute for their own sport training, yet Alexander noticed that the technology being used was “old” compared to what he was used to seeing in his profession.

They started to brainstorm: “Our thinking was that we can use technology to make training better and safer, which is so important for top athletes, because neither they nor their sponsors can afford an accident while training.”  They approached one of Michael’s professors, “the brain of the Austrian ski team,” according to Alexander, and proposed applying industrial-automation technology to strength-training equipment.

By that time, Alexander was the European sales manager for KEBA. He arranged a meeting between the professor and KEBA’s top management. “But they did not want to start building machines. They produced robot-controller technology but never made the machinery itself,” recalls Alexander. “So I volunteered to start the project on the side. KEBA trusted me and offered me a chance to do it, next to my other responsibilities” 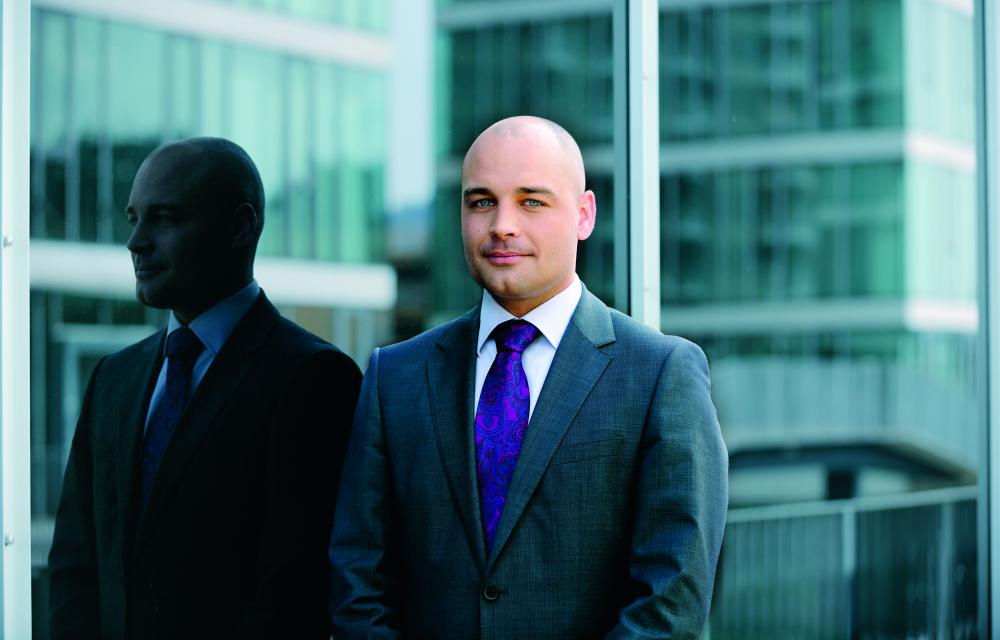 Alexander Barth, one of the co-founders of the company. Photocredit: Intelligent Motion

In 2009, the brothers co-founded their company in order to obtain public-sector R&D funding. The Austrian Research and Promotion Agency (FFG) came through with a grant and soon Alexander and Michael were busy building a prototype in their father’s garage. “We made a very wild looking machine and did some scientific research with top Austrian alpine skiers. The initial results showed us that technology can bring a lot of added value, so we decided to keep going at it,” says Alexander.

The outcome was their first product, lifter – a smart, automated weight-lifting device that provides for safe, multifunctional and efficient strength training. Lifter was premiered at the FIBO trade fair at the end of 2010, winning second place in its innovation award. Lifter continues to be in production and is distributed to top-level training centres throughout the world – there are currently four devices in China, two in Canada, one in the USA, and new orders keep arriving. 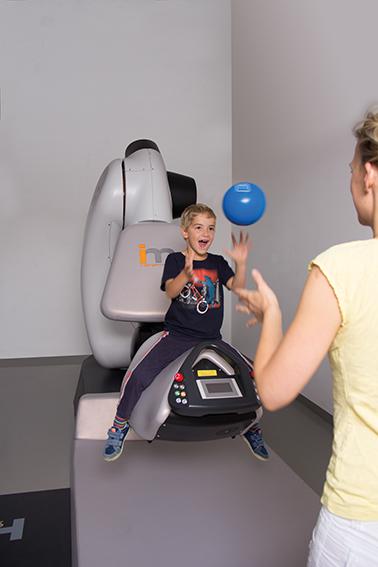 Clinical trials of hirob started in 2011 and were completed, successfully, by the end of the year. Photo credit: Intelligent Motion

While they were still busy getting Lifter off the ground in 2010, a friend of Michael’s who worked at the Hochzirl hospital in Tyrol saw the potential for using sports-training technology for rehabilitation of patients with neurological conditions, such as multiple sclerosis or as a consequence of strokes. Alexander and Michael demonstrated what state-of-the-art robotics could accomplish and impressed the Hochzirl doctors with robots’ smooth, precise movements.

Alexander remembers, “a doctor asked if we could develop a replacement for Hippotherapy,” a therapeutic treatment where a patient rides a horse to help improve his motor control and balance. “At first we were sceptical, because we thought that the horse itself was integral to the therapy. But the doctor explained that for neurological rehab, the shape and movement of the horse is what’s most important.”

Using some money from the Lifter business as well as a second grant from FFG, the brothers started R&D. “We did [motion-capture] measurements of horses and bought a used robot from a VW plant in Germany – it had been busy welding for twelve years – and then we cleaned it up, redesigned it, re-engineered the electric,” explains Alexander. “It was all existing technologies, we just had to repurpose it for medical application.” What emerged was the prototype of their next product, hirob, the hippotherapy robot.

Clinical trials of hirob started at Hochzirl in 2011 and were completed, successfully, by the end of the year. By the end of 2012, they were ready to premiere hirob at the prestigious Medica trade show in Düsseldorf. Production of more hirob units began in May 2013.

Alexander’s wife, Elisabeth (who has just given birth to their first child), was involved in the venture from the beginning and is now responsible for marketing and organising participation in trade fairs. The company also brought in its first non-family employee in 2012 (there are currently nine employees). 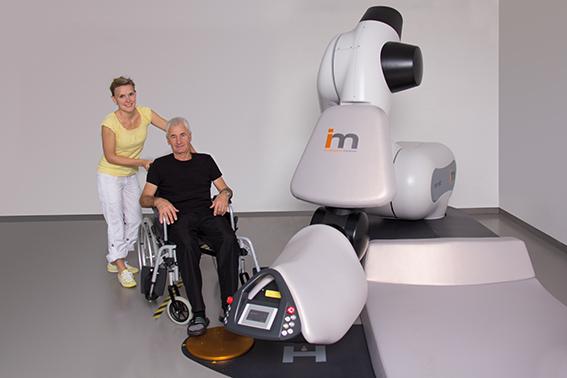 2012 was also the year Michael suffered a major burn-out, which led him to leave the venture and sell his share of it to KEBA, which now controls a 24 per cent stake. “It was the best solution for everyone involved,” Alexander explains, adding “Michael is a perfect academic and scientist, but had a problem making decisions without having complete certainty, which is hard to do in a young venture. For me it’s not understandable, because I’m a different person but for him it caused a very bad burnout, which took him about a year to recover from.” Michael is now a young professor at a German university and is still involved in sports science.

Another obstacle for the company was to get official certification for hirob as a medical device. Intelligent Motion decided to go one step even further, and became certified as a medical device producer in 2014. “This is incredibly important because, before this, every product had to be checked and approved by a certification company like TÜV. Now we can CE mark every medical product we produce on our own.”

“Without FFG we would have had no chance to start up,” admits Alexander. “It was just a wild idea without any basis to make a business plan with. We could never have gotten any money from private investors or banks. The Upper Austrian AplusB business incubator tech2b was very important during the founding and start up phase as well. Tech2b supported not only with money, but also provided management and financing know how.”

In comparison to software startups, perhaps, development of such high-priced, industrial-scale machinery takes significantly longer and sales take longer to close, making the business less attractive to private investors. “In our field, it takes five to seven years before one knows if we’re successful or not. We attended the Business Angel day in Vienna and met a few who are looking to invest in hardware businesses, but they are definitely the minority.”

So Alexander feels his best chance for getting investment is to find companies like KEBA that want to enter the field of high-tech medical applications without having to start their own business. “Now we are in discussions with other investors because we need a lot of money to step into the US market,” he says.

Riding high in the saddle

Meanwhile, four pilot customers are up and running. “We see a ramp up beginning mid-2015. We plan to ship out between 10 and 12 hirobs next year.” He also expects combined turnover from lifter and hirob to reach 600,000 euros in 2014. He forecasts breaking even in 2015 with 3 million euros in revenues and turning a profit in 2016 with a five million euros turnover.

Both brothers are happy with where they are today and proud of their achievements. Alexander exclaims, “I love my job! Like any job, it has its ups and downs – but for an entrepreneur it’s more dynamic with higher highs and lower lows. Every day brings something new. In the worst case I would return to work for another company, but my wife believes that would be impossible for me at this point.” 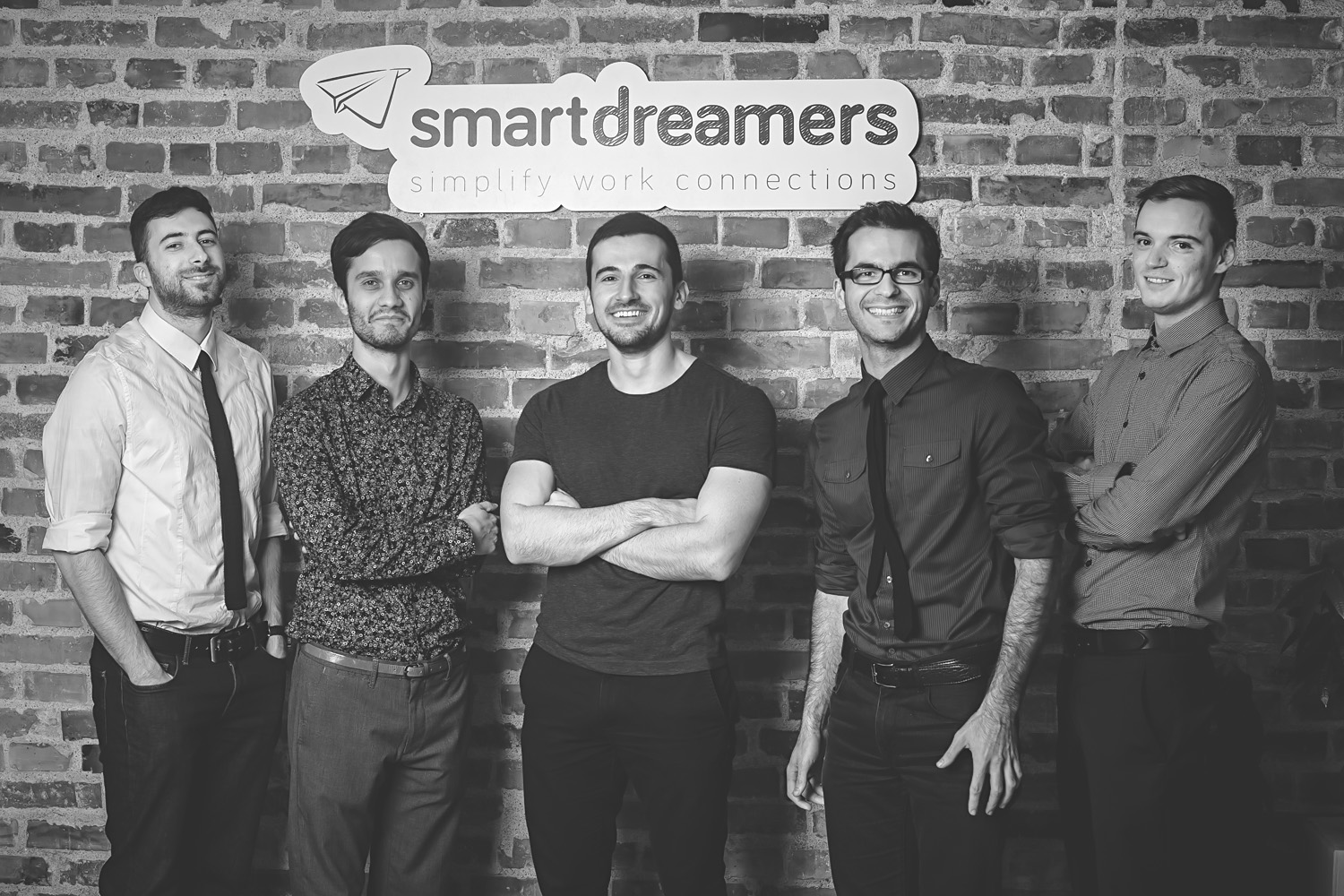 For SmartDreamers, dreams do come true