stillalive studios reached their goal of raising 150.000 dollars on Kickstarter today for the development of Son of Nor, a challenge that we have been following for some time now. The startup is incorporated in Tyrol, Austria and the US and is comprised of an international team of 16 operating from three continents (find out more about them in our team profile here). Son of Nor is an action adventure game, that works in single player or co-op and is set in a dynamic world, which can be shaped by the player’s powers.

The indie game developers launched their Kickstarter campaign on 30 April after a lot of work-intensive preparation (read more about the campaign here). With the ambitious goal of raising 150.000 dollars in 30 days, Son of Nor still had 15.000dollars to go in the final 12 hours but hope was not lost. The team spent the last days in a state of excitement, spreading the message about the campaign and expressing their gratitude to all their supporters through various social media channels (see their Facebook page).

stillalive studios’ Austrian CEO Julian Mautner and Swiss producer Chris Polus reaffirmed the team’s commitment to bringing Son of Nor to completion in a video published yesterday. Even without successfully reaching the target on Kickstarter, “Son of Nor will be released one way or another. It might be that we need to change scope or to find different avenues for financing, but in the end you’ll be able to play Son of Nor,” said Mautner on camera. As it turns out, stillalive studios will not have to worry about securing alternative financing as a significant inflow of cash in the last few hours brought the campaign to a successful end.

2.224 backers contributed a total of 151.175 dollars so that stillalive studios will be able to bring their project, Son of Nor, to market. 845 people pledged 20 dollars to the project, while more than 500 stayed within the 25-50-dollar range. There were even eight backers in the range 1000-2500 dollars and two obviously avid supporters who contributed 5000 dollars each.

In the words of the many who backed stillalive studios: congratulations and now get to work! 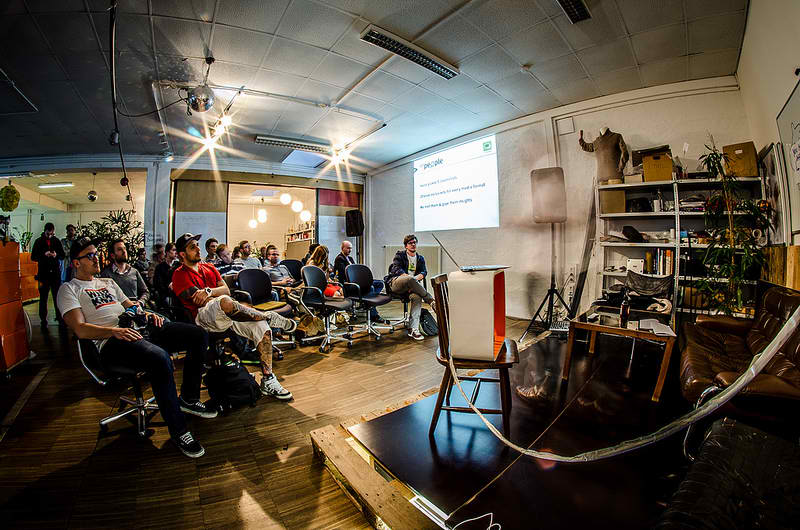 On the agenda in June 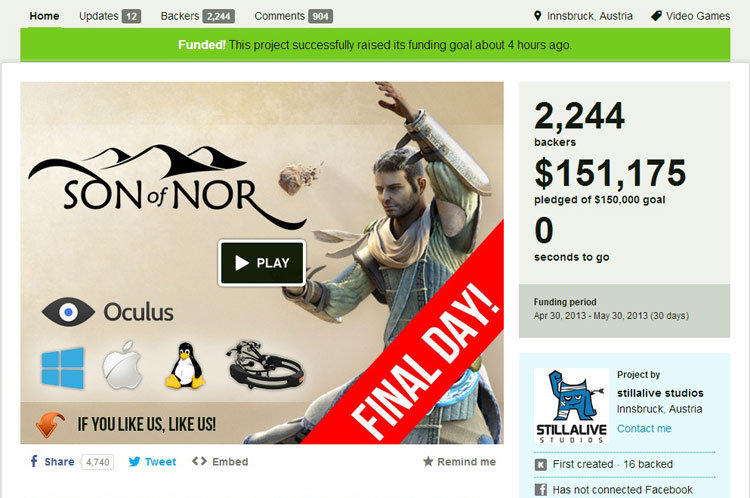