“How long do we need?” Ali Mahlodji asks as we start our conversation. He has only one hour to spare and even he admits that the five-minute interview videos posted on Whatchado are often the result of hours of edited-down raw footage. Online since 2011 and incorporated in 2012, the Vienna-based startup streams videos of a wide range of professionals  – from a Viennese horse-carriage driver to the President of Austria – who all answer the same seven questions about themselves and their job. Currently most video content is in German and Austria-based, but Whatchado is poised to go international later this year.

Curiously, of the some 1000 interviews on Whatchado, there is none of Mahlodji himself (“it’s a time thing,” he explains). It’s pretty clear that Mahlodji has landed his dream job, though it wasn’t always that way. Now 32 years old, he has worked in more than 40 positions since dropping out of technical high school at 18 and has experienced many a critical turning point along the way.

Born in Tehran, Iran, shortly after the Islamic revolution, baby Ali and his parents became refugees after they ended up on Ayatollah Khomeini’s enemies list. Amnesty International helped the family emigrate to Austria’s Traiskirchen refugee camp. “Last year, I asked my mother why we decided to stay in Austria. She just felt that Austria is a good place,” Mahlodji hesitates as he observes the snow falling on this cold, early spring morning, “to be honest, except for the weather, it’s true!”

While he, his mother and Austrian-born brother worked hard to integrate themselves into their new country, his father, who was a PhD-educated telecom engineer in Iran, had difficulty learning German and getting meaningful employment. He suffered from not being the family patriarch and eventually separated from his wife when Ali was 13. “It was a huge shock for my brother and me. I couldn’t talk for months afterwards and was a stutterer until I was about 18.”

At age 14 Mahlodji, like most Austrian schoolkids, had to choose a career path to advance his studies. “I had absolutely no idea. Nobody ever asked me where I wanted to be born, so why were they now asking me what profession to choose? I wanted a handbook of life stories to guide my decision, but there was no such thing. So I started just talking with adults about their jobs, education and background and I would always get this ‘Aha!’ moment – OK! I can do that, I can learn that, it might not be so hard.”

Mahlodji ended up going to a technical high school. Even though he was at the top of his class, he dropped out a few months before graduation and started working part-time at fast-food restaurants and ushering at the Cineplex. For Mahlodji, school was “not for people who want to change the world, but rather for people who want a steady job sitting in front of a computer in an office. I wanted to learn about a wide variety of things: finance, project management, how to talk with people, always something new.”

His mom cut off her financial support and he got a full-time job at a pharmacy, moved into his own flat and started studying software engineering at night school. Mahlodji’s father complained that Ali wasn’t spending enough time with him. “I’ll never forget one day we had a huge fight about it. It was so bad that I turned off my phone when I got home. When I turned it back on the next morning, there was a message from the hospital telling me to come immediately. They told me that my dad had called an ambulance after having troubles breathing in the night. He died on the way to the hospital.” 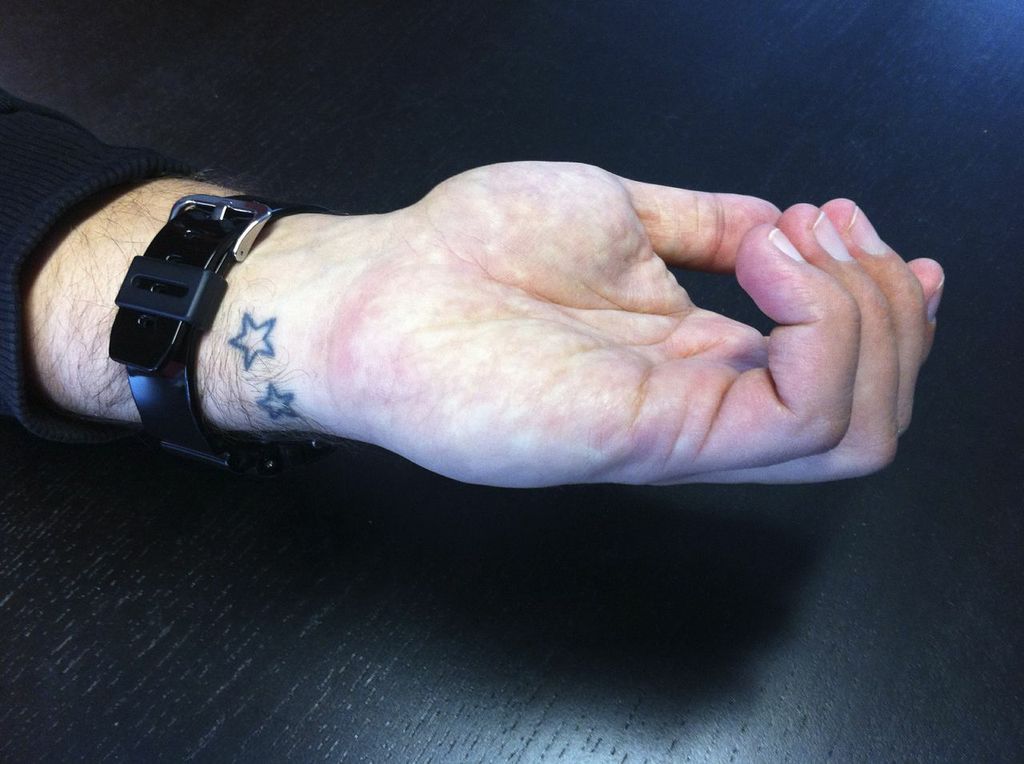 The stars on Ali Mahlodji’s wrist remind him of a promise he made to his father. Photo: Michael BernsteinBefore he died, his father told him that “so many people in this big world would love to come live in Vienna, but the people born here don’t know how good they have it.” Mahlodji points to two stars tattooed on his wrist. “These are to remind me what my father made me promise him: that even on busy days, you need to go out and look up at the sky for just one minute, and you will see how small you are. When he died, I realised I have only one life to live and that I had no Plan B. I vowed from that day on that I would only do things that I loved and not just work for money.”

After a stint as a SAP consultant for Siemens, he was recruited by Sun Microsystems to lead their technical sales team and suddenly found himself managing a dozen people older than he was. He wasn’t fazed by the challenge: “already at 17, I knew I wanted to be a team leader and to lead people who were better than me. I learned really fast and could quickly see the strengths and weaknesses in a new team or project.” At Sun, he was earning really well, drove an Audi A4 and got big bonuses. “But then something happened,” he recalls.  “I saw I was not happy. I was working for money.”

His girlfriend at the time convinced him to take a month-long holiday in Thailand together, and they ended up on the backpacker paradise island of Koh Pha Ngan, well-known for its full-moon party. “I’d never smoked before that, but there I tried everything. I saw heaven and hell. Plants talked to me. The ocean parted before my eyes! I realised that perhaps life is about more than just money and work.” Against the advice of his friends and colleagues, he quit his job at Sun when he returned to Vienna. “I had no kids, no mortgage, nothing to hold me back.”

They love what they do

Then one day he found out that the creative ad agency Super-Fi, founded by acclaimed atheist and “pastafarian,” Niko Alm (see our profile of the entrepreneur here), was looking for a project manager. “I told him that even though I had no idea about the creative business, I can handle large projects and can learn everything. The next month I was in charge of the Red Bull Mobile Hungarian launch. I worked like crazy – the first three nights I slept in the office – but I just loved that job.”

A year later, Ali came back to the idea he’d had as a young teenager – making a handbook of life stories. “I still had the same problem: no idea of life’s possibilities and stuck with only one life to live.” With an inexpensive video camera and a mic, he and a few of his friends set about creating the concept that would eventually become Whatchado. In May 2011, their idea won the Social Impact Award. They reinvested the 4000 euros prize money and launched the website with 17 video stories in June.

Two hours later, the Austrian late-night TV news (ZIB24) aired a feature story on Ali and Whatchado. The next day, McDonald’s called and asked if they could be interviewed for the site.  Mahlodji agreed under the condition that they stick to his seven-question format and allow him to interview a wide range of staff, from service personnel to top management. Mahlodji modestly recalls: “I also thought that it might be a good idea to charge them something for our effort.” 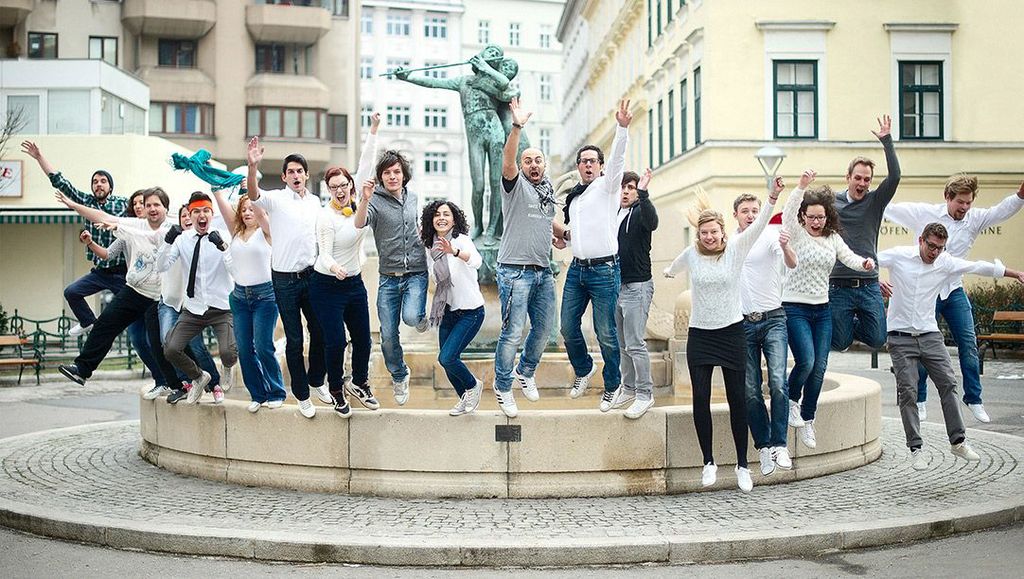 The Whatchado team is a tight-knit group of co-workers. Photo: WhatchadoWithin weeks Whatchado had six customers paying thousands of euros each, but Mahlodji and his associates were still working full-time day jobs and quickly ran out of vacation leave producing the video stories. In October 2011, Whatchado was selected as one of the top 50 startups for Startup Week (forerunner of Pioneers Festival). “I couldn’t believe it. That’s when I met [Austrian business angel] Hansi Hansmann. Up to then, I was turning down investors because I didn’t want our hands tied. I don’t care about the money. The Exit? Who cares? Hansi set up a meeting with me and [co-founders] Jubin [Honorfar] and Stefan, andafter 15 minutes of talking, he offered us 250K to become our partner at 20%. We all quit our day jobs and formed a GmbH in January 2012. We started from Day One with a full staff of 11.”

That staff has now grown to 21 and is a tight-knit group of co-workers. Last year, the team travelled to Thailand together, financed out of their revenue stream. “I insisted that everyone participate, or else no one. I wanted to show them that Whatchado’s business model was possible. We departed as work colleagues and came back ten days later as friends,” Mahlodji explains.

Perhaps the most revealing question asked in all Whatchado’s video stories is the seventh and final one: what three pieces of advice would you give to your 14-year-old self? We turned this question around and asked Mahlodji what his 14-year-old self would tell him today.

After taking time to consider, he answers: “Don’t take things too seriously. Life is a playground. It’s all about family and friends, getting fresh air, drinking water, and nothing more. Think about that!  Sometimes I forget to enjoy the moment and not think too much into the future. As a kid what was important to me was: break the rules, but not the law. If everyone goes in one direction, I have go in the other direction.” 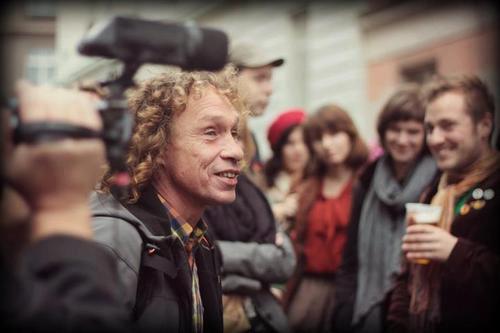 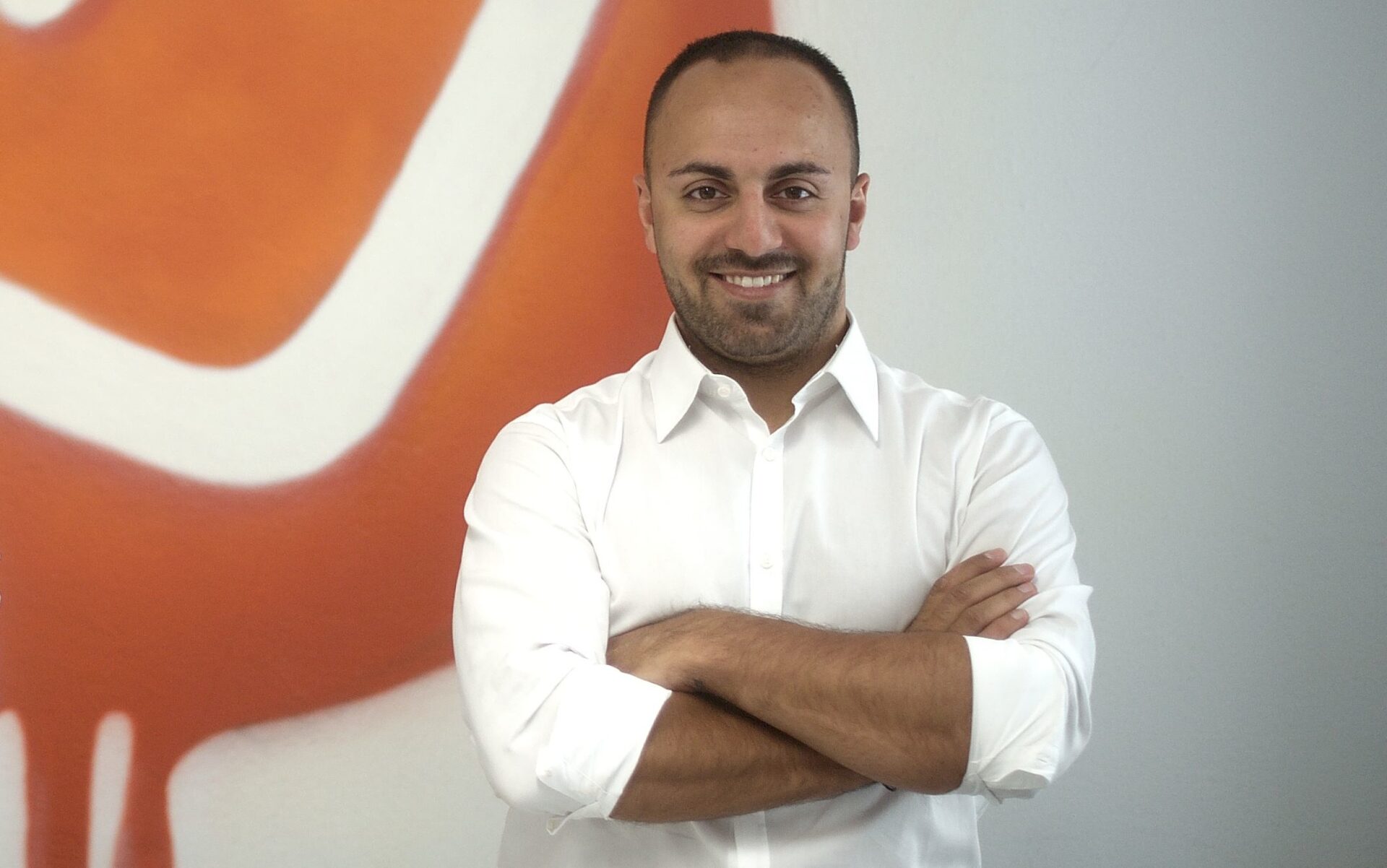