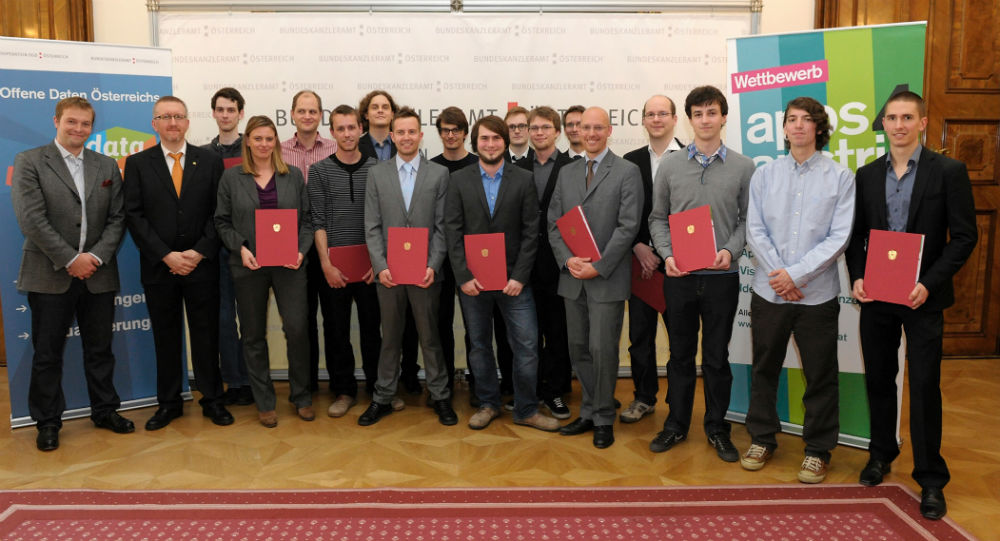 In this age of information overload, releasing data to the public is no longer enough. Someone has to make sense of it, structure it in an understandable way, and put it to good use. This is precisely what the Austrian Ministry aimed to encourage through the apps4austria contest, which held its awards ceremony on 11 June in Linz.  “The goal of the contest was to increase the usage of freely available public administration data through new, user-friendly apps. The countless creative ideas of the last month by far surpassed the expectations,” said Minister Gabriele Heinisch-Hosek.

Over 35 projects made it to the finals, all having one thing in common: making publicly available information user-friendly. The information that applicants worked with comes from the Austrian Open Government Data platform (data.gv.at) and includes geo-data, traffic and environmental data, among others.

apps4austria featured applicants in 3 categories: Web and Mobile Applications, Visualisations, and Concepts – meaning ideas for applications. “The 89 submissions show what great creative potential we have in Austria,” said Heinisch-Hosek. The best web applications were selected by a 25-member jury in a multistage process. The jury consisted of experts from the field of business, as well as members of academia and government.

And the award goes to…

The winner of the Web and Mobile application category went to Woody, an app that aims to create awareness about nature in the urban environment. The goal of the game is to feed a little woodworm called Woody, by physically being in the proximity of a tree. Thus, the INSO project developed at TU Wien gets the Viennese inhabitants out and about, navigating the urban scenery in search of small patches of nature to nurture Woody. The second place in the same category went to Die 48er-App, which provides a map that features waste management points and displays collection schedules. Helios, a geo-location app that takes you on a virtual balloon tour over the heart of Vienna and lets discover artwork, monuments and even fountains, and navigate to them, was awarded the third place in the app category.

In the Visualisation category, the projects that were awarded include a visualisation of the media transparency database in first place, data maps in second, and a visualisation platform for municipalities’ income and expenses in third. The Concepts category honoured two ideas currently in development: the visualisation of quality of life and urban bitAir. (See a complete list of the finalists here.)

The jury’s choice awards went to RIS:App, an application that provides a portal into the Austrian Legal System, as well as to Wann, which keeps track of bus schedules in Linz and helps users plan their trips, and Lilly, a route planner for the Linz public transportation system. 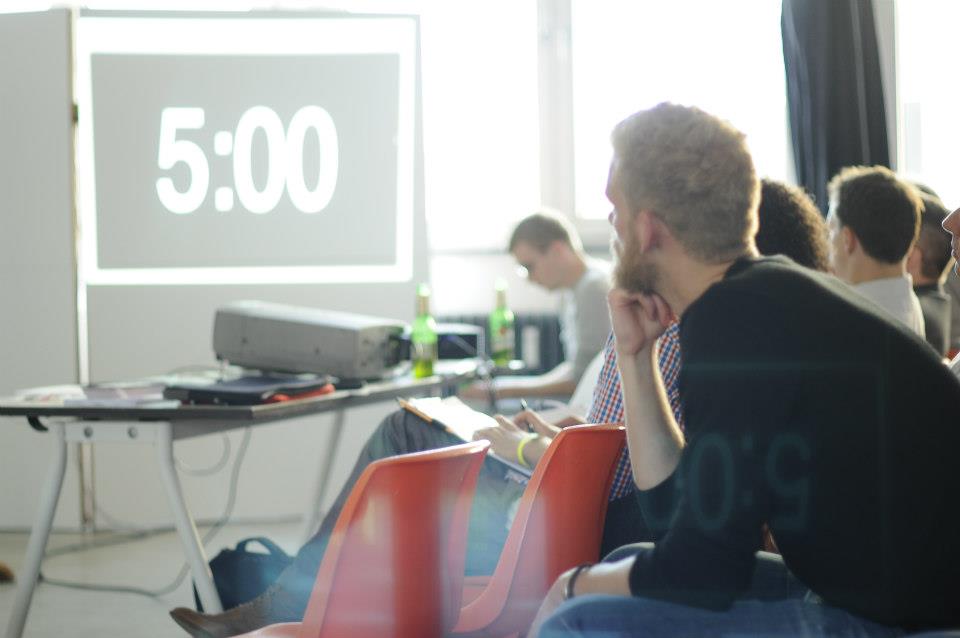 These first few weeks of the year seem to be the season to pitch ideas and get your startup going with events like Startup Live Vienna, Klagenfurt Startup Weekend, and betapitch, the last of which will take place at the beginning of March at the co-working space, Sektor 5. Unlike the first two, which organize three-day workshops with the goal of bringing people together, betapitch is interested in discovering already assembled teams to participate in their one-day event.

betapitch Vienna targets startups from Austria and CEE, and provides them with a platform to present their entrepreneurial ideas to a panel of experts. The format allows 10 teams to pitch a concept within a time limitof five minutes each, and then they go through a round of questions by the jury. As betapitch will be held in six different European cities this year, the winners – two from each location – will get to compete against each other at the final this coming June in Berlin.

betapitch is aimed at startups who already have a team and a business plan; bringing along a prototype can only be a plus. Ten participants will then be shortlisted and invited to compete at Sektor5.

Participants need to send in a one-page application explaining their concept and business plan, among others. Applications for betapitch Vienna are currently open with a deadline of February 18 at midnight. You can find more information about the application process here.