Where social impact and business come together 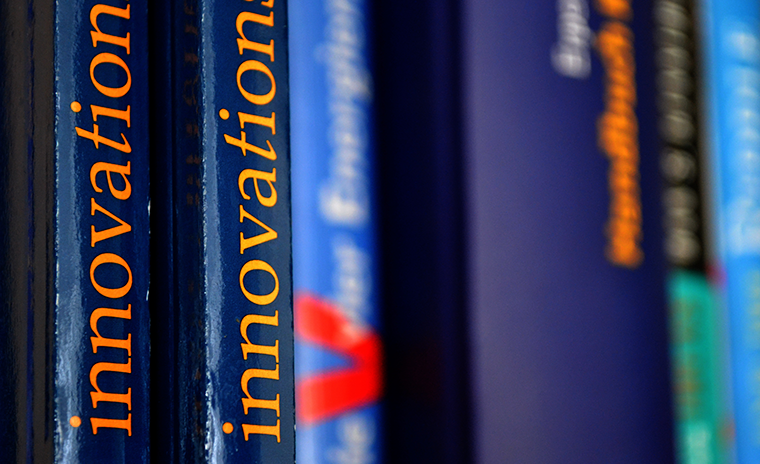 The Social & Business Co-Creation: collaboration for impact is the online competition, where social causes and business come together. The organisers are looking for innovative co-creation projects from all over Europe, bringing together different actors to solve urgent social issues. Organisations aimed at creating social impact, as well as corporations and public institutions are invited to participate. The deadline for applications is 10 April.

“Our target is to increase awareness for co-creation between social-mission organisations, traditional businesses and public institutions,” Katharina Petrasch, consultant for strategic partnerships at Ashoka, told inventures.eu.

The competition is looking for projects that incorporate new forms of interaction between social and business to create a shared value at scale. Entries can cover a wide range of solutions, from innovative job creation schemes, to the development of products that address the main needs of underserved populations, among others.

There are four main categories that applicants can choose from: new products and services, last-mile distribution, job creation and inclusive supply chains; however, they will also have the possibility to create their own category should their proposal not fit any of the above. Submissions must also involve one company of any size and one social-mission organisation (e.g. an NGO, a social enterprise) working together on a joint project. And this is just the minimum. Applications that have more than two partners and involve public institutions, too, are very much encouraged to participate.

So far, Ashoka has reported 39 submissions and with three weeks left, Petrasch expects them to at least double. The finalists will be announced at the end of May, and the winners, a month later. The top project will receive 20.000 euros in prize money, while the two runner-ups will get 10.000 euros each. For more information on the rest of the prizes, visit the competition’s website.

“For everyone that wants to apply I have three recommendations,” said Petrasch and advised: “See what you can learn from [the other applicants] in order to make your own positioning clearer. Feel free to ask questions and give feedback to other applicants and listen to the comments that you receive.” Note that until the deadline, 10 April, you can always go back and revise your application online. And also, Petrasch added: “Be different. Use videos, pictures or whatever brings your project to life. Not only the outcome counts, but also the way how you arrived at your proposal.” 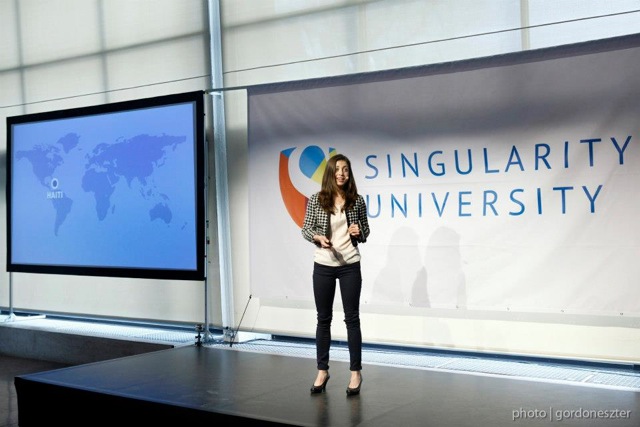 Do you think you’ve got what it takes to impact a million people using the power of technology?

The Global Impact Competition (GIC), a programme run by Singularity University, is looking for projects in CEE that can solve problems and improve human life using accelerating technology.

Update: The GIC organisers have announced that they are looking to award two scholarships to this year’s most successful applicants instead of the original one. The deadline has therefore been extended to 2 March.

inventures.eu caught up with Botond Bognár, Singularity University Ambassador to Hungary. He explained that “due to an increasing awareness of technology driven developments, we are expecting a record amount of high quality projects from Central and Eastern Europe this year.”

Why should you apply?

Once the best project is chosen, the winner will be granted a place in the Graduate Studies Program (GSP) 2014 at Singularity University. Among the perks of winning is earning 30.000 dollars in tuition fee/lodging and spending the ten weeks in Silicon Valley working with tech tycoons such as Steve Wozniak and Larry Page. GSP promises to immerse participants in a culture of innovation and exploration through intensive trainings, workshops and onsite visits at enterprises such as NASA, Facebook, and Google.

What are the requirements?

In order to be accepted in the programme, you must:

“Just do it!” said Bognár. “Don’t worry about how developed your idea is. We are looking for great applicants with a drive and a game-changing idea.”

If you are ready to make a change, wait no more and apply now! 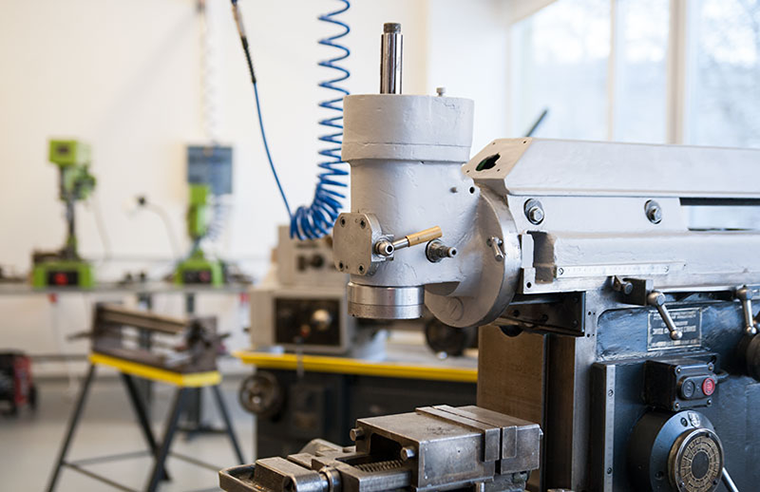 The concept of a startup accelerator is by now quite a common one. ICT startups have been getting up to speed – and beyond – through intensive mentorship programmes, pitching sessions, business modeling and prototyping. But so how about hardware for a change? Founded in June 2013, Estonian accelerator Buildit announces a call for its first class and prepares to begin investing in startups dedicated to producing hardware. The deadline for submissions is 25 February.

Having recently published a feature about some of the most successful hardware-related CEE Kickstarter campaigns from the past year and highlighted some of the most promising projects originating from Slovenia, we thought the opening of a hardware-specific accelerator for the CEE region sounded like an intriguing idea. We therefore caught up with CEO Aleksander Tonnisson to find out more about the team’s plans.

Founding hardware startups is hardly a new concept, as a number of CEE-based teams managed to hundreds of thousands of dollars through crowdfunding within just the past year. The number of successfully raised campaigns is perhaps proof enough that there is a considerable level of demand for hardware projects, and the launch of Buildit only indicates that such ventures do not necessarily need to crowdfund to find financial backing.

Buildit, which is currently funded both by Enterprise Estonia and its co-founders, was established to provide a structured programme for building hardware startups in Europe and Russia. “We strongly believe that the hardware is the next big thing,” Tonnisson told inventures.eu. “Our mission is to develop a hardware culture in Estonia and in the startup community in general by bringing experienced mentors here to work with our startups and do a seminar for a wider audience.”

With the country having already churned out companies like Skype, Fortumo, TransferWise, and GrabCAD, Buildit aims to create a strong domestic hardware culture. Tonnisson said it’s among their priorities to raise the awareness of potential investors, and they have already taken steps in this direction – the Buildit team helps organise a hardware panel at the Latitude59 conference, and is planning to open the first publically accessible techshop in the country. In order to be able to invest in future startups, the founders of Buildit are currently raising a fund of 500.000 euros, which includes contributions from each member.

Although Buildit is open to applications from around the globe, the accelerator is particularly interested in mentoring startups from neighbouring countries. “We accept startups globally, but are more focused on European and Russian startups,” said Tonnisson. “We find that it’s just more realistic to get the attention from the nearby regions, as opposed to across the ocean.” Buildit expects to begin with eight teams, with more than half of participating teams to come from outside Estonia, Tonnisson added.

The accelerator offers 5.000 euros per team member, with a 15.000-euro limit, in exchange for 5-10% equity. The three-month programme brings in at least one foreign mentor per week and Estonian mentors on a more frequent basis. The mentors brought in are chosen for their specific expertise, and “teams can expect working with people who have succeeded doing a hardware startup, some who have done their exit, people who have industry background and experience working in bigger corporations,” said Tonnisson.

Following the mentoring period, teams will participate in a typical Demo Day and connect with potential investors. Participating teams will receive free access to tools and prototyping facilities and a free, open office space to carry out their work.

Again, the deadline to apply is 25 February – don’t miss it!

TRIGOS 2014 is looking for this year’s winners 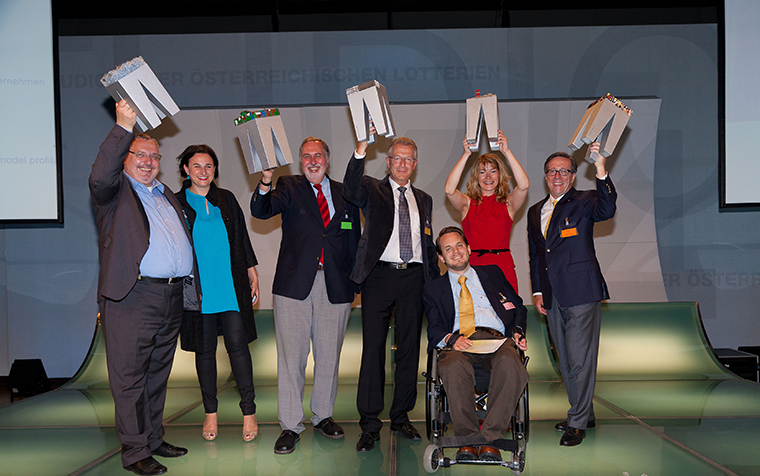 The TRIGOS Award, Austria’s recognition for companies with a holistic approach to CSR and social and environmental commitments will take place again this year for the 11th time. Companies are encouraged to apply for one of the three main categories – CSR Engagement, Social Entrepreneurship and Best Partnership, and the deadline to do so is 5 March. The winners will be announced at the TRIGOS Gala on 4 June in Vienna.

“With social, environmental and economic contributions to our economy, companies are seizing the opportunity to take social responsibility and actively contribute to man and the environment,” Alfred Harl, TRIGOS partner and chairman of the UBIT association, said in a press release.

In the last ten years, 1.400 Austrian entrepreneurs have applied for TRIGOS and around 200 have been nationally and regionally awarded. The aim of TRIGOS is to honour the best and most effective CSR activities of Austrian ventures and present models of success to a wider public. Participation in TRIGOS 2014 is open to all companies, members of the Economic Chamber Austria, which is not a necessary condition for Social Entrepreneurship applicants.

The winner in the category Social Entrepreneurship in 2013 was whatchado led by Ali Mahlodji, whereas the 2012 winner was Gregor Demblin with Career Moves.

In addition to the national TRIGOS Austria, this year’s enterprises will be awarded at a regional level, too. Companies that participate in the regional TRIGOS – in Upper Austria, Tyrol and Carinthia, will automatically be included in TRIGOS Austria. The jury attaches great importance to the fact that applicants should not only take measures but also assume social responsibility as a business philosophy, integrating it strategically into all areas of their activities.

TRIGOS 2014 is supported by UBIT, the Professional Association of Management Consultancy and Information Technology of the Austrian Chamber of Commerce.