Win one of 10 Finns from BikeCityGuide! 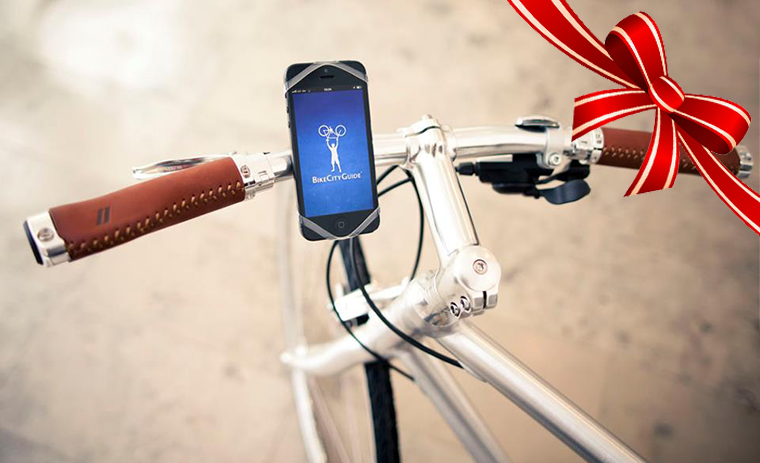 It may not be the ideal time for a bike ride but a passionate cyclist is already starting to prepare for Spring. If you are one of them, you should take a closer look at today’s offer of our 10 Days of Christmas Promo.

Graz-based startup BikeCityGuide has developed a mobile application, which navigates bikers through 33 cities in seven European countries – Austria, Germany, Switzerland, Belgium, Spain, France, and the Netherlands. Launched in April 2012, the app allows both residents and tourists to discover a city on a bicycle. The team used open street maps, Wikipedia and the input of experienced cyclists to ensure the quickest route of gettingto a desired destination.

At the end of April, the startup launched an additional gadget – Finn, a silicone-based mount that can be fixed to any handlebar to hold your smartphone in place.

Photo credit: BikeCityGuideLike BikeCityGuide’s mobile app, Finn is made in Austria and available for 12 euros. BikeCityGuide has recently launched another mobile app, BikeNatureGuide, that guides users on the most bicycle-friendly routes through Austria’s natural areas and culinary regions.

BikeCityGuide is giving away 10 Finns to our readers. Do you want to win one? All you have to do is like our Facebook post. We will draw the ten winners tomorrow. The offer is valid until 18 December, 12pm CET.