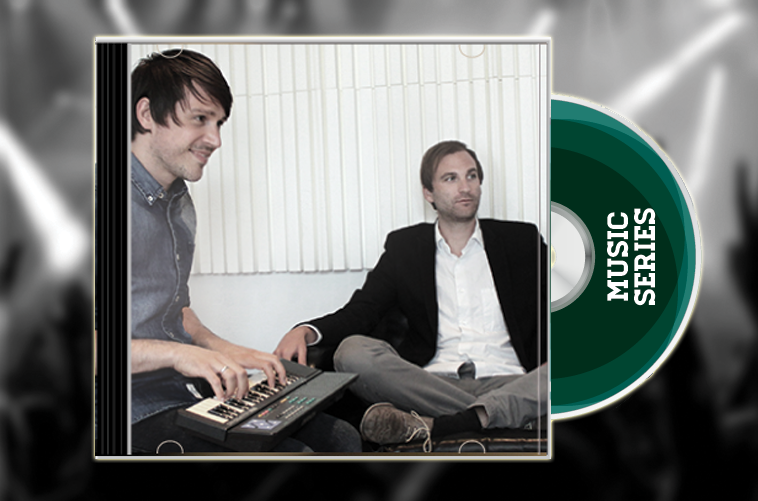 Before the two musician-composers teamed up to form Definitely Music, both had many years of experience in the music business. Ulmer has been the songwriter and leader of the pop-crossover band, My Excellence, whose songs landed on German and Austrian charts and earned them a deal with Universal Records (one of their songs was chosen for the title tune of the TV series, Ghost Whisperer). Leers taught himself guitar at 16, studied composition at the Vienna conservatory and did A&R and creative direction for several international record labels. But the mainstream music industry left both men wanting more – and not just financially speaking.

The duo met when Leers road-managed one of Ulmer’s tours and soon realised they had a lot of common interests and musical tastes. “We were both interested in the theory and structure and conception. So we decided to quit our day jobs,” Ulmer was also working for the ad agency J. Walter Thompson, “and together do some music production for commercials and movies. We eventually decided to focus on soundbranding.” Here, they found a comfortable niche that blends their combined skills and experience.

More and more companies are “tuning in” to soundbranding, a relatively new field of marketing (at least in name) that furnishes corporate brands with the audio equivalent of a graphic logo and stylebook. Soundbranding is a catch-all term covering music created specifically for one reason: to help sell a product. It includes traditional commercial jingles as well as sound logos (think Nokia, Intel or T-Mobile), music on-hold, ringtones for cell phones, retail soundscaping, and even sound-experience trademarking (in 1994, Harley Davidson filed a trademark application for its throaty V-Twin roar).

Getting by pretty well

For Ulmer, soundbranding is above all an opportunity to earn money through music—not such an easy thing for a musician to do in the post-Napster era. “There are so many struggling musicians in Austria because the market is so small. Well, maybe not for folk music, but definitely for pop. Even in Germany, which is the third largest market worldwide, it is difficult to make a living through music. It takes a lot of energy to make and at some point as one gets older, if one hasn’t obtained superstar status, one realises that the demands are too high. And aside from typical sound-studio work, soundbranding is a possibility to earn money with musical skills and know-how.”

For Leers, making it as a musician in the traditional field is a game of chance. “In the corporate world, it’s a steadier way to make a living. We’re not getting filthy rich, flying around in private jets, driving Porsches, but we’re getting by pretty well.” He adds, “I’m simply happy that I can make a living doing what I like to do, and I don’t measure that in money.” 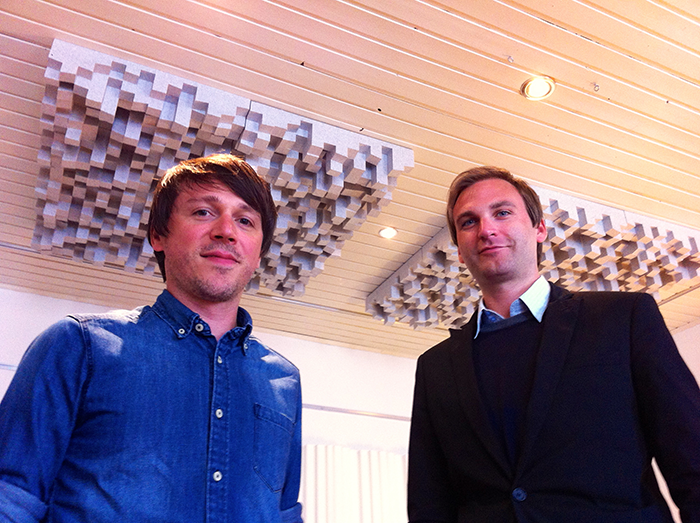 Indeed, it can be quite lucrative for this small but growing field of marketing. A full-fledged corporate project can fetch a soundbranding agency anywhere from 60.000 to 200.000 euros, coming from a combination of consulting contracts (for the conception and production of the audio brand), licensing fees (from distribution through multiple touchpoints) and even royalties from music publishing houses (everytime a soundbrand is played on radio or TV, its composer earns a wee bit). Definitely Music also offers its customers a monitoring service for ongoing adaptation, worldwide distribution and improvement of the audio brand.

But there’s more work to this business than meets the eye (well, ear). “Even the smallest corporate project takes a minimum of two or three months time. Large projects take one or two years,” says Ulmer. “Basically, any child can write a four-note melody,” admits Leers. “But that’s like saying that all a logo designer does is just add a typeface to the product or company’s name,” adds Ulmer. “But of course there’s much more concept behind it. Like with mood boards in graphic design, we’ll select various sounds and genres and present them to the client, like a box of building blocks, and then together with the people responsible for marketing, we’ll begin to build the perfect sound for the company.” The sound brand is then implemented throughout all channels of communication.

Though Germany is the world’s leader (with some 40 specialised agencies) in this relatively new branch of marketing, it is also a growing field in the USA and the UK. Other than Definitely Music, there is a small handful of soundbranding firms in Austria, but Ulmer and Leers believe the more, the merrier. With more competition, the overall awareness of soundbranding increases and the demand grows accordingly. As is often the case with conventional musicians, soundbranders often inspire each other and collaborate well together, even when they are all vying for a small number of potential gigs. Since 2009, there is even a Audio Branding Academy in Hamburg, where best practices and experiences are shared. Beginning next year, Ulmer will give lectures about soundbranding songwriting at the Vienna conservatory’s new pop-music programme.

“Whoever can turn their hobby into a profession,” believes Leers, “has a good life!”