A Nordic Surfer’s Guide to Goal-Setting and Battling Adversity 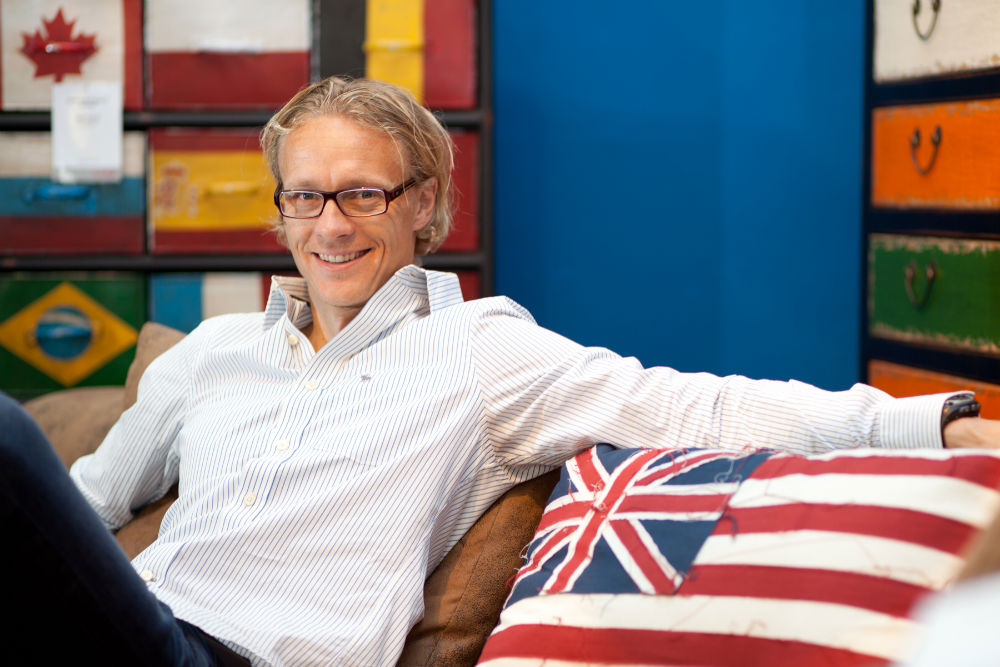 You are working on developing an eco-friendly hotel startup. How did the idea first come about?

“After a few years of working in management for high-end hotel chains like Marriot, I briefly switched from the luxury segment to the budget segment. I joined a leading Austrian hotel group that had a youth hostel and camping department. There, I learned that the hostel concept was more profitable than upscale hospitality offerings and thought, there must be something there. Hostels are a great hybrid concept. Last year, I thought up the Fizz Hotel idea, which is still very general but is evolving into a disruptive take on the current hotel and hospitality space. Basically, it combines smart design, real eco credentials, and potentially co-working spaces – at a budget. Our goal is to be the budget design hotel brand in Europe. Our mission is simple: “sleep smarter”. This autumn I’m starting an executive degree at THNK Amsterdam School of Creative Leadership, where I hope to build on the Fizz idea and brand further.”

As a THL [tourism-hospitality-leisure] professional, how do you view new types of competition from the growing number of home-rental sites such as Airbnb?

“I just booked my first stay with Airbnb for an upcoming trip to Barcelona. I think these providers are potentially huge competition for the traditional hotel sector. Travel habits are changing. A recent market study of the German hotel industry forecasted an up to 30% cut in room capacities in the near future. Mid-range hotels in particular are having increasing trouble with positioning. The future is about niche offerings, out-of-the-box hotel products, and really innovative USPs.”

Aside to your consulting business, you host inspirational talks and panels on the THL industry and other subject areas. How did that happen?

“I’ve been a member of Toast Master’s International for a number of years. I also teach part-time at the Modul University in Vienna, so I enjoy public speaking and think these kinds of events can be valuable. I co-organize an ad hoc panel series called Fizz Power Talks and another called Tourism Talks. Our next event – “Wiener Hotelmarkt als Haifischbecken” – has 100+ registrants and is focusing on the many market pressures and changes facing the Vienna hotel scene.”

Aside from being a Distinguished Toast Master, you also trained with the Al Gore Climate Reality Project to become an advocate for climate change mitigation. How does sustainability factor into your business ethics?

“Sustainability and eco-friendliness are core values within the Fizz concept. I went to San Francisco last year fora 3-day training to learn more about the Climate Reality Project. It was a good experience, but I was surprised by the fact that the focus in the US still seems to be very much on convincing some parts of the American public that climate change is actually happening. We’re way beyond that in Europe. In that sense, I was a bit disappointed. While I was in the Bay Area, I also got to do the Escape From Alcatraz triathlon, which was great.”

You’re also currently training for your second take of Ironman Austria.  What inspired you to go for it?

“I’ve always been big on sports, from surfing to extreme triathlons. Last year, I suffered a bike accident early on in the competition. Failure! What to do? Immediately the next day, I re-registered for this year. I had spent a year training and did not want to give up so easily, but for me the most important thing is still the process of training. Broadening your comfort zone, breaking things down into manageable steps and milestones – and most importantly, having an overwhelming vision of what you want to accomplish. Setting a clear goal to work towards and then adding new ones as you go along, that’s what it’s all about. It’s the same in business; strategy plans and persistence really work.”