From Austria, with Love

Austrian style and culture is difficult to define, as it is a fusion of tradition and modern, urban and rural, imperial and down-to-earth. Yet wrapping Austria up in a nifty package is the goal of FROM AUSTRIA, whose founder, Zissa Grabner, herself embodies some contrasts: robust and delicate; businesslike yet humorous; cosmopolitan and rustic; serious as a parent yet cheerful as a child. She also has a complex professional life – before she founded her own startup, she was an investor/advisor to others.

All in the Family

In 2006, 24-year-old Zissa, short for Franziska, had just finished an internship in Buenos Aires. Though she was quite far from hometown Vienna, she enjoyed it so much that she wanted to stay longer in Argentina. However, her father, Austrian media heavyweight Michael Grabner (also involved in e.g. i5invest, Raiffeisen), had other plans for Zissa. Having recently stepped down from his position at the Stuttgart media concern Holtzbrink, he asked Zissa to come back home to work with him. “It was always his dream to create a family enterprise,” says Zissa, the youngest of three siblings and added: “At the beginning, I was learning by doing and gaining a lot from my father’s experience in the media branch.”

The next year, Zissa, her brother Gabriel and their father co-founded Michael Grabner Media. They started looking for opportunities to invest his private equity and to utilise his powerful network and soon made their first big deal – investing in and advising Media Digital GmbH which developed online daughter company of the newspaper Österreich, oe24.at.

“I worked with the founding teams, doing strategic development and diversification. Our slogan is ‘capital and more’. We bring not only our financial investment, but also are very involved in the operations and we bring our extensive network to media insiders,” recalls Zissa.

Though exited from Media Digital in 2013, Zissa grew frustrated with the modest short-term financial returns of such long-range investments and also with always having to make group decisions. Zissa thought the time had come to launch her own enterprise. “Investing and consulting is not the same thing as doing it yourself. I’m the type who likes to actually make things.”

With the exception of windeln.de and j.oe24.at, none of the ventures MGM had invested in were e-commerce platforms, but Zissa saw her future in this business model. So she brainstormed ideas and analysed competition in several fields. She recalls, “my ‘Aha!’ moment came when I realised that I wanted to be in the tourism sector,” a €32- billion-euros industry in Austria, “and try to sell Austrian souvenirs online, I did my due diligence and set up meetings with producers and retailers. Unfortunately, I got the feedback that tourists won’t buy anything online, only in actual shops.”

Grabner then sought the advice of her long-time friend, Alexandra von Quadt, who had previous experience in e-commerce startups and luxury brand marketing. Secluding themselves for days in an alpine hut, they came up with the seed of an idea – to bundle together Austrian products under a single brand and market it online not only to foreign tourists, but also domestically. In December 2012 they started sharing an office together and eventually founded From A Handels GmbH in March 2013. Their e-commerce site, fromaustria.com launched the following May.

By February 2014, Zissa and Alexandra moved their lean operation into a trendy rooftop loft space in Vienna. FROM AUSTRIA needs a large space to store the hundreds of different products they sell and for processing shipments. “We try to add a human touch to our packaging, gift wrapping each order like a little present. Each package goes out with a handwritten, personalised notecard of thanks!”

“We didn’t break even in our first year of operation,” says Grabner, “but we are growing steadily. We started off selling only 150 products – now there are about a thousand. The proof of concept is that we are landing bigger partners.” The site generates some 15,000 monthly visits, growing at about 15 per cent per month. 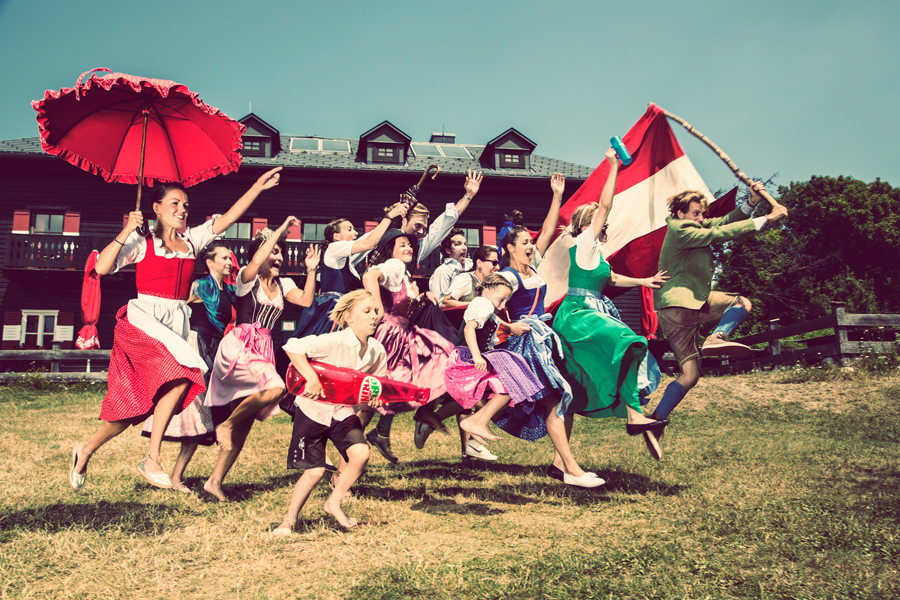 As an entrepreneur, Zissa is even more demanding and impatient with FROM AUSTRIA as she was as an investor in other startups: “I want to see more results, and I want to achieve them faster than with other investments. But I guess that’s also a general trait that I have with never really being content orfully satisfied with things I do.” Her goal is to find new strategic investors who will contribute more than just capital, but also expertise in IT and logistics, as well as connections to larger markets. “The internationalisation of FROM AUSTRIA is one of our biggest goals for now,” says Grabner.

Zissa has handed over most of her responsibilities as a partner of Michael Grabner Media (which is FROM AUSTRIA’s lead investor) in order to focus her attention on her startup. “The beautiful thing about being an investor is working with (usually young) founding teams and supporting them in building something they believe in. It’s a little bit like parenting – you’re proud and happy to see them develop into something grand,” she believes. “The changeover from investor to founder was probably one of the biggest lessons of my life. It’s a day-to-day process. It’s like being a parent, going back to being a kid, but with the state of mind of a grown-up.”