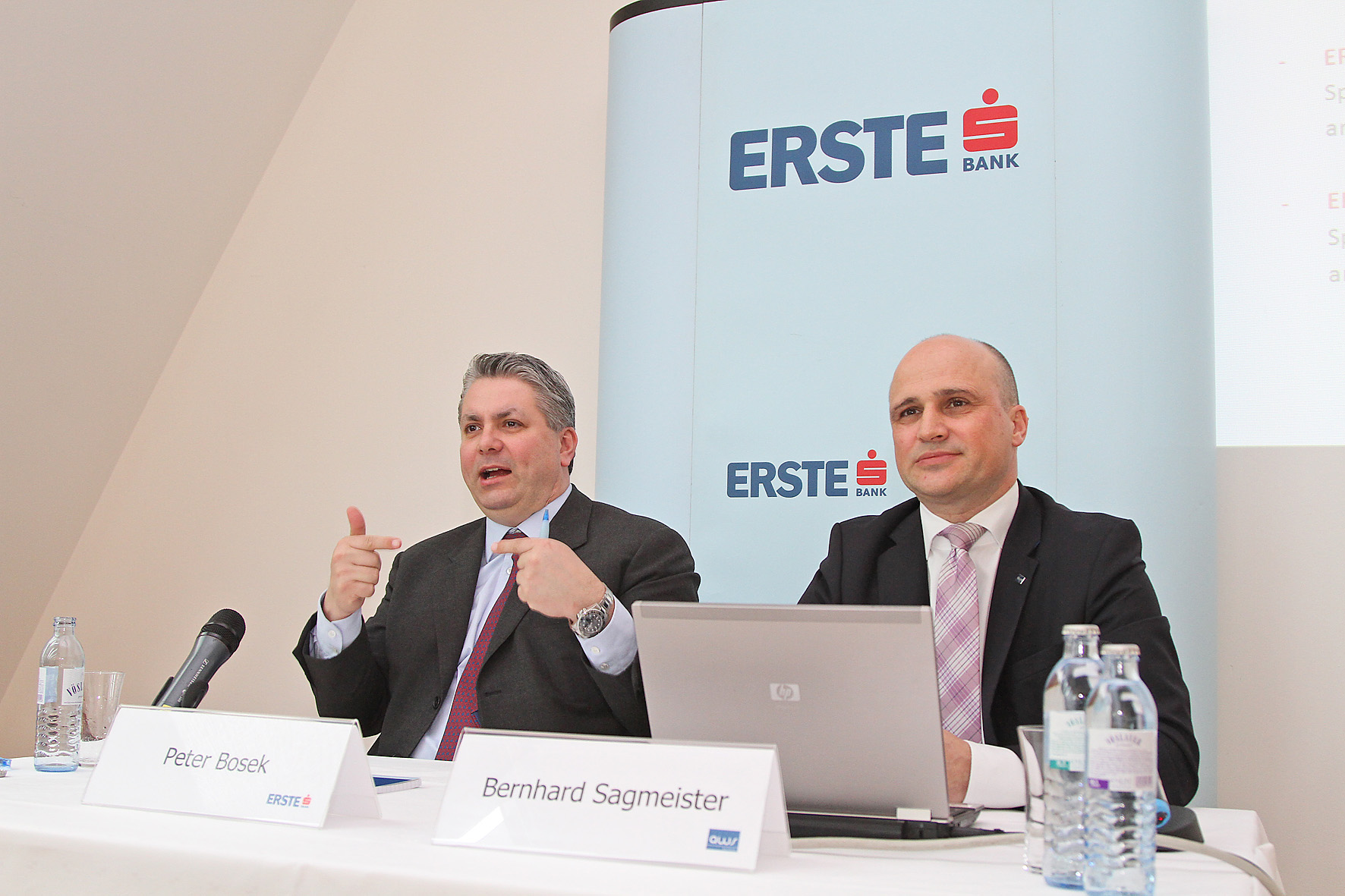 While the availability of equity capital is still somewhat underdeveloped in Austria, the system of public grants and funding proves to be more favourable. At the beginning of the year, a further public means of risk capital financing was introduced as part of the government’s Jungunternehmer-Offensive (“young entrepreneurs offensive”). With the so-called Gründerfonds (“founders’ fund”), the Austrian public funding bank AWS will administer a volume of 65 million euros of risk capital over the next 6 years on behalf of the Ministries of Economy and Finance. Through the fund, the AWS will invest equity capital into the foundation phase as well as the first growth stage of startups and SMEs. As was announced last week, Erste Bank has joined the government’s efforts by investing 3,5 million euros of risk capital into the fund, thus increasing it to a total volume of 68,5 million euros.

On the event of Erste Bank’s strategic partnership with AWS, the Austrian Minister of Economy, Reinhold Mitterlehner, who is also the AWS proprietors’ representative, has expressed his hopes for further investors to follow this example. The initiative has been met with a lot of interest: 70 founders from various sectors have applied for financing from the Gründerfonds since the beginning of the year. According to Mitterlehner, particularly strong demand for equity has been coming from startups in the technology sector. The first confirmations for financing will be given in the course of the second quarter of 2013. The majority of applicants so far are ventures that have been operating for 1 to 3 years. The fund is still open for applications.

As AWS CEO Bernhard Sagmeister stressed, financing possibilities for Austrian startups have worsened ever since the financial crisis due to increasing capital requirements by banks . This has led to stricter criteria for bank lending, in particular for founders. In addition, the availability of seed venture capital has gone back with the withdrawal of major investor groups from the Austrian market. Thus, Sagmeister hopes to answer to the demand for equity with the Gründerfonds, which he perceives as complementary to the existing equity and liability initiatives of the AWS.

What does the Gründerfonds offer?

The equity will be lent out under “market-compliant conditions”, since as Sagmeister argued, AWS “does not want to oust other players offering equity but rather support them”. Thus, founders eligible for investment will have to pay interest. Returns into the fund will be re-invested. Silent participation will function like a conventional bank loan in that interest has to be paid, since as Sagmeister explained, “the costs for the risks and administration have to be paid off,” while there is no view to profit on behalf of AWS. Sagmeister expects a drop out rate of about 30%. Open participation contracts, which are more sought after, are said to work like a “real” private equity investment of up to 49% of shares.

A further initiative, the Business Angel Fonds was also started this year as part of the government’s Jungunternehmer-Offensive. It has a volume of 22,5 million euros, which are said to double over next three years. Sagmeister expects it to be a more potent instrument than the Gründerfonds. So far, there have been 7 formal applications from business angels and 25 serious interested parties, which AWS will connect to ventures once they have been approved.

For more information on the AWS Gründerfonds in German see www.gruenderfonds.at