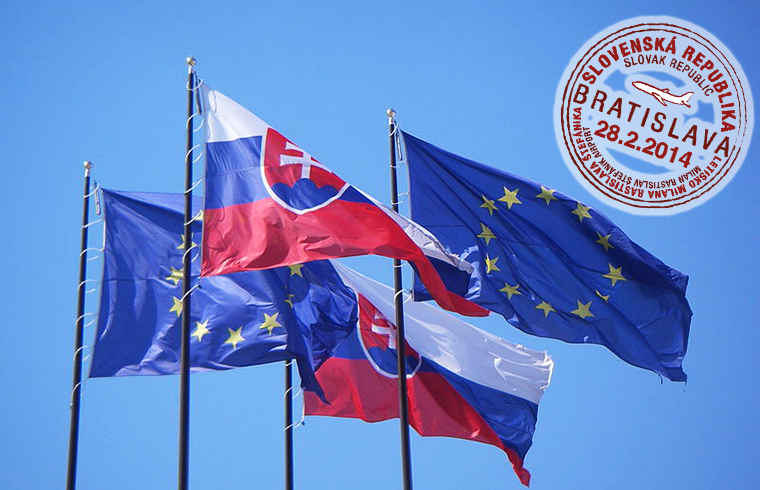 Imagine the following scenario: You’re an entrepreneur and you have this great idea. It’s the best thing since sliced bread – or flying cars, for that matter – and you want to make it happen. Also, you live in Slovakia and want to base your company there. If you’re a keen follower of Slovak Week, the chances are you can already relate.

But go back to the scenario. You start doing your research. You look into the size of the market, scan the competition, you ask your parents if they think founding a company is a good idea, they say “are you crazy?”, you say “too bad”, you put together a team and get to work. Only then do you come across the recently released Index of Economic Freedom and realise that Slovakia has dropped 15 places year-on-year. Perhaps your parents have a point, after all.

Whether this exact scenario is plausible enough is, frankly, not all that important. However, what does matter is to what extent such a measurement of the economy is likely to influence the decision and approach of early-stage companies to do business, and how it is perceived by different players in the scene. We talked to startups and experts to get their take on the economic developments in the country.

Slovakia’s economy is currently the 57th freest in the world – or moderately free, according to the recent 2014 Index of Economic Freedom compiled annually by the Heritage Foundation in partnership with the Wall Street Journal. The country’s score has dropped 2.3 points compared to last year, and with an overall performance of 66.4 (on a 0-100 scale, with 100 being the freest), Slovakia is now lagging behind neighbouring Central European countries.

The index includes 186 countries worldwide, and evaluates their overall rank based on ten freedoms from property rights to entrepreneurship. Although in certain respects the economic environment in Slovakia has improved, overall conditions have worsened, ranking it 15 places lower than the year before. Taking a closer look at business, labour and investment freedom in particular, the conclusion is that the state of business and labour freedom has declined, while investment freedom has improved.

But does Slovakia feel any less economically free?

Lukas Alner, co-founder and CEO of Slovak startup Diagnose.me, puts things into perspective. “In the late 90’s and early 2000’s, we had a very fast economic growth in Slovakia because we had very pro-business oriented governments. In fact, it may have been too much because many smaller entrepreneurs and employees were not protected enough from aggressive and opportunistic businessmen.” As a result, he added, “the center-left governments that followed, trying to balance the status quo, passed few regulations.”

Martin Reguli, analyst at the Hayek Foundation in Bratislava, elaborates further. “The drop in labour freedom [in particular] is a long term-problem that Slovakia has faced pretty muchsince the 2006, when the centre-right government of Mikuláš Dzurinda was voted out of office. The positive effects of a very flexible Labour code and the flat tax were slowly dismantled by the changes […] pushed through by the first government of Robert Fico[‘s centre-left party].” Today, about four years later, Fico is again heading the Slovak government.

The drop in Slovakia’s ratings can be attributed to these changes, Reguli added, combined with the recent introduction of the tax license, which requires all companies to pay a minimum tax.  Only the self-employed and newly founded companies will be exempt from the tax license over the first year of running their business.

It is administrative changes, however, that some startups see as somewhat problematic. “We’re feeling some administrative complications in how we’re conducting business, but it’s nothing dramatic,” said Andrej Glezl, co-founder and CEO of Slovak startup Datamolino. Perhaps their biggest difficulty so far has been obtaining VAT registration from the tax authorities, which took several months.

The incorporation of their company was also more beaurocratic than before. “The recent complication in the process is the requirement to get a clearance from the tax authority confirming that the founder does not have any unpaid tax obligations. The condition makes sense, but it would be much better if the court that incorporates the company would obtain this from the state’s database, rather than the applicant having to obtain a written statement from the tax authorities.”

A business is motivated by a vision, not regulations

Founding a company, in the first place, does not appear to be the most effortless process. In 2012, registering an entity in Slovakia took an average of 12 days, and cost around 335 euros, according to the European Commission (EC). That is to say it took more than twice the EU average of 5,4 days, yet the costs were lower by about 40 euros – the EU average is 372 euros. According to the 2014 index, business freedom – which measures the ability to start, operate, and close a business, has dropped four points down to 67 in 2013.

Alner and Diagnose.me seem like an unusual example in this context. While the startup has Slovak founders and investors (our Investor Pick Ivan Stefunko is onboard), the company itself has its headquarters in the Netherlands and what Alner calls a “back office” in Slovakia. “Prior to establishing the company, we carefully analysed the laws of different European and US jurisdictions and then made the decision to base the company in the Netherlands,” he said. Statistics show that it only takes a day to register a legal entity in the country, yet Alner wouldn’t say it was the most uncomplicated process.

This seems to be precisely the point.

“No regulations will either motivate or demotivate an entrepreneur who wants to start a company, nor will they hinder or help him or her in succeeding,” he said. Every business is motivated by a vision and desire, he added, and “the stronger these are, the greater chance a business has to survive.”

Essentially, he believes that although the conditions for businesses in Slovakia are not ideal, there are more restricting factors than economic freedom per se. The limited market size and the limited purchasing power of Slovaks seem to have prevalence.

‘In the end, it’s about spirit’

“Slovakia is the smallest market in Central Europe,” Stefunko also told inventures.eu in his interview. “5,5 million people is too small of a market to do anything serious, [which] is why Slovaks have to concentrate on foreign markets.” That is not to say they need to relocate, but rather reach out globally with their product.

Raising money to develop your business, let alone expand internationally, is certainly not all that easy. Glezl and the Datamolino team were in discussions with over ten different investors before they signed their 500.000-euro deal with the Slovak Innovations and Technologies Fund (FIT). For the most part, “it takes time to gain the investor’s trust,” he said.

The fact that investment freedom – measuring the size of constraints on the flow of investment capital, has gone up five points to 80 (or free) since last year, according to the index, is a positive trend, yet Reguli seems to have reservations. “The changes in terms of the abolition of the flat tax and the tax license, [among others] were introduced in 2013. This will, in my opinion, outshadow any benefits that are noticed in the Heritage Foundation ranking for the investment freedom,” he said. Perhaps these factors were not included in that particular ranking, he added, and in no way does it mean that there are no foreign investors contemplating the investment scene in Slovakia.

Whether or not such economic data have a direct impact on early-stage companies in Slovakia seems to remain an open-ended question. Alner shares his take on the situation.

“I can imagine the conditions for new businesses could be even more business-friendly, but despite this [the current conditions], or maybe even because of this, there is an extremely strong and lively startup spirit and community in Slovakia,” he said. “According to the statistics, the conditions here should be worse for startups than they are, but somehow, that doesn’t seem to be discouraging entrepreneurs. I guess, in the end, it’s about spirit.”