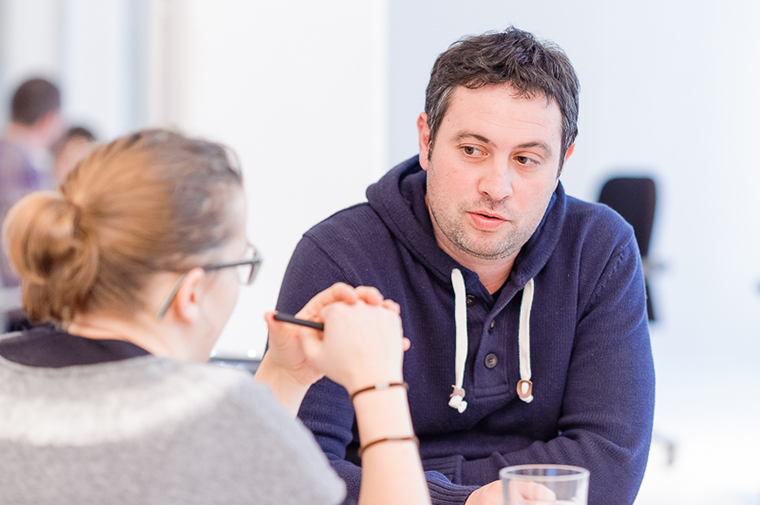 The sewing machines are rattling; the women are highly concentrated – but not for long. They burst out in laughter once the photo shoot begins. There is a cheerful vibe throughout the small industrial place of Humana Nova, the social cooperative, which promotes social integration of disabled people as well as environment-friendly production.

More than a year ago, around 40 people participated in a social project called Esco, launched by the Autonomni Centar Cakovec with the aim to improve the situation of disabled people on the job market. They learned how to sew and how to manage a social project, among others. Humana Nova is a follow-up project of Esco. There, a handful of workers are recycling and redesigning old clothes, shoes and textiles and giving the products a new value. 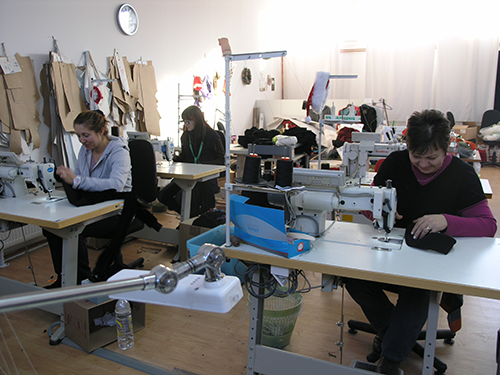 Photo credit: Humana NovaFrom the Esco project, three disabled women and an elderly tailor, started working at Humana Nova. “Soon, we opened two second-hand shops and employed two people to work there. After that we employed a team director, after that a designer…” project manager Ivan Bozic tells us about the growing process of the social guild. “The main aim of the project was to give disabled people more opportunities to find employment in the Medjimurje County, and develop new models of employment of the disabled on a local and state levels,” he adds.

Ivan is enthusiastic about the project. He himself started to work there as a volunteer. “When the Autonomic Centre Cakovec and their board member Teodor Petricevic started the project, I was far, far away from that kind of business. I was in the private sector. But as some things go, after some time I spent volunteering, I was offered to manage the project and became one of them.”

Today, Humana Nova employs 16 people, six of whom are disabled, and four are people who had difficulties to find a job because of their age. For the employees and their families it means a lot to be able to work at this place and have a regular income: “It was positive for their self-esteem and quality of life,” says Ivan. By donating clothes, Humana Nova has also helped 50 families and ten local organisations in need. Locals accepted the idea of the project from the start, Ivan says. “The citizens are our biggest supporters as they are donating their things every day.”

Photo credit: Humana Nova‘Warm words but nothing else’

But when it comes to financial issues, Ivan often faces “warm words but nothing else” from institutions and banks. “We are aware that no one is going to give us benefits just because we are good and pretty. We are working for it.” Humana Nova started with money that came from the Esco project; the rest came from donations.

A year later, in 2012, the company has earned 135.000 euros, which left them with a small profit. According to Ivan, most of the money was going to be reinvested. Besides funding, the main challenge in the beginning was the lack of experience in that field of business. Humana Nova faces challenges every day, “everything is work in progress,” says Ivan. Since the employees are members of the guild too, they can make business decisions, but also need to get explained, which consequences the decisions would have on the business.

Humana Nova was also part of the Investment Ready Program, which helps startups build up professional businesses. It provided knowledge and they learned about new skills like pitching and the importance of networking.

The idea to make a successful enterprise out of Humana Nova was there from the beginning. “It wouldn’t have made much sense without the aspect of sustainability, because the crisis is still here and continuing around us. But we think that we can reach our economic, ecological and social goals by expanding and doing smart investments,” says Ivan.

The situation is stern: Croatia has one of the highest unemployment rates in the whole European Union, as recent Eurostat data have shown. It is, according to the national bureau of statistics, also one of the poorest countries measured on a social scale – every fifth Croatian cannot afford their basic everyday needs. 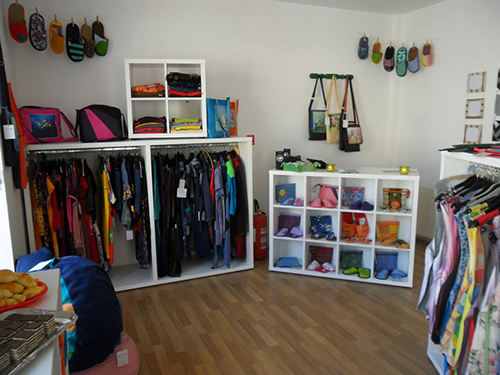 In 2012, the guild received an award for social entrepreneurship and an award called “Key difference” for the work with disabled people in 2013.

This summer, Humana Nova started its expansion in other towns in Croatia. They openedsubsidiaries in Koprivnica and Vrbovec, and by the end of next year, they want to open five new ones. In the long run, they also want to start to collect toys and furniture. “Also, we think that we can be a rehabilitation centre for the physically and mentally disabled and other socially excluded persons.”