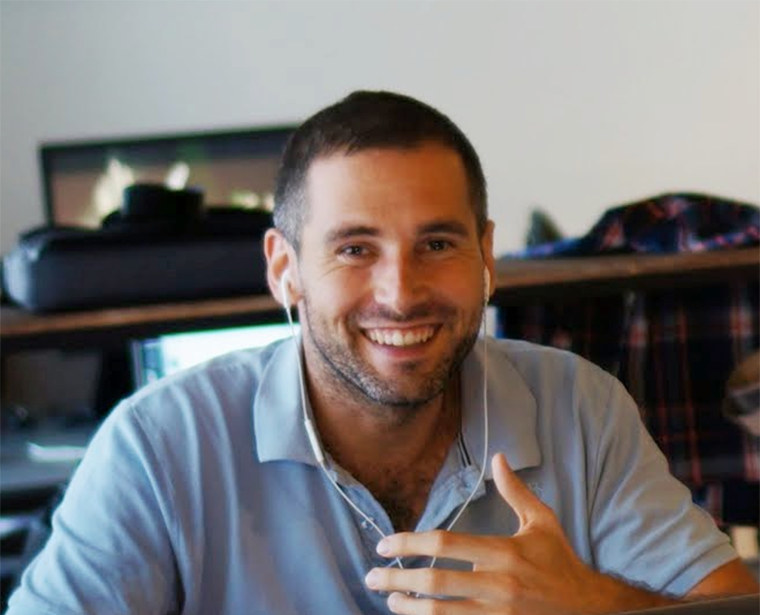 Sitting in Prague’s Wayra Academy, Andrej Glezl looks like the archetypal successful founder – white shirt, sleeves rolled up, jeans, suede shoes. He has a relaxed and friendly demeanour that belies a busy man who takes pride in simplicity and professionalism, traits reflected in his startups.

Before becoming a two-time CEO, his CV was already impressive, passing the Slovak Bar Exam, studying at Cambridge and Harvard, a successful stint in mergers and acquisitions at KPMG and another six years spent in corporate law. As a boy Andrej would help his accountant father with data entry, long hours sitting, entering numbers became a precursor to his future startup obsession. He comes from a long line of accountants, so his intimate knowledge of the profession helped grow his startup ventures.

Today, Andrej is the CEO of Slovak startup Datamolino, a piece of software for accountants and bookkeepers that allows users to extract information from invoices and receipts, eliminating the need for time-consuming data entry. Andrej created the company along with two high school friends, Jan Korecky (COO) and Martin Vician (CFO), and one of Slovakia’s first dot com entrepreneurs, Ivan Debnar (CTO).

Their document management system utilises a clean UI, and a simple scan to email implementation means that normal workflow processes aren’t interrupted. Using Optical Character Recognition (OCR), data is extracted from invoices in minutes and returned to the user. The team are also implementing a premium version whereby Datamolino operators can check the invoices when a potential discrepancy has been detected. 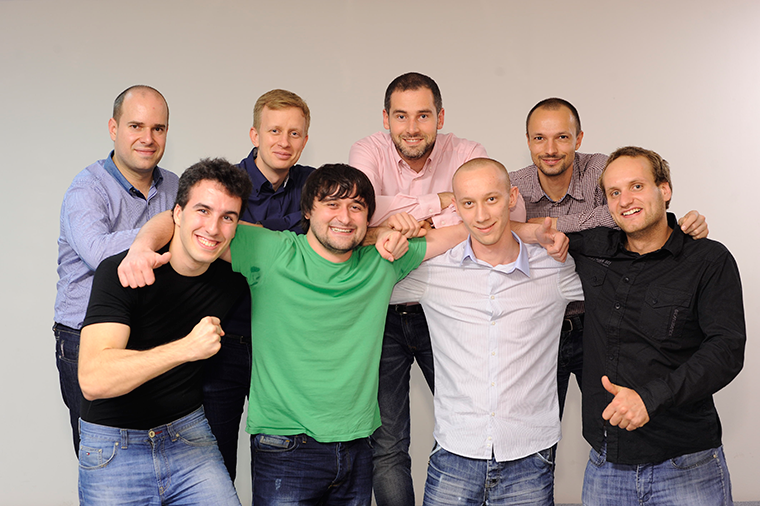 The Datamolino team Photo credit: DatamolinoThe idea for Datamolino wasn’t a natural one; instead it was born out of the success of the team’s first product – by square, a solution that allows users to encode payment information into QR codes on invoices. It is still in operation and continues to provide the team with an income stream. The tool was indeed so effective that they were able to get all banks in Slovakia to adopt it, a feat that Andrej downplays.

“There were only six or seven decision-makers in the market so it took a relatively short time for them to agree and adopt it,” says Andrej. By square customers soon raised the obvious question – what if invoices don’t have a QR code? The four-man team had seen the potential of their idea, but also realised that the market was looking for a fully-fledged product that took care of all forms of input that was required, regardless of a QR code.

With one success behind them, the team knew what was next. “We wrote everything on paper and put numbers behind it – numbers and the volume, basic research,“ says Andrej. This was essentially their pre-business plan. “Don’t just do the research, put it on paper and have someone else read it; don’t fall into the trap of trying to validate your own work; get as objective as you can.”

So far, there have been no major pivots or stumbling blocks for the business – their biggest problem has been a lack of resources, and more specifically, human resources. “Building a team is the most fundamental thing, and getting good-quality people is the best thing a startup can do. [Yet], it is also the thing that hinders startups from expanding quickly,” says Andrej.

Jan (COO) and Andrej work together on a daily basis, and make most of their decisions jointly. With the entire team traveling regularly, face-to-face meetings take on a new importance, and all co-founders meet at least once a month for an update. Tools like basecamp.com, Skype and Hangouts are therefore essential. Weekly meetings are also held with the programmers to discuss progress and implement the pipeline of features and feedback-related tasks.

When it comes to the culture of Datamolino, no word other than ‘professional’ comes to mind. Andrej is adamant that communication has been the key to building a harmonious startup. “Talk, talk, talk,” he says – “talk about everything and make sure everyone is on the same page.”

Applying to Wayra wasn’t just about early investment; it was a strategic move as part of the team’s validation system for developing a worldwide product and network. Andrej speaks about their residency in the accelerator in glowing terms. “I wouldn’t want someone to hold my hand to success – Wayra is an open field where we can run,” he says. The team were recently selected to attend Wayra’s Global Demo Day, which not only provided fertile ground for validation but it also helped them get more intimate with the VCs, and afford some direction when knowing who to accept investment from.

Datamolino is financed from founder’s equity and from Wayra Czech Republic, the former holding 90% while the latter – the remaining 10% of the business. The team currently have ten full-time staff and a burn rateof 10.000 euros per month. The bulk of the investment is needed for developers and the development of a pipeline of functions for the future. Naturally ,the Datamolino marketing machine will also need to be fed, so will the set-up of their premium “human recognition” service. Datamolino hasn’t been shy about spending money to maintain their goals of validation and objectivity, and again this is another deliberate strategy. “We don’t want to underinvest in the first stage, because the remedy as you go further is much more costly.”

Andrej is excited by the synergy they are finding with established companies as potential distribution partners. “Many VCs have asked how we can sell it, and finding great distribution channels saves a lot of money and know how,” he says. “The trade-off, though, is that you have to sacrifice a piece of the pie.”

What the team of Datamolino have also learned along the way is that each market and relationship needs it own research. “Going with the number 5 ranked partner in the market might be cheaper, but will they work as hard as number 1? There are lots of factors really,” says Andrej – “it’s alchemy.” Yet, the startup might not have to look far for one such distribution partner. O2 Telefonica is working on a cloud-based software solution for SMEs, and Datamolino could potentially be included in their value chain of services.

Currently, the startup is in their beta testing stage – they want users to get used to their B2B service, and they understand that it takes time for accounting firms to realise its actual value and incorporate it 100% with their workflow organisation. The private beta has taken a best friend’s firms strategy, and a paid public beta will be on offer in April next year.

Ultimately, the cost to users will be based on the number of documents processed and is dependent on the business’ actual cost savings. “Currently, the market rates are between 50 cents and 1 euro to outsource the processing of one such document – we want to give it for half the price,” says Andrej.

The business has two levels of competition – software solutions companies that tailor make similar software for big enterprises, and other startups such as Receipt Bank and Shoeboxed. Most players are targeting high-end users with a large volume of business, Datamolino is targeting small businesses, smart, considering they comprise almost 90% of total businesses worldwide. Andrej understands that he hasn’t re-invented the wheel, and that their point of difference will ultimately come down to service and brand. “There are 100 billion invoices each year around the world, there is room for everyone”, he smiles.