Unlocking the urge to do good 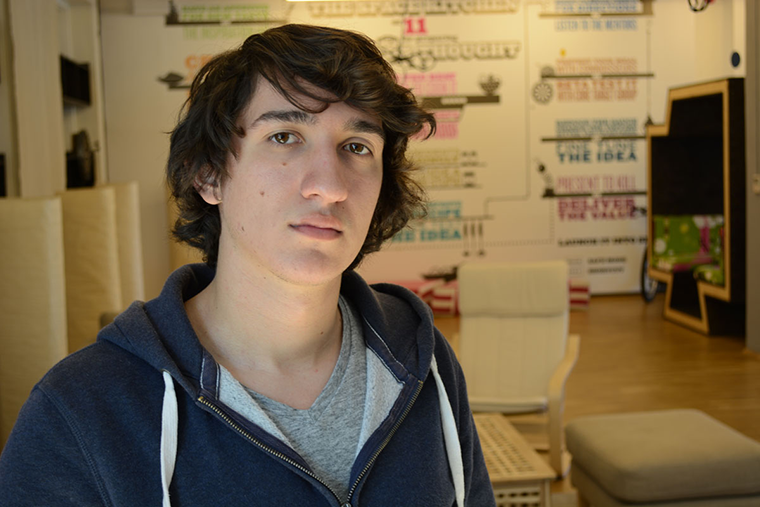 Ivelin greets us at his current home away from home – The Roof in Sofia, where he and his team are now working alongside other startups as part of Eleven’s accelerator programme. Even though he already has quite the experience for his age, he is nervous about the interview and the first question, going back to his family and background, catches him off guard. “It’s boring and silly stuff,” he shyly claims, launching into a story of growing up in a small village in central Bulgaria, where he started his first business well before his teens. “I grew up surrounded by animals and I was very young when I had a mini-venture under the staircase, where I looked after several hens. I had hired some of my friends to help me and I sold the eggs.” By the time he graduated high school and went to study at the New Bulgarian University, Ivelin had two other local ventures under his belt and had been employed by a software company for a couple of years.

It was at university where Ivelin met his current business partners – “super-talented designer” Ivan Garbev and “hacker” Tsvetomir Nikolov, who is in charge of all technical aspects of the product. His student years were also marked with the idea for his first CSR-oriented venture – Walk2Help, which he launched in July 2011. “I used to walk a lot around town and kept on thinking about the benefits of walking. I thought that people should be motivated to walk more and be more socially responsible. The latter also applied to companies, and gave me the idea of Walk2Help – an app that turns footsteps into points, which are later donated towards a cause,” explains Ivelin. “Each cause has a target number of points and when these are collected, a [previously arranged] sponsor donates to a certain charity. People are glad to know they have helped, and companies have a very strong tool for improving their brand image.”

Although it is sometimes difficult to reconcile his age with the maturity of his dedication to making a change, Ivelin’s desire to do good is evident in the passion, with which he speaks about his work. “We discovered that, as a team, we felt fulfillment and enjoyed helping make that connection between people, corporations and those in need. We discovered that blending this with our natural passion for technology was the best thing we could do.”

At the time, Ivelin was riding on enthusiasm and he didn’t quite realise they were launching a startup. “It was only about a year and a half after we started that we discovered there was actually a lot of literature on startups,” he admits. “But I prefer our initial approach anyway, because it let us employ our imagination and knowledge and we learned valuable lessons.” He met a lot of skepticism and to date can’t name one person who has been behind him 100%. In the end, despite the naysayers, the team’s rushed idea, hatched in a matter of weeks, won the national leg of Microsoft’s Imagine cup in 2011 and represented Bulgaria in the global competition in New York. 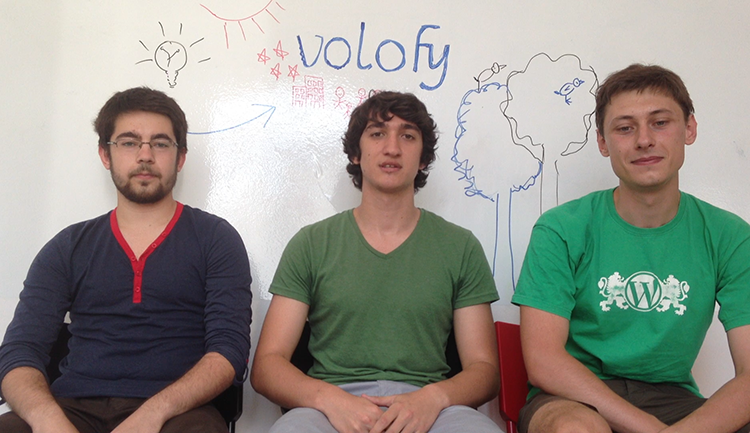 Team Volofy Photo credit: Ivelin MollovAlmost immediately, Bulgarian software company David Holding invested over 70.000 euros in Walk2Help. Ivelin and his team spent a year and a half as employees of the company, developing the idea further. There wasn’t much thought put in making it a profitable venture, as the idea was non-profit in nature. “Our goal wasn’t to make revenue, and we never wanted to take a percentage of the donations,” he says. By the time the core Walk2Help team had to leave the company, as per the purchase agreement, the app had already seen about 10.000 downloads, 130.000 kilometres walked and over 20 charity causes completed. And even though it was popular, David Holding decided not to develop it further. Currently, the initiative is effectively frozen, much to the disappointment of people, who, five months after the completion of the last cause, continue using the app – as seen on the website.

Despite Walk2Help’s fate, the legacy of the idea remained – for Ivelin, it demonstrated that businesses may be ready to look at CSR in a new light and that people are ready to embrace the opportunity to help strangers without disrupting their routines. “We are attempting to revolutionise the CSR culture. We want to make companies much more socially-engaged by giving them a real benefit in the way their brand is perceived, while at the same time having them support a charity with money that would have been spent on PR,” says Ivelin. And most importantly, it led to his second project – Volofy. 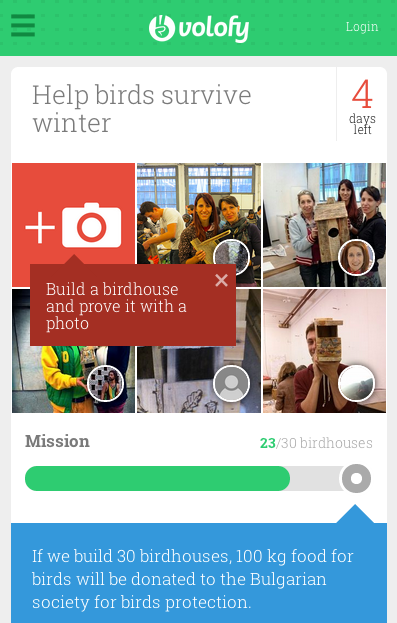 Helping is now as easy as snapping a photo

Following a similar idea, but making it even easier to participate, Volofy turns one of the favourite past-times of smartphone owners into charity points. “It is a social application that allows people to complete simple photo missions, such as snapping a photo of their happy dog and posting it online. When a certain number of these have been completed, say 500, a company donates towards a cause, in this case the dog shelter in Bogrov,” explains Ivelin. “The idea is that photo missions are easy to complete, regardless of whether you own a smartphone or not.” Unlike their previous venture, the team already plans Volofy as a sustainable business. “We plan on introducing a fixed fee for companies, to grant them access to this platform for enhancing their brand image. This will be regardless of the size of the donations.”

Ivelin has kept his core team around him, claiming that after years of working together they don’t have much to fight over and trust each other implicitly. There is one thing they do argue about, though. “They tend to spend time on the details, while I am usually the one, who wants things to happen fast. My biggest vice is my impatience and enthusiasm, and I tend to push the people around me for quick results, while they are often the voice of reason,” says Ivelin.

Now, thanks to Eleven, the team has a new place to work in and to learn about a different approach to starting a business. “We have the unique opportunity to compare two approaches and we have seen that one month in an accelerator programme equals three or four months working on a startup by yourself,” Ivelin explains.  The team has been granted the standard 25.000 euros in exchange of 8% of the company and is planning a redistribution of the equity in the coming month (currently Ivelin owns 36,8% of the equity, with Ivan and Tsvetomir holding 26,7% each). They are still working out the details, but Ivelin will be keeping his controlling stake and position as CEO.

In the meantime, the team is fully immersed in the Eleven experience, down to enjoying the company of the office dog. The latter is a perk that Ivelin, who admits he’s a dog person, as evident from the many Walk2Help campaigns in support of a Sofia dog shelter, cannot disregard. “Even though we have two months left in the programme, I can already feel that I am going to miss the atmosphere when it’s over,” he says, almost nostalgically.

One of the imminent victims of the startup accelerator whirlwind, however, is time. Ivelin admits that he finds what he does very important and it has led to sacrificing some friendships in the process – a price, he says, he is willing to pay.

As we wrap up, Ivelin is excited about the official launch of Volofy, which he managed to organise in half a workday before the interview, running between the event organisers, the sponsors and the beneficiaries.  Feedback has been overwhelming with close to 10.000 Facebook visits in less than a week, over 2.000 website visits, and 29 out of the 30 photos of bird houses needed to secure a donation of 100 kilos of seeds for the local Bird Protection Society already collected.

In parting, Ivelin shares a wish: “Our mission is to turn the smartphone into a tool for unlocking the urge to do good. So if there were one product or service I could grant for free for a year, I’d give all Bulgarians access to smartphones. If they all had that, we’d make it so they can become better people as well.”