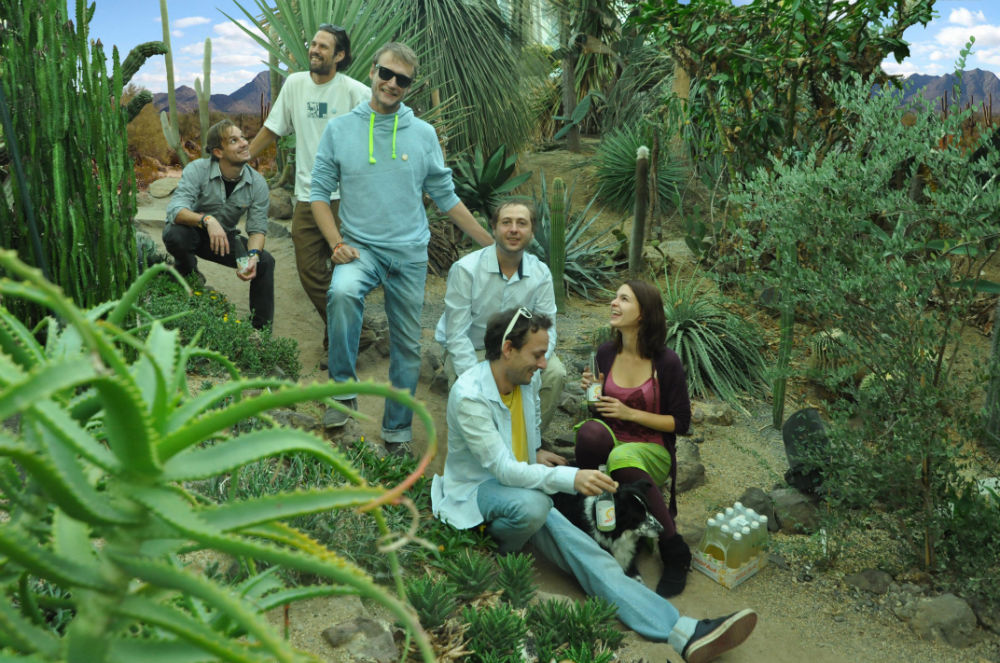 How do you explain your product to potential investors? A question that is not answered easily by many young entrepreneurs. To Jan Karlsson (32), however, it’s not a tough one. “I just open up a bottle and let them taste it,” he says with a smile – sunny and delighted, like the Makava ice tea brand.

Similarly, the way Jan talks about how the mate tea based soft drink became a cult beverage on the Austrian club scene makes it seem as though it wasn’t actually that hard to enter the cluttered soft drink market as complete newcomers.

“Ever since I was a kid I’ve always wanted to have my own company. I’m not sure how I got this idea, because no one in my family had an own business, I just thought it was going to be cool and easy. I imagined it like that: you have a company, you make Coca Cola or whatever and then you sell it”. So, was it really this easy?

As Jan recollects the 12 years that lie between his friend and co-founder Michael Wihan’s hangover in 2000 – the birth of the idea behind Makava, spending years to figure out the right recipe, nearly running out of money in 2010 and finally breaking even this past year, the words perseverance, conviction and optimism spring to mind, Jan personifying all of them.

So, it was a hangover that Michael suffered during one of his business administration classes, that gave rise to the vision of developing an invigorating and sustainable drink to cure this ill – Makava. What was missing, however, was a recipe. This is where Jan stepped in. During a trip to Argentina in 2001, he got introduced to the country’s national drink: mate tea. Hooked on the caffeine containing beverage that has a stimulating effect, Jan convinced Michael that mate was just what they needed to bring the vision of Makava to life. So, just like cola had the coca leaf and Red Bull had taurin, Makava’s magic ingredient was mate.

What followed was hours spent brewing tea and combining it with different ingredients. “At first none of our friends liked it. They thought it was too bitter. So we kept experimenting in our kitchen, trying to make it as tasty as possible, not too sweet nor too bitter.”

A harmonious recipe was created by joining Austrian mountain water with Argentinean mate tea, black tea, white tea, lemon, sugar and elderflower. From the beginning, it was clear that Jan and Michael would go for an ecologically sustainable approach for Makava, using fairly traded, organic and local ingredients where possible, as well as returnable bottles. Moreover, production, which had been started in their basement was later outsourced to a small family-run beverage company in Carinthia in the South of Austria.

The evolution of the Makava bottle from 2004 to 2012. Photo: makava.atWe’re our own target group

In 2004, Michael and Jan, then students of industrial economics started selling Makava from their basement in Graz. A year later, they joined the ZAT business incubation centre in Leoben to develop their business model.

“At the incubation centre they kept asking us to define our target group. We figured it would make sense to target the people we knew most about: ourselves and our friends. So, you could say, we were our own target group.” Consequently, the marketing and distribution strategy of Makava was based on their own preferences. “We started selling Makava to the bars and cafés that we enjoyed going to the most.” As the first of them, the Parkhouse in Graz, a bar popular with students, got their stock of Makava delivered personally by bike.

In 2006 Jan and Michael founded Makava as a company, both finishing their Master’s theses on their business in the same year. The theoretical background they gained through their studies as well as the incubation centre were valuable to Makava, yet Jan believes that “The most important lessons are learned outside of school, when doing actual business.”

With that in hand, Jan and Michael managed to expand their distribution network to deliver bars and restaurants all over Austria, later reaching Berlin and Zürich. Financial support came through funding (72.000 euros), a loan (60.000 euros) and private investors (200.000 euros), including an enthusiastic restaurant owner as well as their own families.

“My family was critical of the project at first. They were sceptical of whether the product would actually sell, but it turned out they really like it and my father even helped out financially,” Jan says. 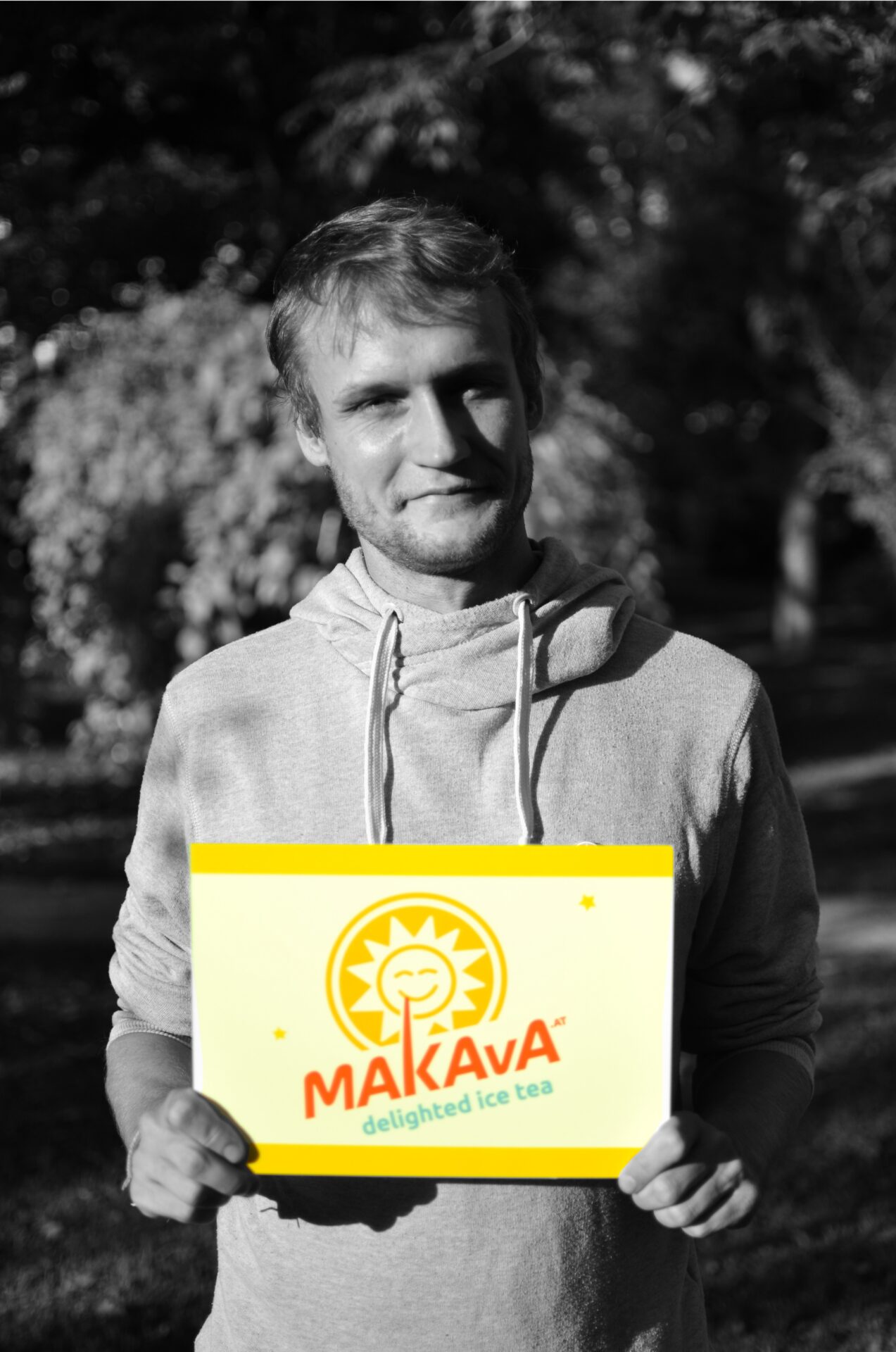 Even when the budgetary situation was looking rough about two years ago, the son of a Swedish father and an Austrian mother kept his faith in Makava, convinced that, “Food and drinks are something people will always need. It’s a sustainable business sector.”

He is also confident that there is a real market for their product. “There has been a trend towards organic and fair trade food for a couple of years now, but the drink sector has largely been neglected by that.” Jan and the rest of the Makava team including five full time employees in Graz, also believe that their product has a social impact by increasing awareness for organic drinks.

Asserting that niche and aiming at an environmentally conscious target group like themselves proved to be a good strategy for Makava, in the end. Between 2007 and 2012, more than 1,7 million bottles of Makava were sold in Austria, Germany and Switzerland. After partnering up with a major distribution partner in 2012, they are now delivering to over 600 restaurants and supermarkets all over Austria.

Ironically, when considering its origins as a hangover cure, Makava is now a popular addition to vodka. With a caffeine content slightly above that of Coca Cola, the “high” it induces lasts longer, moreover, “it stimulates but doesn’t overexcite you. And it turns you on,” as Jan says with yet another sunnily delighted smile. Expecting sales of a million of bottles in the next year, Makava’s future is looking just as bright.