Teamwork across ocean and desert 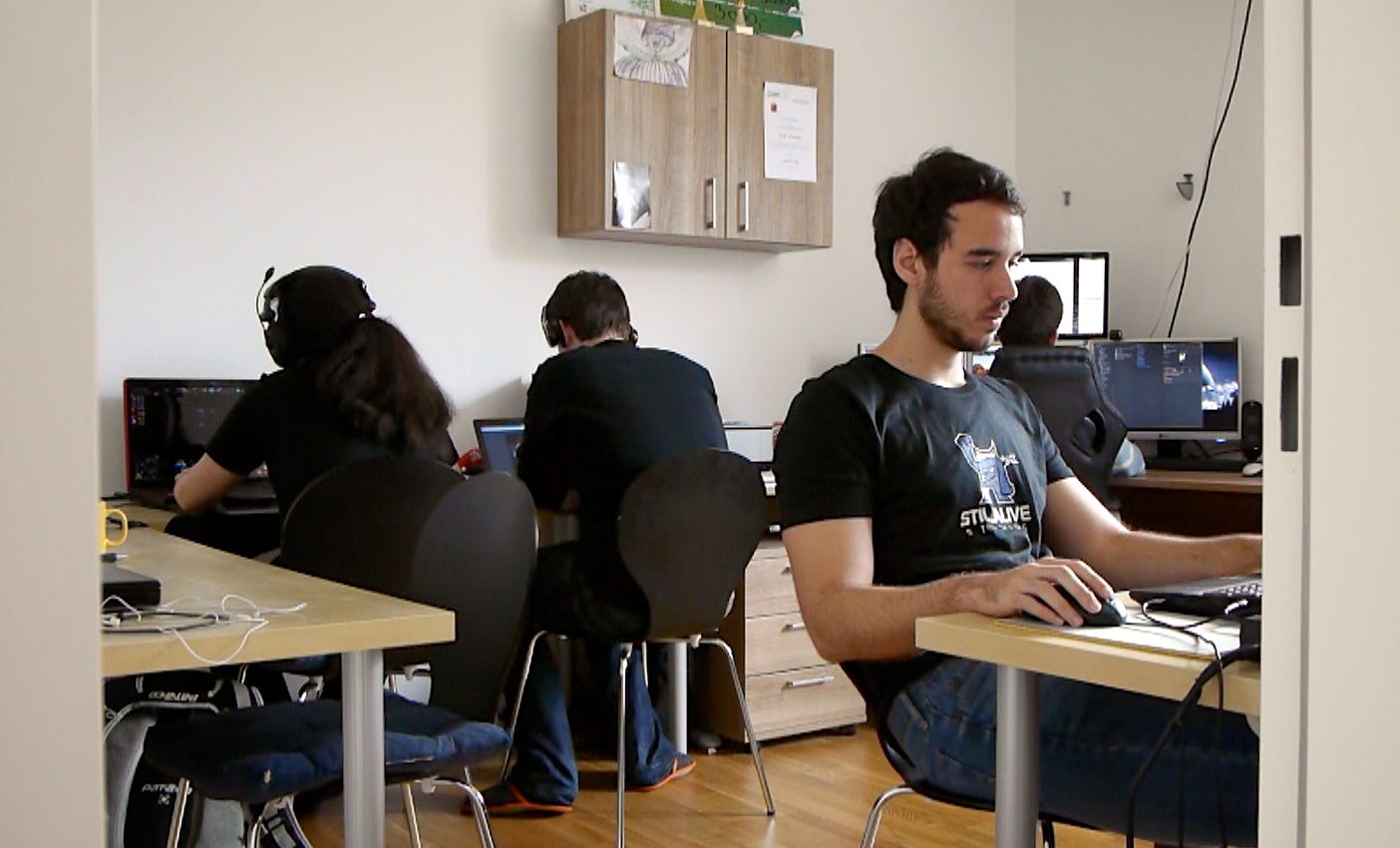 Set against the scenery of a quiet and green residential area in Tyrol, this may not have been my initial association, as I arrive at the headquarters of stillalive studios in Innsbruck a.k.a. founder Julian Mautner’s apartment. But as soon as the lead developer of the indie game company and two of his international team members introduce me to the world of role-play game development and their current project Son of Nor, I start to forget that I’ve actually come to do an interview on how they started out and work together as a team.

Julian, stillalive studios’ 25-year-old Austrian CEO, story and game designer Ricardo Valenzuela from Ecuador, and art director Adrian Melton from Minneapolis, US as well as Swiss Christoph Polus, who is in charge of production and PR and follows our conversation like a web 2.0 Max Headroom through one of the four screens on Julian’s desk, still manage to communicate some interesting facts about their startup. Ricardo and Adrian have come to Austria for a “working holiday” of two weeks. It’s the first time they see each other and their boss face to face. Although they have only met virtually so far, they seem very much in sync. That might just be the result of hundreds of hours spent together on Google Hangout and Skype.

Creating the world from scratch 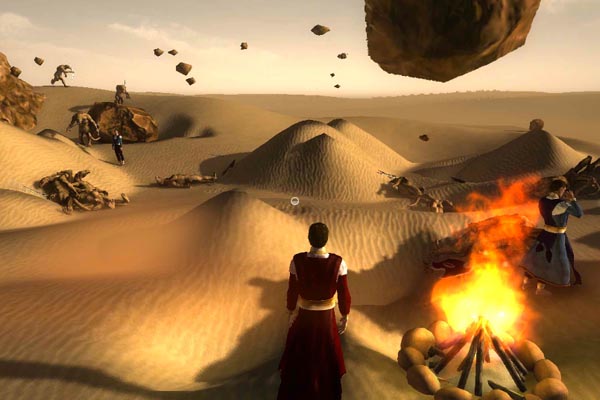 The fantasy deser of Son of Nor. Credit: stillalive studiosSo, in order to develop a game, one must be a passionate gamer, right? I start the conversation and out myself as an ignorant casual gamer, which is how I am to be classified according to the guys (the “casual gamer” not the “ignorant” bit). “Well, of course we like gaming,” Julian says. “But it would be naïve to think that this is all it takes to get into game development. A lot of people are into movies. But does that mean they’ll be able to make a good one themselves?” I take back my initial approach.

“We’re basically creating the world from scratch,” Ricardo continues. The 22-year-old has a degree in audiovisual communication and focused on script writing. As story and game designer, he is in charge of the plot behind Son of Nor, a 3D multiplayer action game set in a fantasy desert, where the sons and daughters of Nor have to stand tests, defeat enemies and solve puzzles – the classical RPG set-up, one could argue. 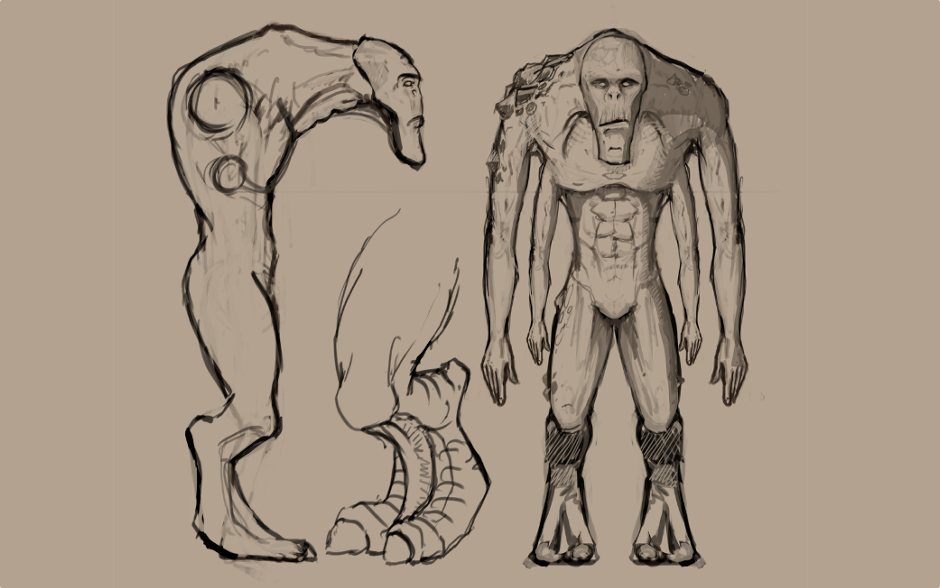 Concept art for Son of Nor. Credit: stillalive studiosBut as it tends to go, the devil is in the details. The characters alone all have their own background stories. After coming up with a concept, they have to be drawn, sculpted, animated and textured. Only then it gets to the “skinning” part, which is less bloody than it sounds: creating the character’s skeleton beneath the surface. Of course, all of these details have to be programmed. And it gets more complex: what seems to make Son of Nor special is that the opportunities for the players are almost limitless. Take this from someone who has been socialised with Nintendo ABXY button-controllers and could hardly operate the WASD keys when trying out the Son of Nor prototype: you can explore all corners of the Nor-universe, use telekinesis and creatively use everything around you to help you solve puzzles and fight enemies. That includes the desert sand beneath you, which can be raised and lowered, which the stillalive team call “terraforming.” My character gets stuck at the first obstacle – Son of Nor might just be a bit too sophisticated for my casual gaming skills. 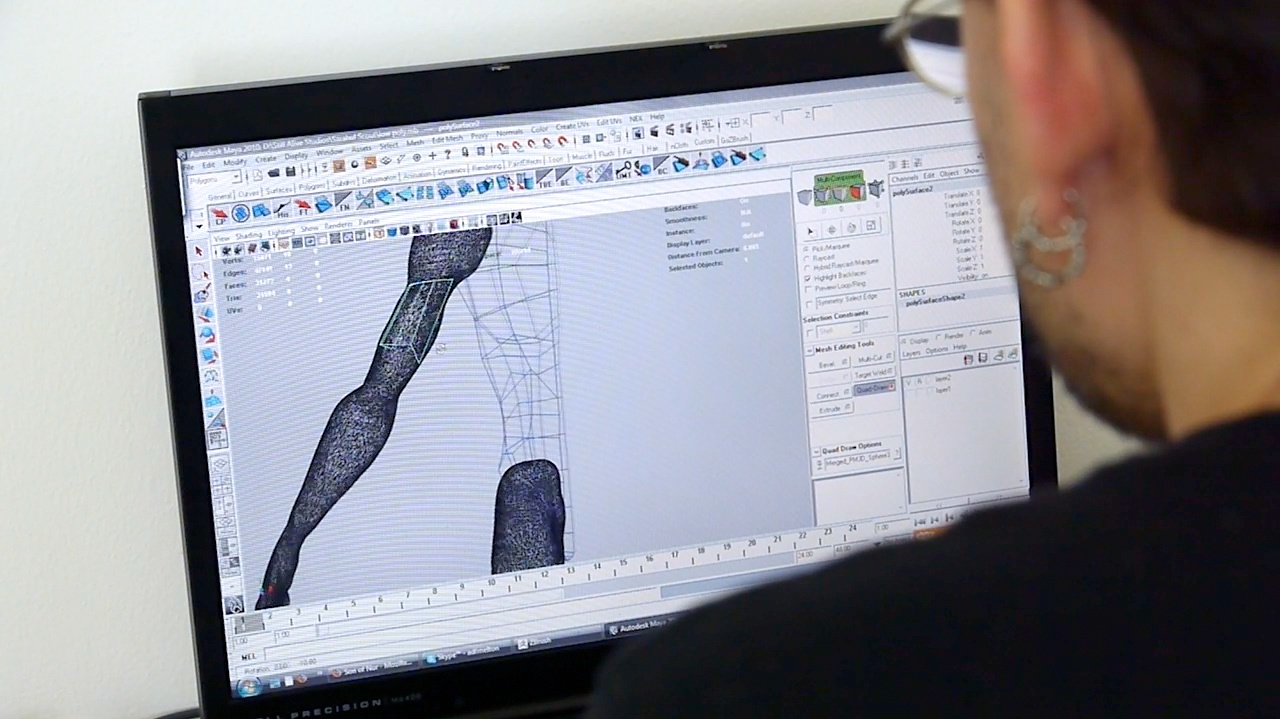 Adrian sculpting one of the characters. Photo: stillalive studiosAs Ricardo takes over to show me what you can do with the game, I slowly but surely I start to understand that creating a computer game in the style of Son of Nor might actually involve more work than many a movie screen production. It is no surprise then, that the project has grown from an original three-person-set-up of Julian and two friends to a team of 16 over the last three years.

Love don’t pay the rent – but hopefully will

Interestingly, most of the team members are not getting paid for their work on Son of Nor – for now. Julian is still employed at the University of Innsbruck for a few hours every week, where the quantum physics graduate does research on artificial intelligence. Ricardo has a day job in customer relations at a software company in Ecuador, which leaves him enough time to work on the game. Adrian, on the other hand, works fulltime on Son of Nor and receives a modest wage to cover his living costs back in the US. The public funding, that the game studio received with the support of the Tyrolean Center for Academic Spin-Offs, CAST, helps to finance this. 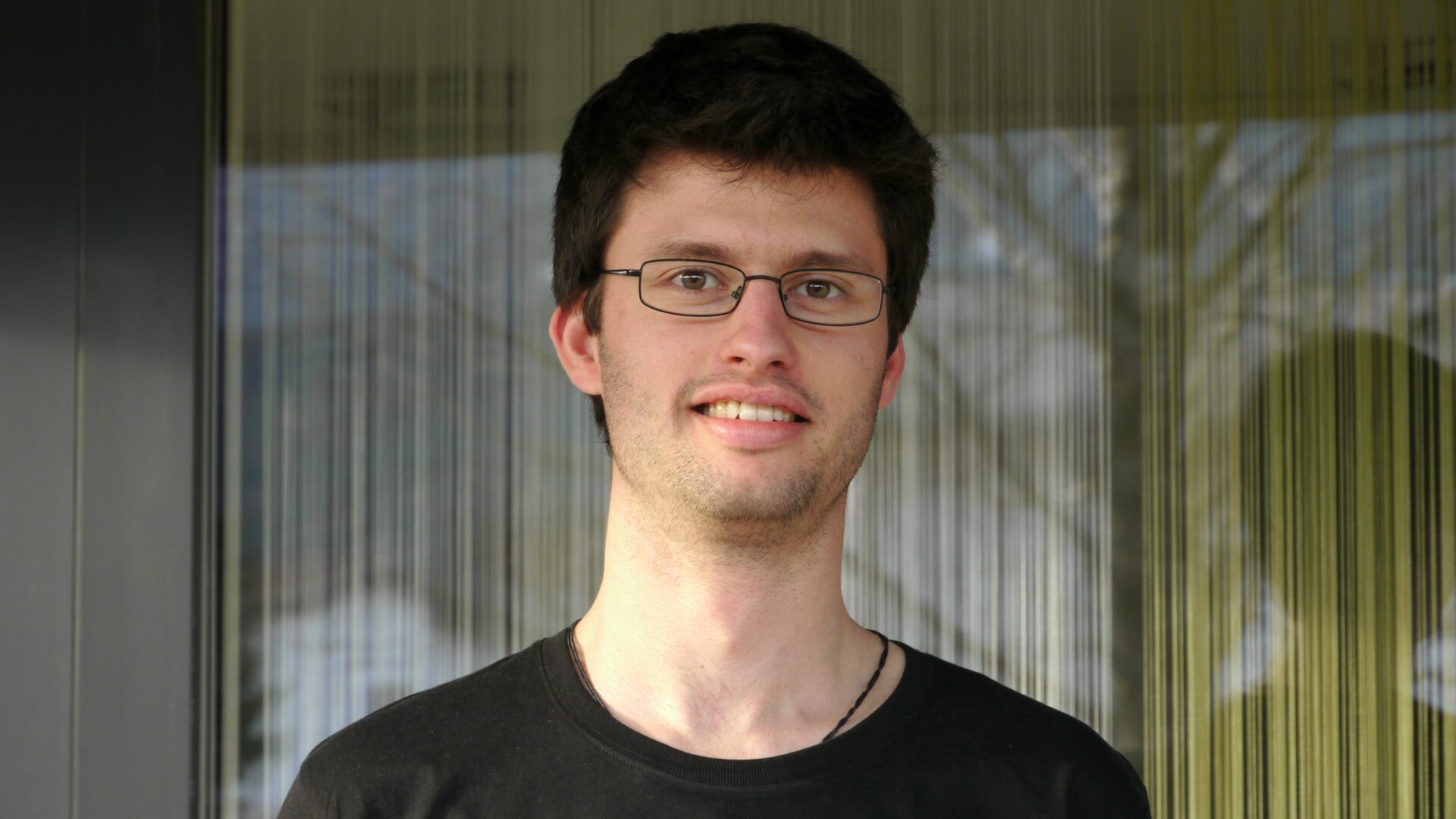 Founder and lead developer Julian Mautner. Photo: stillalive studiosMuch to their own surprise, stillalive studios were awarded as the 3rd best CAST project last year. “I don’t think the jury had much of an idea about gaming,” self-taught developer Julian says with a wink, “but we seem to have convinced them.” An IT-business plan prize, getting voted as 2nd best project at gaming convention Devmania in 2012 as well as numerous features in gaming magazines didn’t hurt either.

But how do you motivate people to work for free? “The tricky thing about building up our team really wasn’t about the financial part. Many people are excited just to be given the opportunity to work on a project like that,” Julian says. Ricardo agrees: “Working for an indie game development studio was basically my dream. There is no game industry to speak of in my home country, so it’s really great chance to be able to do this.” 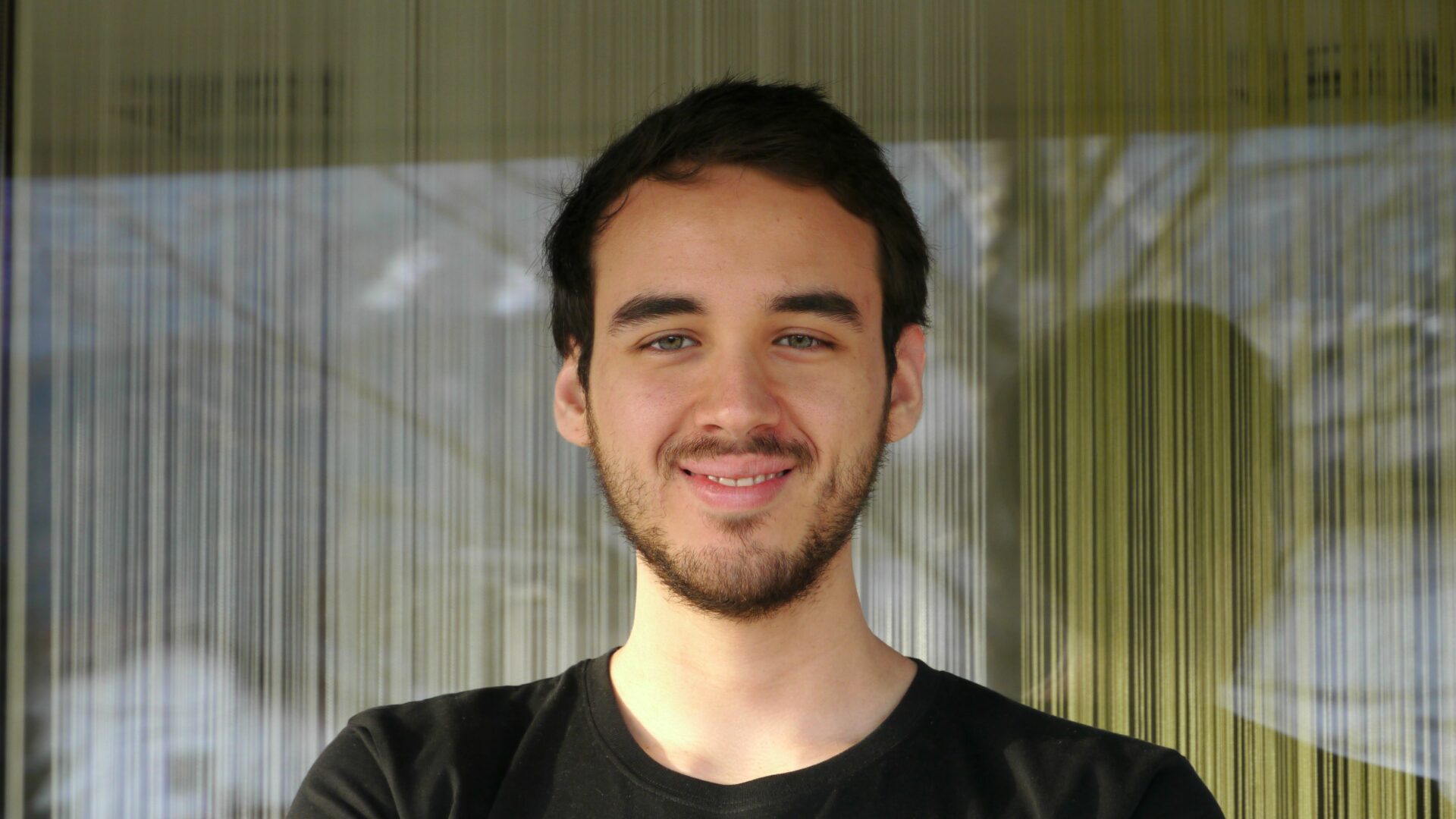 Story and game designer Ricardo Valenzuela. Photo: stillalive studiosWhat seems to be more difficult, however, is to find competent team members. “A lot of people are passionate about games and want to work in the industry, but not many are a good fit for a virtual team. You have to able to work on your own, take responsibility, be self-reflective and very disciplined,” Julian explains. “You should know your role within the team,” Adrian states. Moreover, as Ricardo highlights, “you have to be communicative, and keep others updated about what you’re doing.” The fact that the team members come from altogether five countries with different mother languages and time zones doesn’t necessarily facilitate that task. Yet, Julian, who has read a number of books on virtual team leading, believes that in the long run theirs is a superior model because it allows for flexibility. 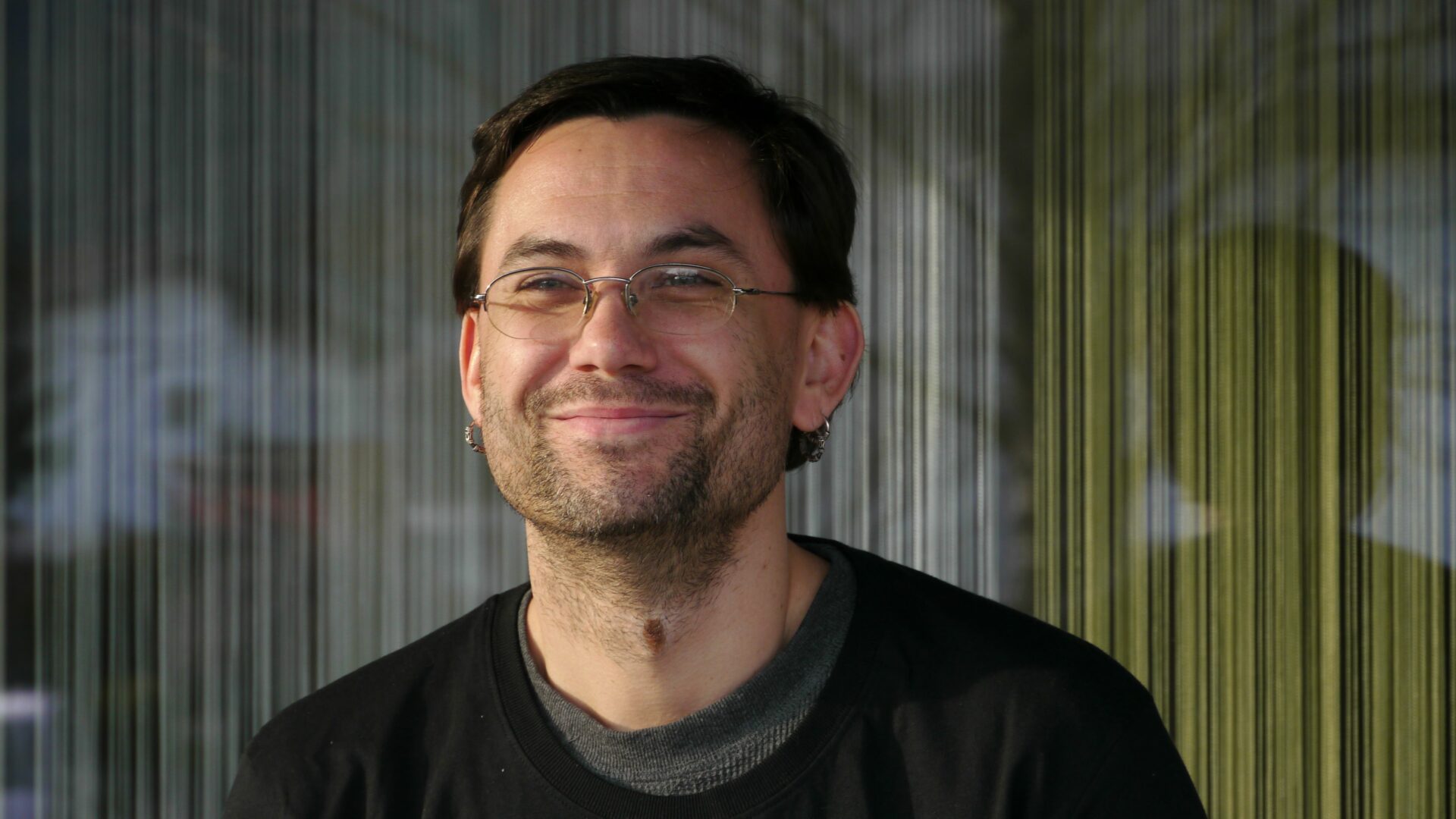 Art Director Adrian Melton. Photo: stillalive studiosAs for the next steps, the company, which is incorporated in both Austria and the US, will try to raise 150.000 dollars through a kickstarter crowdfunding campaign starting from next week. Once additional funding is secured, they hope to release Son of Nor through game distribution platform Steam towards the end of this year. If everything works out and Son of Nor gets approved by the Steam community, they would have access to over 60 million users, while not having to worry about distribution, marketing – and paying the rent.

It does not come as much of a surprise that mastermind Julian also has a plan B in store. As a backup option, stillalive studios are considering doing commissions for the casual game market to finance further development of Son of Nor. “Of course, our dream target audience are still core gamers,” Julian asserts. Well, that would leave the likes of me to our Farmvilles and Nintendo DS’s.

[Disclaimer: the author of this article does not play Farmville or any other online game of that type.]

Find out more on stillalive studios on their website and their blog, where they document the progress of Son of Nor in their dev diary.