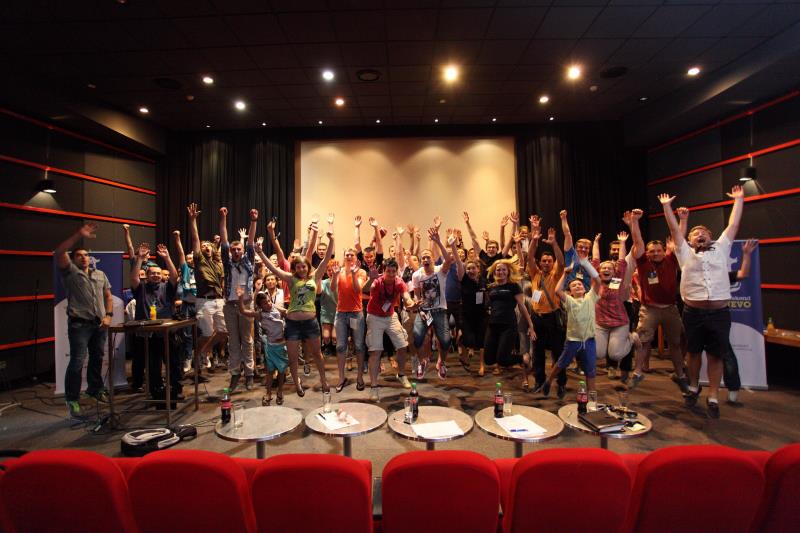 Informal education has gained increasing attention in pedagogy and is gradually coming in the focus of startup communities. Kids’n’Tech, a team that made its debut at Startup Weekend Sarajevo 2013 last month, came up with a tool that teaches kids HTML through games, and ended up with the winning first prize.

Their nine-member team consists of two developers, two designers and five non-technical people, who got together on the first night of Startup Weekend. Before their 54-hour experience, it was only two of them. “Ines Avdić, an English teacher and I, sat down before the event and discussed a few ideas we could work on,” Kids’n’Tech’s co-founder and web developer Damir Zekić told inventures.eu. “We wanted to start a project that would educate kids about technology.”

By November, the startup team is planning to develop their first playable demo version to collect as much feedback as they can. Afterwards, they aim to launch the tool on AppStore. “The first few levels would be for free but we would charge for the rest of the game and for new potential features,” said Zekić.

As the winners of Startup Weekend in Sarajevo, Kids’n’Tech won 20.000 dollars worth of services of the Google App Engine, seven days in San Francisco for a special training, and two years of using the software Pagevamp.

The team already has a plan of how to make the best out of the award. “Ines is going to visit the Blackbox mansion to get the training she needs to run this startup as a successful company and to meet potential advisors and investors,” said Zekić. “We have a chance to pitch the project to the BIZOO accelerator [read more about it here], which we’re going to do so we can get some initial boost in development.”

The 20.000 dollars worth of Google App Engine credit will allow them to host a web application without the need for further investments or infrastructure for a while.

Startup Weekend Sarajevo hosted a total of nine teams, among which “Keep Working” and “QR TAG” specifically caught the attention of the judges. “Keep Working” was reportedly awarded with the best design prize, while “QR TAG” won as the “Best Presentation”.

Thanks to Armin Konjalic for spotting the story for us from BiH.