Think of some of your day-to-day needs: sleep, breakfast, (work), some socialising, a snack, a power nap, perhaps some alone time. Now think a little outside of your daily routine. It’s summer and you want to go scuba diving. You don’t want to go alone, but you have nobody to join you. We’ll stop you right there. Divesquare is there for you.

In the following, we have selected five of the more, let’s say, unusual startups coming out of Bulgaria.

1. Log your undersea adventures
Scuba divers get to discover the mysteries of the deep blue sea. For reasons of safety and proving experience, divers keep track of their undersea adventures in a logbook – as you can imagine, water and paper aren’t a great combination.

Stoian Lilov and Miroslav Apostolov met on a boat when going for a dive. “We both complained about how annoying it is to use paper notebooks. They would either get wet, lost or forgotten,” Lilov said. It was then when Apostolov shared his idea of an online logbook and Divesquare was born.

On the platform, scuba divers can discover new spots, find dive buddies and share their underwater experiences. The team joined Sofia-based accelerator Eleven in April 2013 and were funded with 25K euros to realise their idea. The platform is in private beta with some 100 scuba divers testing its features. “We expect to launch the website in the first days of September,” Lilov told inventures.eu. The mobile app will be available in November.

2. Let me fix this for you
Ever had a bad experience with home repair companies? Well, you’re not alone. When Stoyan Irinkov wanted to raise a wall in his apartment, he hired “professionals”, who ended up piercing the heat pipes below the floor. “My whole place and my neighbour’s apartment got flooded,” he said. His two friends Bozhidar Iliev and Boris Sanchez were facing a different problem: as workers in the construction sector, there were hardly any jobs for them.

So the trio came up with MaistorPlus, an online marketplace, where homeowners can find and hire reliable professionals. This in return, helps builders secure more work and expand their businesses. After a few months of bootstrapping and a beta version of the platform, the team joined the local entrepreneuship club Start It Smart. “We had the chance to learn a lot from their team, who embraced our idea and constantly supported us,” Irinkov said.

MaistorPlus was part of the first Eleven batch and recently got a follow-up investment from the accelerator. They are also in negotiation with two angel investors. So far their revenue comes from registered builders and some 1.300 companies that are advertising on the platform. “We haven’t reached the break-even point quite yet but should be able to do so in less than a year,” Irinkov said. With more than 600 job postings a month, they plan to expand to other countries and offer more services such as babysitting.

3. Bringing fun back to playgrounds
When was the last time you’ve seen a buzzing playground with children chasing each other and having fun? Today’s kids would rather sit inside and stare at a screen. That’s what Playground Energy is aiming to change.

Hristo Alexiev and co-founder Ilian Milinov came up with a spring toy that converts kinetic movement into electric energy. The generator inside LUMI registers the rocking motion and in turn creates lights and makes noises. “It is entertaining and motivates children to play more,” Alexiev said. “We want them to have more fun at the playgrounds, which will result in better health and will teach them about transforming kinetic into electric energy.”

Since the duo founded their startup in 2012, they have been optimising their product and expect to implement LUMI at three playgrounds in Bulgaria by the end of the year. The Eleven graduate is in negotiation with several customers in Bulgaria and the UK. LUMI is available for 400 euros.

4. What should you wear today?
Angela Krasteva and Gergana Krusteva were facing a difficult decision every morning: What should they wear? “Like most women, we have very hectic lives, wardrobes full of clothes and not enough time to decide what to wear,” Krasteva told inventures.eu. “We were chatting and dreaming of a tool that would help us find the perfect outfit for different occasions out of all the clothes we had.”

Out of necessity, they decided to develop La Koketa – a mobile app, launched in 2011, that stores all your clothes in a digital wardrobe. “It works as a personal stylist who pulls the best combination of clothes, shoes, and accessories based on your preferences for style, colour, and season,” Krasteva said.

Funded by Eleven with 25K euros, La Koketa has evolved into a social network where users can share their styles and get feedback from others. “We’ve also added a shopping feature,” Krasteva said. “Users can now shop for the latest collections of selected brands.”

So far, the startup has had some 6.700 downloads. But that’s not enough. The team plans to build partnerships with fashion retailers and launch a web-based application by the end of 2013. 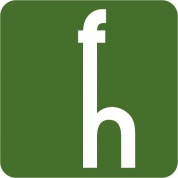 5. Crowdfund a farm
Small farms are facing rough times trying to compete with industrial farms that supply most of the food we buy at supermarkets. Rossi Mitova became aware of the problem back in 2011. Оne day, her friend Mihail was out in the Pirin mountains when he spontaneously decided to buy two sheep from a local farmer. “Mihail contacted me to find a solution to the farm’s financial problems,” Mitova said. Instead of becoming a financial expert, she decided to found Farmhopping together with Mihail and their friend Ruslan.

The global network of sustainable farms aims to be the bridge between city people and farms on the countryside. “We realised that the farms where our food comes from should be closer to their customers and supporters,” Mitova said. On the platform, users (or farmhoppers) can support farmers financially and sponsor various units such as olive trees or animals. In return, they receive rewards in the form of fresh produce such as milk and cheese. Farmhoppers also have the option to visit their sponsored farm and even help with harvesting.

By now, farms from Bulgaria, Egypt, India, Jordan, the UK and the US have joined the platform. Farmhopping claims a 6% commission fee. After having received a 30K-euro investment from Eleven, the team is about to release their beta version.

Bulgarian startups seem to have the ideas going. We wish them good luck, and happy innovating!