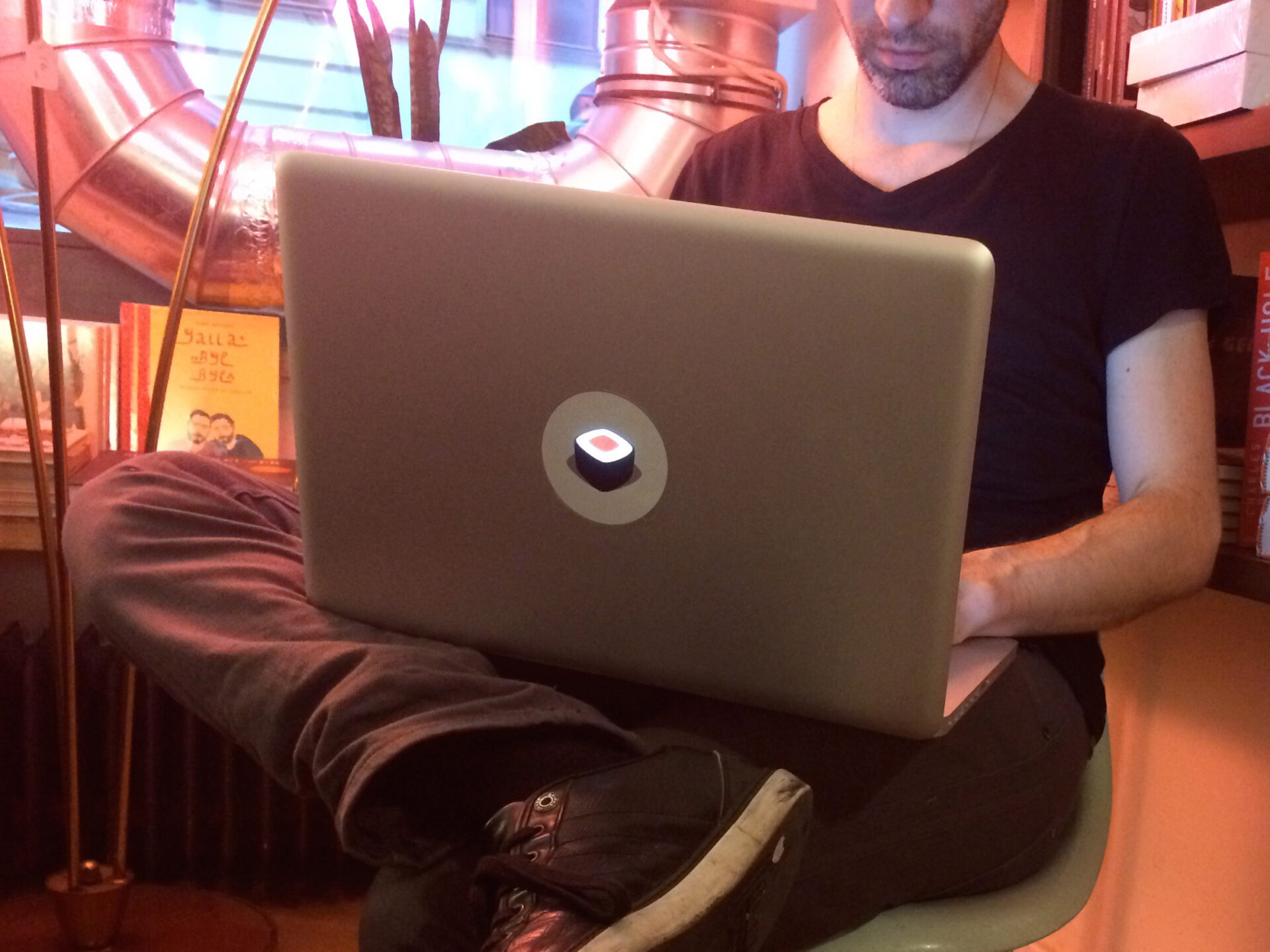 How would you personalise your MacBook? If you’re looking for some ideas, you’ll be glad to hear that Austrian startup tabtag has just successfully closed a Kickstarter campaign raising 7.000 euros with the goal of enabling MacBook users everywhere to give laptops a personal touch by applying their glowing stickers.

Tabtag’s target for the Kickstarter campaign was set at 3.400 euros, for the purpose of financing the production of the first batch. However, the small company surpassed its goal and raised a little more than 7.000 euros. “We were quite confident that we could reach our rather moderate goal, but it was an amazing surprise when more and more backers joined in,” Volker Lobmayr, who works on tabtag design, told inventures.eu. “We feel very grateful and humbled by the trust and great feedback we received from our backers.”

Customers from all around the world

Since tabtag reached its target sum a month before the end of the campaign, the first batch of stickers have already been produced and started shipping last week, ahead of schedule. “Most tabtags will go to the US, UK, Australia, Singapore, Spain, Germany and Austria,” Volker said.

After shipping the rewards to Kickstarter backers, tabtag plans to give designers and creative people a chance to contribute their ideas. “The community will be able to vote and the best / most popular designs will be offered on tabtag.com and the artists earn part of the revenue yielded through the sales of their designs. We want tabtag to become a place for self expression, diversity and individual design,” Volker said. Moreover, tabtag also plans to offercustomer stickers, allowing persons and companies to use their own design or branding to customise their MacBooks.

Marekting and research from Australia

The tabtag team consists of brothers Volker and Bernhard Lobmayr from Tyrol who came up with the idea of the glowing stickers almost 3 years ago. The individualised tags that can be removed and reused several times. The eye-catching stickers utilise the MacBook’s glowing apple on the lid in order to light up the design and add personality to this wide-spread laptop.

Bernhard, who lives in Australia, focuses on marketing and research, while Volker, currently in Austria, works on the design and production side. Tabtags are made in Austria and are produced in an environmentally friendly way.