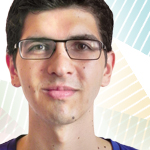 The last couple of weeks have been eventful for the Viennese startup Weavly. First, they got chosen among 300 startups to participate in this year’s Startupbootcamp Berlin from September until the end of November. Last month, their video mashup of all of Felix Baumgartner’s space jumps was embedded in Huffington Post four days after launching their open beta, much to their surprise.

For the release of the video editing app’s latest version, Weavly have partnered up with popular gif-animator Loopcam, becoming the first product to integrate the Loopcam’s brand new API. Weavly enables users to mix YouTube videos, SoundCloud tracks and animated loops in their browsers.

From rivals to partners

The idea behind Weavly arose during co-founder and CEO Oliver Lukesch’s studies of media design in Linz, as he tells inventures.eu. After having developed a first prototype of the app, the 24 year old Austrian saw potential to turn Weavly into a business. For the purpose of founding a startup, he left Linz for Vienna and settled down in the capital’s techie central, Sektor5, with co-founders Christian Eder (23) and Jürgen Riedl (25). Interestingly, Riedl and Eder had originally been competitors of Lukesch: “We initially met because I was behind the rival magazine (subtext.at) to the one they were working for (mokant.at).” Moreover, they were sceptical about Weavly at first. After some efforts at persuasion they followed suit and joined Lukesch: “Apparently, they were impressed with my commitment, which convinced them to engage in Weavly on a full time basis”, he explains.

Their company StartWeaving Limited was, however, not founded in Vienna, but in Britain via German agency GO AHEAD in November last year. Was that because of the lower startup costs and required share capital? “The lower costs did play into our hands. But the decisive factor was that other friends in startups advised us to found a limited company from the very beginning because international angels and investors, in particular those from the English speaking countries, are put off by the complexity of Austrian GmbH. They would rather invest into projects whose legal basis they are familiar with.”, Lukesch states.

This internationalisation strategy also seems to have been applied to their human resources. Alongside CEO Lukesch, CTO Riedl and CFO Eder, who are all native Austrians, the Weavly team counts four additional members from four different countries and is currently based in Berlin.

It was through the German capital’s vibrant startup scene that Weavly got in touch with Loopcam: “Loopcam is a big name in Berlin, but through mutual friends as well as a mutual enthusiasm for our products it was relatively easy to get in touch with them. Besides, it was with the intention of being able to cooperate with projects like Weavly that Loopcam released their API in the first place”, Lukesch states.

With their open beta, Weavly are following a rolling release approach. According to Lukesch, “There will be bigger individual releases, in particular when we introduce new features, like the integration of Loopcam. Most improvements will, however, be made continuously and in close cooperation with our users.”

Must be talking to an angel

As for the financial side, Weavly have received funding from the aws impulse (45.000 euros) and the departure pioneer programmes (25.000 euros). They have also invested several thousands of euros of private capital, “mostly to bridge the gap in between receiving funding and with the optimistic belief that we’ll see the money again one day”, as Lukesch explains.

They are hoping to meet more potential investors next week at the end of Startup Bootcamp, which is marked by “demo day” on 27 November, where the ten finalist startups will present their results in front of 300 business angels and investors. According to Lukesch, Weavly are already talking to international high profile angels.

As for their next plans, Weavly are planning to get out of beta soon. To further develop the product, a part of the team including Lukesch and Riedl will stay in Berlin after the Bootcamp. For now, they are looking to customise Weavly to fit their users’ needs and are collecting more experience in the process. The Weavly team members’ heads are already full of new ideas, as Lukesch assures us.