No green thumb? No problem 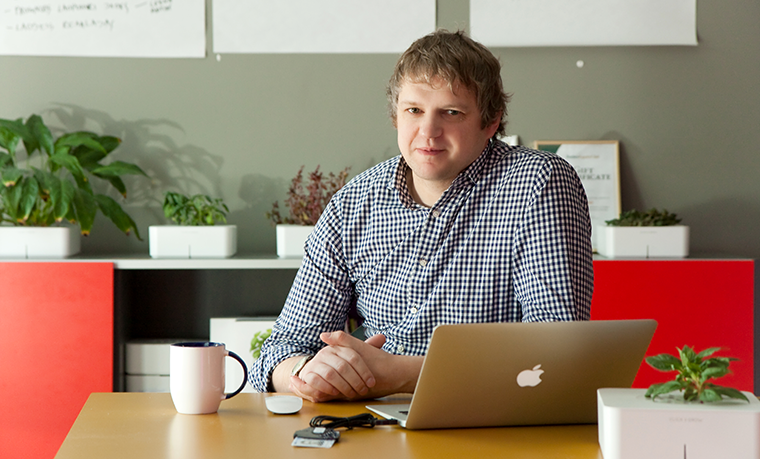 Mattias Lepp is, by his own admission, a perfectionist. Thanks to this trait, the Estonian Mattias didn’t stick with orchestra conducting, the field in which he was educated. “I wouldn’t be the best in the world, so I decided to choose another sector.”

He worked in IT software marketing and development for several successful Estonian companies, developing apps and systems including Zimplit. On the side, he was an owner and business partner in the hotel industry, with a hotel in Sagadi, one of Estonia’s biggest manor houses.

Seeds of change were planted in 2005, after he read a report on NASA’s Mars Mission describing aeroponics, technology for growing plants in space. Although seeds wouldn’t sprout for years, the idea stayed firmly planted. In 2009, a research paper containing statistics on global houseplant waste due to uninformed maintenance or neglect – a staggering 20 billion euros worth – caught his eye. He realised, “there are millions of people who can’t grow plants,” and began researching aeroponics. The method’s principles use air and mist for growing, no soil necessary. It was a start, if not the final solution. As a hobby, he tinkered with prototypes based on NASA open images and charts. Then, during Estonia’s cold winter, tomatoes began growing in his home.

In December 2009, he entered Brain Hunt, Estonia’s biggest entrepreneurial business plan competition and TV show. Mattias recalls thousands of ideas submitted to the incubator programme; most were “really bad. I usually don’t criticise if I don’t have something better to propose.” Having something, he went for it, pitching his idea of a flowerpot that could grow a plant without watering and fertilising. The jury chose him.

Six months later, he won the competition and a prize of 250.000 Estonian crowns. Years down the road, he read the jury’s comments: They had thought his idea “stupid” and “too futuristic”, selecting it to make the show “funnier”. 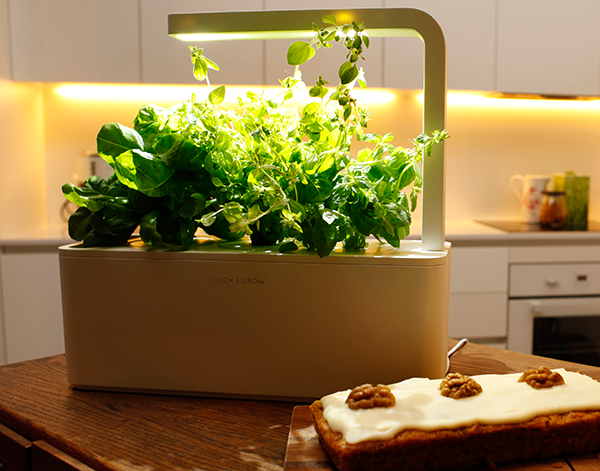 Lepp: ‘in the future fresh food will grow in your kitchen.’ Photo credit: Laura KallasveeOriginally seeking to use NASA-inspired aeroponics, it simply cost too much. They began adapting and developing, experimenting with around 200 prototypes. The emerging science of biomimicry, emulating models and processes from nature, was the next inspiration. “It’s still a difficult field for me,” adding that universities around the world aid in research and development.

The biggest challenges were developing artificial soil and perfecting the software. A “bug” caused plants to mysteriously die at three months old, requiring reprogramming. “To test a plant is not like testing software,” he explains. Plants need to grow for many months to understand things like moisture and pH levels, and combining growth parameters. Without enough testing time, this early bug developed. “It’s a learning process. We’re learning every day.” Receiving positive client feedback, the team saw the Smartpot’s significance – people actually came to the office, wanting to reprogramme their plants.

Smartpots are self-growing flowerpots, easily operated by even the least green-thumbed. Each starter kit contains a seed cartridge and operational unit within the pot, fitted with software, sensors and growth materials. Special soil, already sown with nutrients, means that new botanists need only add water and batteries for it to flourish. Refills contain software and supplies tailored to the plant.

How does futuristic technology affect quality? Mattias assures the plants contain a higher amount of essentials like vitamins and antioxidants, and confidently asserts that Smartpot-grown plants are healthier than their traditionally-grown contemporaries.

To kick things off, Mattias invested his own money into the venture. A month after founding, a group of angel investors put in 250.000 euros, and at the beginning of 2012, an investment company contributed 1.3 million euros. The startup then turned to Kickstarter for its next product: The Smart Herb Garden allows home growers to sprout fresh basil, thyme, lemon balm, tomatoes, and chili peppers, with strawberries coming soon. 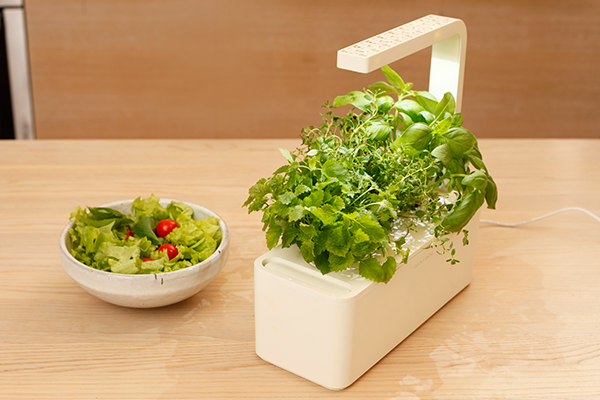 Smartpots are self-growing flowerpots, easily operated by even the least green-thumbed Photo credit: Laura KallasveeThe business model is similar to that of Gillette or Nespresso. Smartpots are battery powered, and Smart Herb Gardens plug in. Mattias says that the business model stemmed from the need for a foolproof system: built-in sensors optimised for the specific plant, plus all growing material, programmed and ready-to-go. With customers now buying refills, it’s reached fruition.

Planting for the future

Click & Grow outsources technology development, logistics and manufacturing. Core competence is kept in Tartu. Tallinn has a small office, plus a U.S. outpost in San Francisco for marketing and sales. Twelve full-time staff are employed; by the end of 2014, they’re expecting to number 23. “To be honest, we try to stay as small as possible,” Mattias says. “It still is like a family business.” His wife continually supported him through the entrepreneurial process. They have three children: “Two growing at home plus Click & Grow,” he jokes.

Regarding future growth, Mattias says, “we’re moving step by step toward food manufacturing and growing plants for the pharmaceutical industry, for enzyme synthesis. Almost 25 percent of all medicines are made of plants. It’s a huge market, and we have good technology for growing plants quickly. We’re able to speed up the growth, or grow only some parts of the plants, such as only the fruits, flowers or leaves.” In two years, they expect to be the biggest urban farming company in the world, and first to bring this technology to private homes.

Mattias believes that “in the future fresh food will grow in your kitchen.” The Smart Farm is expected to be released later this year, using technology inexpensive enough that people can grow their own vegetables and herbs at home.

Ultimately, Mattias’ endeavor has been fruitful, but he doesn’t advise similar methods: “I think this is one of the worst things, to start a company alone. I don’t recommend it to anybody.” He recalls working around 20 hours a day, every day in the early stages. Admitting that his own gardening knowledge fell short for the task at hand, he laughs that the first team member he hired was a “chief gardening officer”.

Putting it bluntly, “I started from scratch.” He didn’t have experience with gardening or the nanotechnology needed. But his outsider status helped. “If you’re coming from a totally different sector, you see things differently. I believe this was one of my advantages. I saw the problems as a conductor, not as a gardener or technology developer. That allowed me to develop the unique technology.”

This year, Click & Grow expects about 11 million euros in revenue. Last year, revenue was around 2 million euros. They’ve sold about 120.000 units, and an unnumbered amount of refills. On his success, Mattias reveals, “I’m the same perfectionist. But now, maybe I’m more realistic. Some things can’t be so perfect,” he laughs. “There’s always a fight in me to find this right balance.”