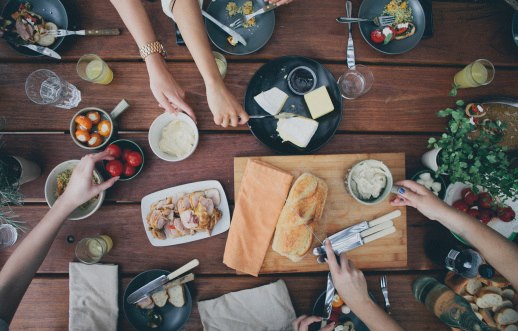 My father often joked: “If you can’t be an athlete, be an athletic supporter.” This horrible pun may be the reason I became neither a professional athlete nor a humourist—such is the influence fathers have on their children, despite their best intentions. 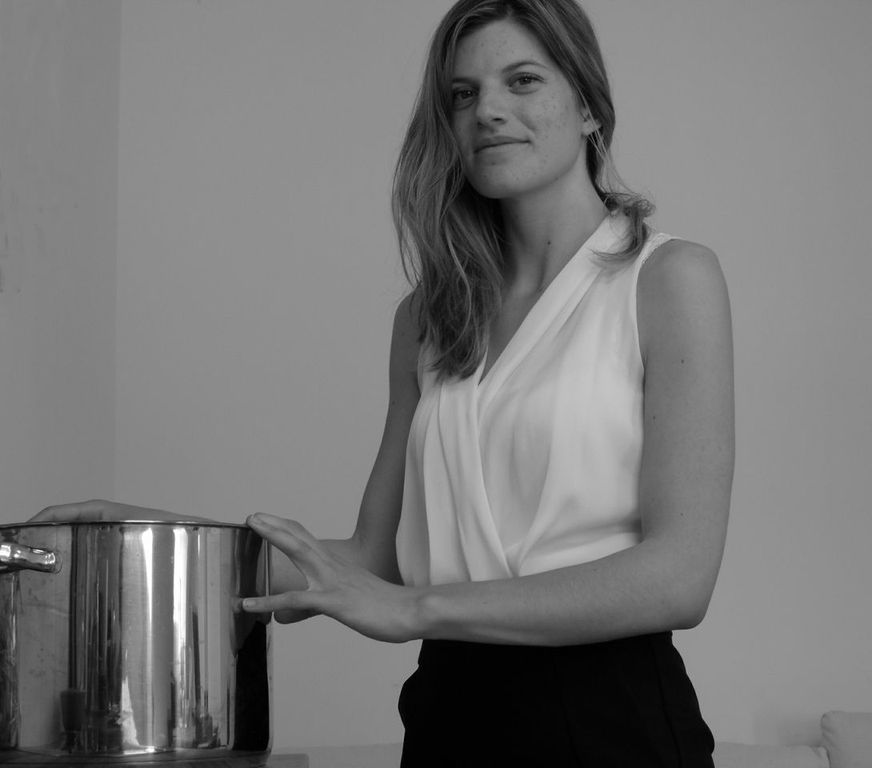 But Sbai is the first to admit that she is a poor role model for risk-taking entrepreneurship. Her own father’s unsuccessful attempt at entrepreneurship, after giving up his steady salaried career, instilled the “don’t quit your day job” mantra in Sbai’s consciousness early on.

“While I’d really like to have my own business, I don’t want the pressure and responsibility. I need to have the security and keep a certain distance from the project. It’s one thing to be completely involved in it and to risk everything for it, but this is not for me. It’s not the workload, but the overwhelming responsibility.”

Sbai studied marketing at business school in her native France and later in Berlin, then she did “lots and lots of internships” which eventually led to a marketing job at a cosmetics company in Zurich. “I always wanted to do something useful for society. I didn’t get this fulfilment through my day job in marketing. It was a question mark in my head about what I should do.”

She read an article about the pioneering micro-grant dinner initiatives Detroit Soup and Sunday Soup Chicago and got inspired to start her own. “It combined everything I believe in: it has the social concept of the community coming together, having people network with each other, people from the neighbourhood who don’t have enough money to put food on the table but here have the opportunity to find out about new ideas. The idea was always at the back of my mind, but I was intimidated by the needs for a network, location – I had only obstacles and handicaps in mind.”

The daily grind prevented her from bringing the idea to fore, until she moved with her boyfriend to Vienna, taking a job as international product manager for a baby products company. Then, she found out about HUB Vienna, a co-working space and international network of social entrepreneurs. “After I found out about the HUB, suddenly the Detroit Soup idea reemerged and I knew that it would be possible here. I started talking to other HUBbers about the dinner-grant idea. [HUB Vienna co-founder] Matthias Reisinger helped me to get the ball rolling by offering me a member-slot evening to host my first event. I immediately built a facebook page and dove into the project.” 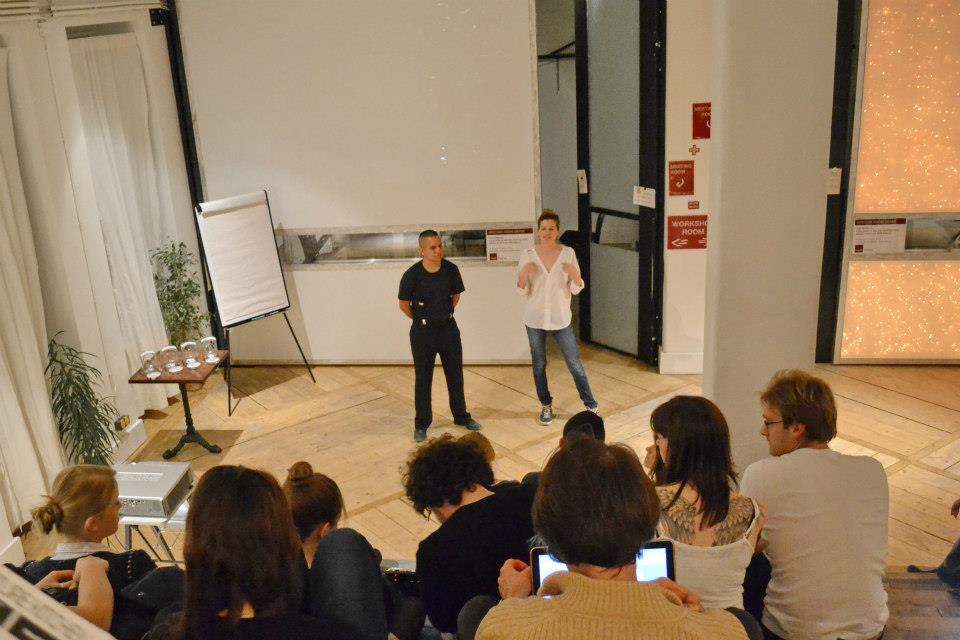 Venture Kitchen at the HUB Vienna. Credit: HUB ViennaAfter sitting on the idea for years, Sbai suddenly was faced with a two-week deadline to produce the first Venture Kitchen event. “As an intern, I had some experience doing event organisation, but this was so spontaneous and I had the deadline, which was an incredible motivator.” Her first logistical issue was whetheror not to cook soup. “I called my mom for the recipe then I bought a large, used soup pot on Willhaben. I wanted to do that myself.” Indeed, she financed the premiere event out of her own pocket.

On 6 March, the first Venture Kitchen event was held at the HUB. Sbai had rounded up four contestants for the premiere from contacts she made at the HUB: Quizily!, an online tool for trainers to measure the impact of their training programmes; Zero Waste Jam, a social enterprise that creates gourmet jam from otherwise unused donated fruit and berries (see our profile of its founders, the Good Tribe); Projekt GARDEROBE, organisers of clothing swaps and upcycling events; and Rat Mal Anders, a youth-initiative promoting participative democracy in Austrian high schools. Sbai sought a diverse group of ventures ranging from mere seeds of ideas to already up-and-running projects. She believes “more in people sharing their ideas, the less they are actually implemented, the better. It’s this stage where the most creativity comes.”

The participants donated five euros each for the opportunity to be fed a light supper and to listen to the contestants’ pitches. After the pitching session and a round of Q&A, the audience votes for their favourite and the pooled donations are then awarded to the winner. So far, we’re talking micro-grants – nowhere near enough to get the budding entrepreneurs to launch stage—but it’s not just the money that the contestants seek. It’s also the feedback they get and the chance to practice pitching their idea in public when the stakes of either acceptance or rejection are rather low.

The second event, held on 26 April, was at a French restaurant that donated the space but charged the audience for the food and drinks. Sbai says, “It was great for me because I had no costs, but the community concept suffered. People gave me the feedback that it was nicer to have the food included, or that we do a pot-luck dinner – more of a personal touch.” So for the next event, to be held on 5 June at Wohnwagon atelier (see our Startup Pick feature of the Viennese venture), Sbai will ask for donations of eight euros, three to cover the food costs and five for the grant prize. 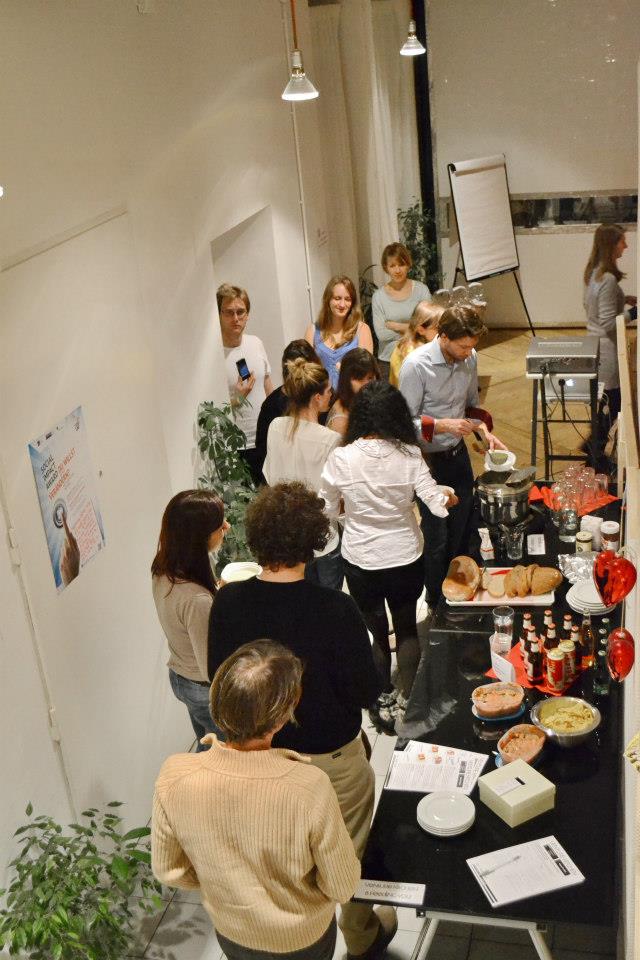 Food for thought – and actual food at Venture Kitchen. Credit: HUB ViennaSbai’s current goal is to keep a monthly event schedule and to diversify the concept. “We can reach out to students, expats, people from different economic and geographic backgrounds. While it might be possible to host the events at the HUB each time, by holding each event at a different location, we will slowly build this diversity. The more diversity, the better the feedback for the presenters and more potential contestants become interested in participation. It would be great to get to the level of Detroit Soup, 300 participants per event, and get more media coverage. I would like to integrate artistic projects, as well, musicians and visual artists.”

The organiser has been in contact with other dinner-grant groups in Europe. In Milan, there’s Tavola Periodica, and in Santander, Spain, there’s Sunday Soup Santander. “There’s a big need to strengthen this network,” Sbai believes. “There’s one website that has started, but it’s more or less just a list of programs around the world, but I’d really like to develop a long-term sharing and permanent network of European programs.”

Perhaps still haunted by her father’s entrepreneurial failure, Sbai is not ready to give up her day job to grow the Venture Kitchen concept. Instead, she’s looking for more interested and able people to join her association. “Now I need support not just from volunteers who will bring food to eat, but people who will help me to apply for grants and subsidies. We’ve applied for the Social Impact Award. But I work full-time and don’t have time to do all the application paperwork, so I need to assemble a good team to help out.”

If you’re interested in participating and pitching for the micro-grant, send your ideas to venture.kitchen@gmail.com