A picture is worth a thousand words – and $100M 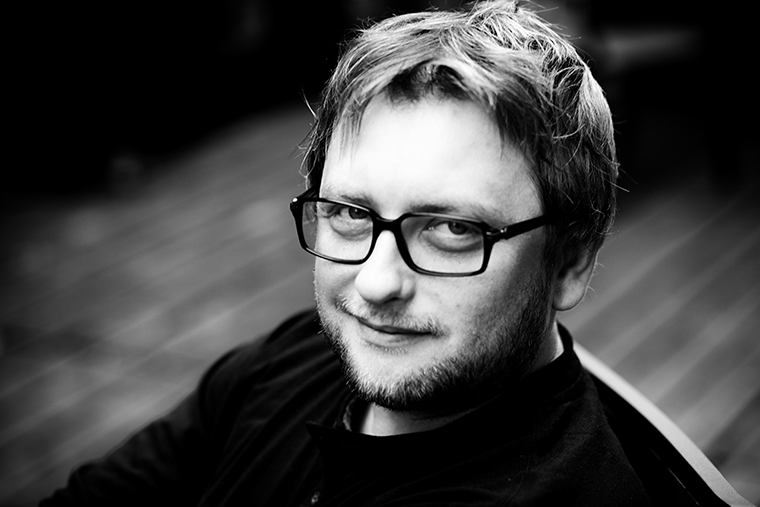 Jet-setting between New York and Kiev with plans to dominate the 2-billion-dollar photo stock market within the next three years, and a successful previous startup, Depositfiles, that grew to become one of the top 100 most frequently visited sites, Dmitry Sergeev has come a long way from the provincial town of Yaroslavl where he was born and raised. At first glance, his career in tech seems out of the ordinary in his family of artists; both his parents spent their lives on stage, his father directed theatre, and his sister is an opera singer. He recalls a childhood filled with fairy tales, magic stories and lots of time backstage where his parents and himself performed music and theatre.

“If asked back then, my parents would never have dreamed that I would start and be in charge of a tech business,” he says. But the artistic spirit, sense of enchantment, and drive to create continue to permeate his life today and has certainly contributed to his success. “Business is art,” says Dmitry. “Everything that is done truly beautifully and skillfully is art.”

Dmitry’s introduction to the internet at the age of 22 was a pivotal moment that he describes as an entrance to “a whole new world where I’ve lived ever since.” In 1999, a friend of his began building sites to generate and resell traffic. Dmitry joined in on the work of “basically doing anything and everything lawful to earn money online”, ranging from trading traffic for news feeds and adult sites, to selling adds for large corporations like Coca Cola and BMW. Like many successful founders, he experimented with several ventures.

Prior to Depositfiles, he attempted with minimal success in duplicating proven western business models, including a local social network, a microblog, and an online review site. In 2003, he moved to Ukraine to build a recording studio, which he no longer pursues professionally now. “My failures have helped me understand what a high traffic load project is and how to build teams to accomplish certain goals,” says Dmitry. During this time, he was introduced to his co-founder Ihor Kalyuzhny, a designer who had been selling images to Shutterstock. Dmitry partnered his technical and entrepreneurial experience with Kalyuzhny’s understanding of the photo stock business to create Depositphotos in 2009.

The rise of Depositphotos

The company earned 6 million dollars in revenue last year and plans to increase revenue to 15 million dollars in 2013. The inventory currently contains more that 16 million files with at least half a million new photos and video clips added to the library each month. Depositphotos currently has 130 employees, mostly in Kiev, but intends to move operations to New York, where Russian-born CEO Elena Flanagan-Eister is already based. “From the very beginning, our team was building a platform targeting the global market,” says Dimitry.

Make anyone a photographer

But Depositphotos is far from being a stand-alone project. Its newest app Clashot was recently awarded Best Mobile Application by at MicrostockExpo.

Clashot is a crowdsourcing app that enables anybody, not just professional photographers, to produce, edit and sell content. While currently only professional photographers and designers are selling content on most stock photography platforms, Dimitry predicts that leading global mass media will soon be flooded with photos taken with smartphones and tablets by non-professionals. “Now we are concentrating on disrupting not just the classical micro stock business model. Our goal is to completely change the online image marketplace itself,” he says. He values what he calls “citizen photography”. Often times, he says, people witness important events, and so with the increased quality of smartphone optics and the increased comfort with sharing images on social networks, he sees an opportunity to disrupt the micro stock business sourcing model. People are already sharing their photography publicly on Facebook and Instagram; Dmitry wants to make the option of selling and purchasing these images easier: “Our platform will allow the whole world to vote with its wallet for high-quality digital images.”

Move to Kiev. Then build a global company

It was in Kiev that Dmitry fell in love with his wife, whom he describes as a “brilliant photographer.” As an amateur photographer himself, he would often use his wife’s studio. Since both enjoy photography, Clashot has turned into an enriching project to work on together. “With Clashot I have an opportunity to literally turn my hobby into a business,” he says. 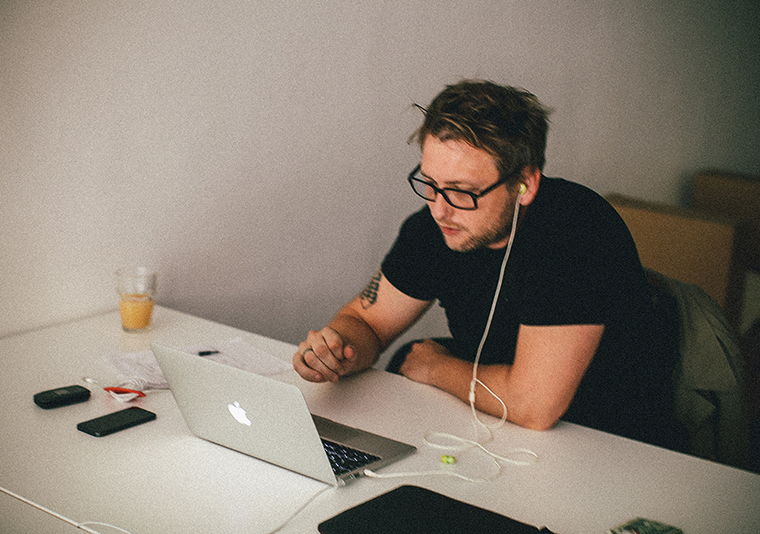 Photo credit: Dmitry SergeevDmitry highlights that Ukraine has a pool of highly qualified graduates with a strong technical background. “I believe in Ukraine with all my heart. It’s a beautiful, smart and kind place,” he says. This isn’t, however, without problems. He recalls having issues with the “post-soviet” mentality of some employees when first starting out. “For a while I had to meddle into everything the developers, designers, marketing managers and copywriters were doing.”

To address the challenge of penetrating new markets globally while remaining tied to the local culture, Dmitry has also hired specialists from all over Europe, and regularly sends employees to train abroad. Depositphotos is now localised in many languages; and because Dmitry is running a company that serves customers around the globe, he has made it his goal to bridge cultural gaps through mutual education and setting clear company-wide metrics. “One would never hear even the slightest hint of anti-globalism here, as in ‘I’m from the USA and you are from Europe – deal with it.’ Universal standards seem to be the norm.”

Dmitry is simultaneously realistic and optimistic about the limitations Ukraine currently faces in creating the next Facebook or Apple: “Politicians and business people together would have to roll up their sleeves and really go to work. Society would have to accept and implement a lot of changes before it’d be possible to actually build ‘Cupertino Boxes’,” which explains his current approach in growing Depositphotos globally from the get-go. “Multinational symbiosis seems to be the only viable solution at this point in Ukraine. It has all the potential to develop an idea that will take the world by storm.”

Currently, Dmitry and his wife live in Kiev, though he travels often to New York for work. “Almost all of our operations are in one way or another tied to the US, which is the number one market for Depositphotos. A large portion of my business interests lays in the US, not to mention that the majority of the competitors in micro stock industry are based in America.” He speaks fondly of America, which he says “has taught me business in the real sense of the world.” Despite frequent travel and heavy professional investment in the US, Dmitry plans to maintain residency in Kiev, and plans to expand his work force in the US and CEE this next year as well. Ultimately what drives his business decisions are not geography but innovation: “I believe that innovation is what is moving the planet, so, we’re going to be on the constant move towards the bigger and better product and if we fail, well, at least we’ll have had tons of fun.”