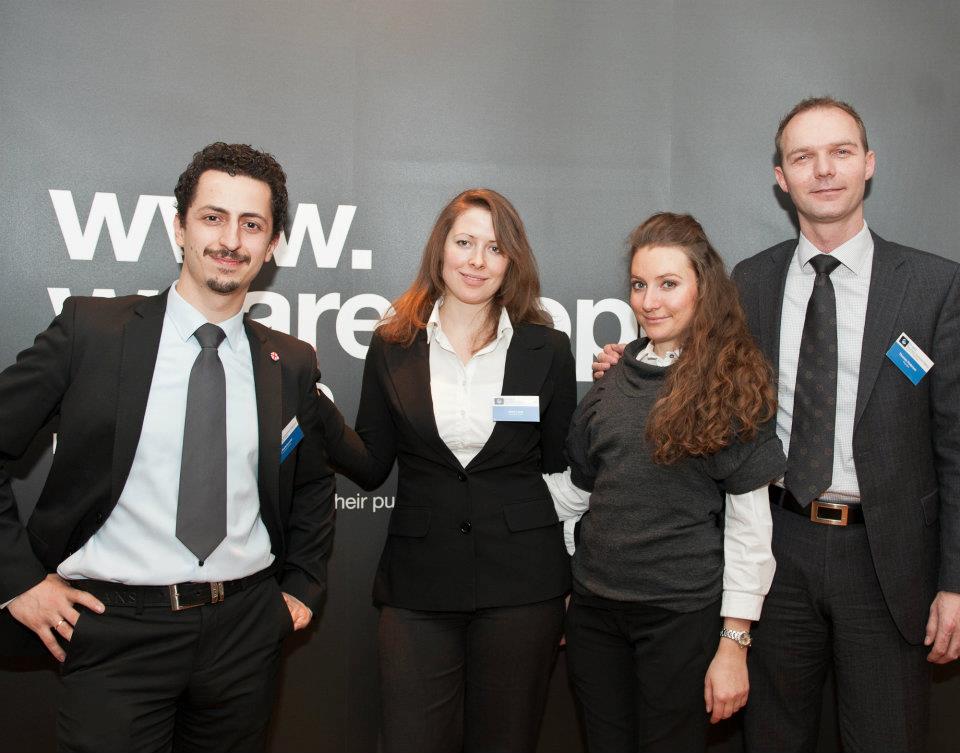 Starting your own business is difficult enough for native-born citizens. It can be an even more challenging task for entrepreneurs of a different national or cultural background. With 1.5 million, or about 18% of the population of Austria, people of a migrant background not only make up an important part of the country’s society as a whole. They are also actively contributing to the Austrian entrepreneurial ecosystem by starting their own businesses and, thus, have a positive impact on the national economy.

This is particularly the case for the capital Vienna as the cultural melting pot of the country. About 30% of Viennese entrepreneurs have a migrant background, a motivation for the Vienna Business Agency to set up its own information centre, Mingo Migrant Enterprises, already in 2008. The efforts of public institutions to support entrepreneurs with foreign roots seem to strive to create a better-informed migrant community, as well as one that feels motivated to start up on their own. As for their national backgrounds, many are citizens of EU member states, however, as Tülay Tuncel, project leader of Mingo Migrant Enterprises, told inventures.eu, a big proportion of their customers come from non-EU countries like Bosnia, Croatia, Serbia, and Turkey.

People from older generations tend to focus on more traditional fields, like trade and gastronomy. But the cliché of immigrant entrepreneurs opening corner shops to cater to their own community is not necessarily the case for the youngsters. Young founders of migrant background are increasingly creating sustainable business cases in sectors as diverse as IT, media, marketing, and consulting, Tuncel emphasised.

Language, language, language is probably number 1, 2, and 3 on the list of obstacles migrant entrepreneurs are typically faced with. Being able to understand the laws and regulations underlying the founding and running of a business in the host country are of core importance. Mingo tries to answer to this by offering its free-of-charge services in altogether 14 languages. Among those are Bosnian, Croatian, Serbian, Polish, Romanian, Bulgarian, and English, to name but a few. And that in no way means that you have to choose your mother tongue. “You have the right to choose the language of communication,” Tuncel said. “Just because you come from Turkey, doesn’t mean you have to take Turkish. You might prefer taking English, because you did your studies in English.”

Certification is another issue. You move to Austria, you decide you want to establish your own business, but first you need to prove that you’re qualified to do so, Tuncel explained. “If you’re coming from an EU country, that’s not so hard to do – the levels are more or less the same, so you can compare,” she said and added that there are, of course, certain discrepancies among the different countries. With people who come from non-EU member states, however, it becomes a little more difficult as sometimes, there are additional exams that they need to take to qualify.

Being able to articulate your thoughts, questions, and concerns in a language you feel comfortable speaking, is certainly an advantage. Having the necessary qualifications is indisputably another asset. But those seem to be more of technicality compared to the diversity of cultural backgrounds that people come from. “There’s a difference in the mentality of establishing a company,” Tuncel said. “People tend to constantly compare the host country to their country of origin.” And there, the differences are often significant. Even when people come from Germany – where at least the language is not a barrier – there are still cultural problems to overcome. 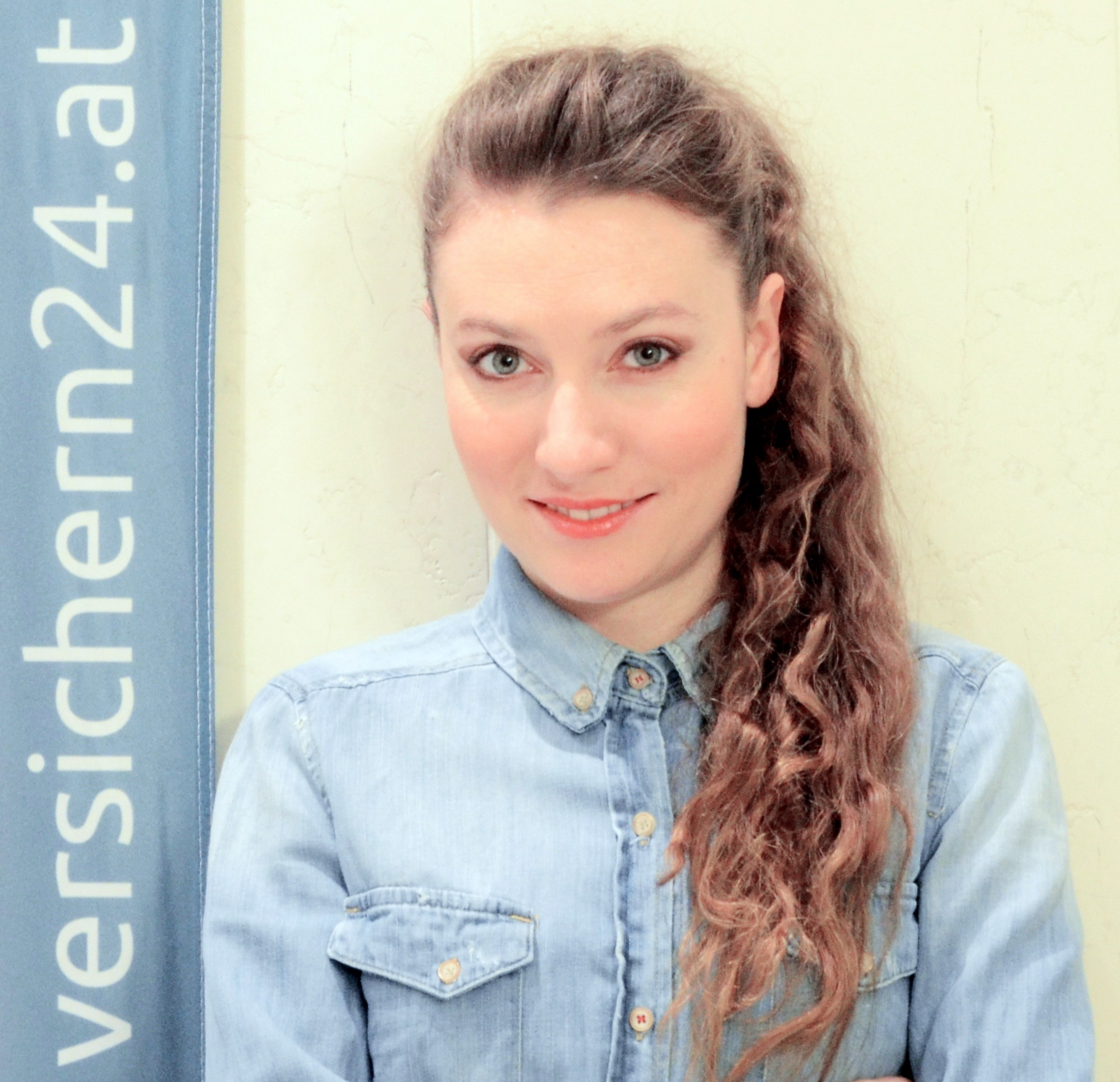 Diana Radulovski, Photo: RadulovskiDiana Radulovski, originally from Bulgaria, knows all about the hurdles of starting up in a foreign country. In 2007, she came to Vienna to study at the University of Business and Economics (WU) and in the meantime, she tried to find employment. After a number of unsuccessful attempts to do so, she and her husband decided to set up their own IT company, and parallel to that – a web portal that enables consumers to compare the prices of various insurances – www.versichern24.at .

Of course, this didn’t come with fewer difficulties. “In 2008 we first presented the model to potential investors and partners from the insurance sector – all of them had the same opinion: ‘What? Insurances sold on the internet? That’s definitely not going to work in Austria.’” Scepticism was one hurdle along the way; insufficient funds to communicate the idea of their project was another. At the time, the most plausible solution was to do what they could do best – sell IT solutions to companies.

Radulovski did SEO, while her husband built websites. Their salaries were then invested in the website. In addition to the above mentioned hurdles, Radulovski also had to work to break the stereotypes of being a woman in the male dominated insurance sector.  “When we first went to an insurance conference, it was funny that most people initially took me for a hostess, and once an attendee handed me his empty cup of coffee,” she remembered, but added that she never let such incidents make her lose focus.

And that seems to have been a good strategy. Earlier this month, Radulovski received the MiA Award (“Migrantinnen Award für die Integration von Migrantinnen in Österreich”) – an award aimed at showcasing successful female migrants in Austria in the category of Economics. The MiA was handed out for the 6th time, and in 6 different categories, to women with an international background, who have brought noteworthy contributions to the country. (More information on the categories, nominees, and winners is available here.)

Drupal get-together in Vienna – The organisers, Photo: Propeople Austria While building up a successful IT startup in Austria –  www.versichern24.at , which was recently complemented by the platform www.stromgas24.at – Radulovski and her husband Ivo, who is also Bulgarian, have kept up the connection with their native country. Ever since they re-launched their own website into Drupal in 2009, they have been active members of the international Drupal community. As co-founder of the non-profit organisation Drupal Bulgaria, Radulovski managed to gather a group of about 50 enthusiasts to organise the first Drupal meeting in the country, which is now happening annually and also attracts Austrian startups. Besides, she also hosts events in Austria.

As was the case for Radulovski, the unsatisfactory employment situation seems to be an important motivational factor causing migrants to start their own companies. This was also the finding of a paper on migrant entrepreneurship by Regina Haberfellner from 2008. However, it is also increasingly the case for native Austrians. According to Tuncel, people of migrant background enjoy the idea of being their own boss. Perhaps, this has to do with prejudice they are encountered with as employees at Austrian companies. Often times they start a venture with the goal to develop it as a family business. “They want to give their family an opportunity to work together,” Tuncel said. This is typically the case in gastronomy.

Mingo Migrant Enterprises have been enjoying an increasing interest on the part of migrants in their services, according to Tuncel. Between 2011 and 2012, they indicated a 75% rise in customer numbers. Businesses with a migrant background are now an integral part of the Viennese and the Austrian economy as a whole; creating jobs and inspiring new generations of entrepreneurs. Some of the success stories are already there. Now it’s time for more. We can’t wait to hear them!