Support for Austrian IT Startups: “Vienna should become Berlin” 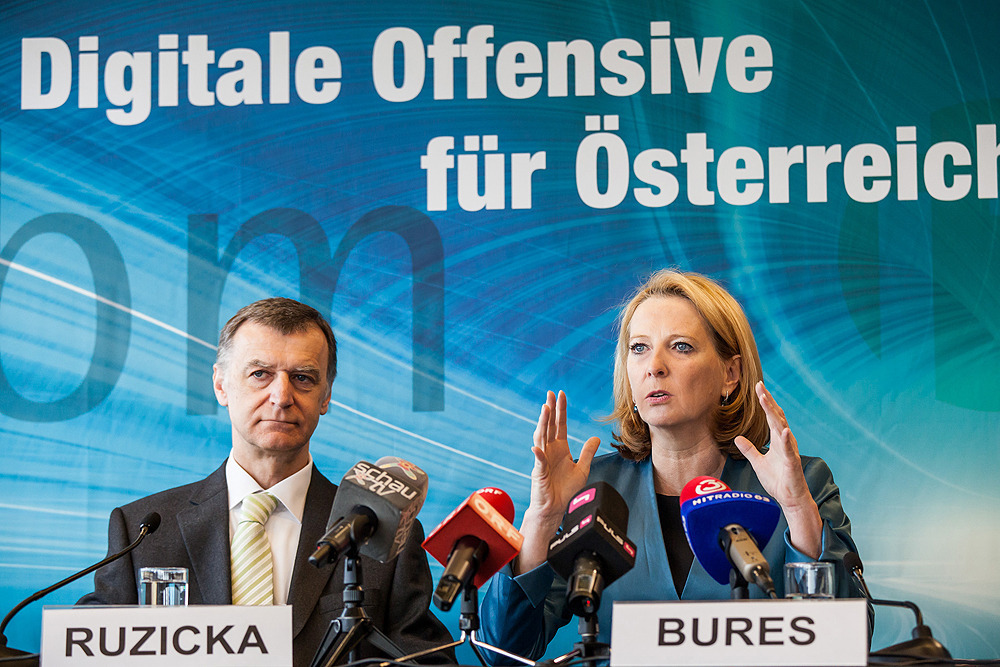 Last Thursday, the Austrian Minister for Infrastructure, Doris Bures, announced a new governmental iniative, the “Digital Offensive for Austria.” The Ministry for Transport, Innovation and Technology will auction off frequencies for mobile communications in September this year for a three-digit amount of millions of euros, which according to Bures, will be reinvested into the further development of the Austrian IT sector.

The initiative aimed at promoting research and innovation will also target startups from the IT sector. A support programme titled “Start-IT” is supposed to encourage company foundations operating in the field of information and communication technology. “In this case, Vienna should become Berlin! We want to enter into direct competition with the European founding metropolis Berlin,” Bures said. In addition, the Ministry for Infrastructure’s “Austria NET” programme is meant to support businesses developing innovative internet services and applications.

Through these initiatives, as well as the so-called “broadband strategy 2020”, which was announced last year and which aims to increase the availability of broadband internet of 100 Mbit/s in all parts of the country by 2020, the Austrian government hopes to upgrade Austria’s status as an innovation power within the EU.

For more detailed information, see this press release (in German).