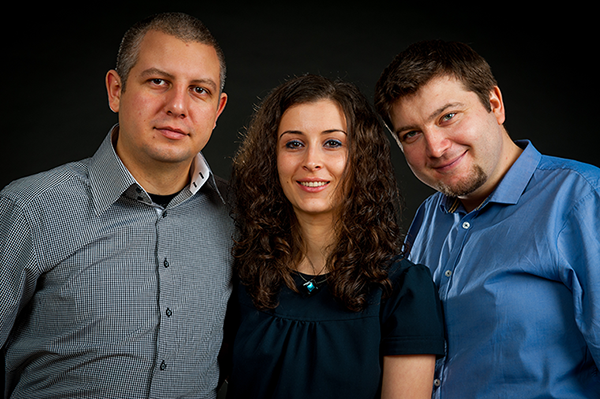 A lot has happened on the Romanian IT scene since 2006, the year Mircea and his two friends, Ioana Hasan and Radu Hasan, decided to start their own business. Job opportunities were never scarce for computer programmers at the time, so three university students with no solid professional background venturing out on their own was somewhat of an unusual occurence. But hearing Mircea talk about his choices, it’s clear that there never really was a plan B. He’d only had one “normal job” for a couple of months while still a student, a part-time job which only served to reinforce his belief that he’s simply not cut-out to be a regular employee.

Starting a company was the only thing that made sense to him at the time, even though he did feel he went a bit against the grain; most of his friends didn’t take him too seriously and neither did his family, who was initially a bit hesitant in embracing his choice with open arms. Plus, the only official education degree he had at the time – and still has, to this day – is his high-school degree; while he did finish the compulsory five years of academic studies, he never actually graduated (there is still time to get the degree, he assures me, although the only reason he’d do it would be to make his mom happy).

Still, he makes it very clear that being an entrepreneur isn’t necessarily the best thing or the worst thing; it’s simply something you choose based on what you think works for you.

By all accounts, the main driving force behind Smart Bill’s success is sheer persistance. The company was founded in 2006, when all three business partners were in their early 20s, and kept bootstrapping during its inception phase, going from business idea to business idea and from project to project, through changes and the usual trials and tribulations, before finding their place. In the early years, the team dabbled with various types of web-related (and some non-web-related) services until the invoicing software Smart Bill was developed as a stand-alone product, in 2007.

While they did capitalise on a market opportunity fostered by a change in the national legislation, they were determined to keep building, not to simply offer a one-off product like most newcomers were doing at the time. They realised that continuity was crucial to establishing long-term credibility on the market.

“There were many companies out there offering a product similar to ours which, when the opportunity presented itself, did fairly well,” Mircea recalls. “But you could tell that most of them weren’t thinking long-term, they were only focused on providing one-time solutions. With Smart Bill, we made it very clear that we wouldn’t just build it and leave it there, we would continue to expand upon and make it better.”

Making it better also included listening to customers more closely and that’s something Mircea says he and the team are taking very seriously. To them, this is by and large their core differentiator. “We don’t want Smart Bill to be a fad. We want to continue to be here for our clients and to let them know that we’re always here for support with whatever issue they may be experiencing. This is very important to us. You don’t want to buy a licence for invoicing software and discover that the company that sold it to you had vanished into thin air after a couple of months.”

The team, Photo credit: Smart BillWhile everything seem clear now, Mircea assures me this was not always the case. Since there was no clear-cut initial road map, learning by doing seems to have always been the company’s ethos. Of course, there is nothing unusual for a startup to not have a thorough business strategy from the get-go, but this is the one thing Mircea says he would probably change if he could ever go back in time.

“We didn’t have a long-term strategy when we started. Instead, we decided to react very quickly to whatever market opportunity we saw out there. We did a lot of things: We provided web solutions for local city halls, designed a website building platform and even started a cleaning firm. We were spreading ourselves thin, almost to the point of exhausting all financial resources, mainly because we were lacking focus. We tried and tried and if we failed, we got back up and tried something else. But if there’s one thing we have learnt is that focus is crucial if you plan to have a sustainable business.” Also, he points out, “your product or service has to be contextually relevant. It doesn’t matter if it’s the best product out there or if it’s flawless. If it’s not relevant to people or if it’s not marketed right, you’ll lose. We have the perfect example: our website builder programme. It’s a flawless programme but it has never been marketed properly, so it was never successful.”

At the moment, the company is still managed by the initial team of co-founders, while continuously expanding their client base; they have now gone beyond 20.000 clients, and more than 200.000 documents are issued monthly using their product, totaling an estimate close to 1 billion euros per year. 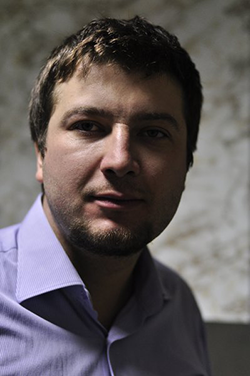 Co-founder Mircea Capatina, Photocredit: Smart BillAccording to the most recent financial info, the company’s yearly turnover is 370.000 euros and earlier this year it received its first investment of “less than 100.000 euros” (the exact amount was not disclosed). Lucian Todea, a Romanian investor and the man behind ITNT, a well-known Romanian IT company, has thus become the company’s first investor and he also serves as advisor, along with Radu Georgescu, another succesful Romanian entrepreneur and venture capitalist. To Mircea, having them on board as advisors is both a vote of confidence and an opportunity for valuable market insight.

The team of 21 currently operates from two cities in Romania – Bucharest and Sibiu – and there are plans for international expansion. “The time is right for us to start expanding. Beginning in 2014, we will enter two new markets: the US and India,” says Mircea.

These two markets are both IT-forward and highly competitive so the pressure to perform is very high. “We realise that the competition will be far greater, but we have complete faith in our product, which in and of itself is very competitive. We have chosen to launch it under a different name, Sleek Bill, and have very high expectations regarding its marketability.”

The past seven years have been nothing short of intense for Mircea and his team; they are now “smarter about things” as he puts it, which is inevitable when your main focus is growth and expansion.

He personally feels he has came a long way and has learned a lot. One of the main lessons, a recurring one it seems, is having complete focus. “There is no way around it. When your focus is intensely on something, you discover so many solutions, so many possibilities. Plus, you stay on track, and consistency is always the precursor of long-term success.”

Another important thing he learned? “Fail early. If you wait for a long time until you put your product out there, you might miss out on a lot of learning opportunities. If you’re going to fail, you’d better do it as early as possible.

Unsurprisingly, there is a very human side to Mircea’s business ethos. ”My belief is that life is more about who you are than what you have. Businesses are here to make our lives easier and ultimately to make the world a better place. Regardless of the financial stakes, people are the most important asset to me,” he says. ”I still believe in a world where entrepreneurs with strong moral values will make this happen.”