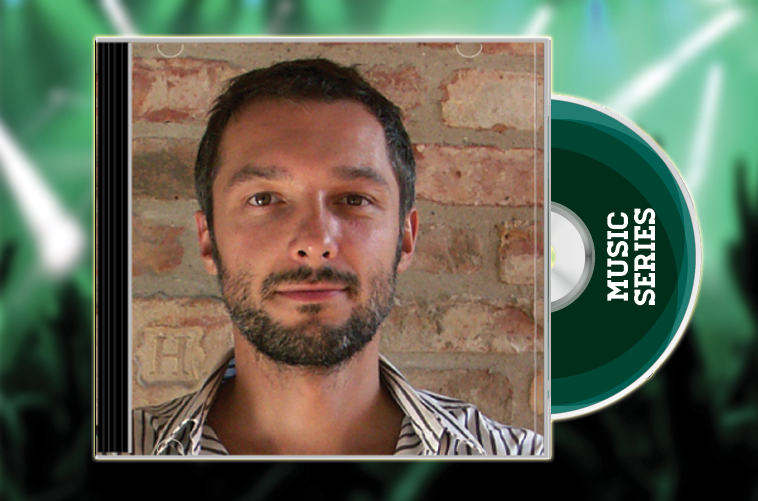 It all started in the office of Digital Natives, an agile development company from Budapest, when a client brought in a speaker system as a gift. It was a neat new piece of technology, so it wasn’t long until the CTO turned into the DJ of the office. And in the light of all fairness, his taste in music was not necessarily shared by everyone. The idea to democratise music, allow people to vote and shape the songs that are being played was born. What started as a concept at the beginning of 2011 soon received good feedback, and Digital Natives developed a more viable prototype. As the initial hobby project grew, the team needed a CEO, who could lead the effort and introduce the product to the market.

At that time, Gerzson had left LogMeIn – a company of over 400 employees that had just gone public on NASDAQ. He had been Director of Development for seven years. Throughout his career he has extensively worked with startups, since “every company I worked with had a foosball table”. The enthusiasm and space for ideas that he found within startups inspired him to think about building and leading his own company. “I like to have an impact on the company and product, a place where your ideas matter and you can change the game”, Gerzson explains. He and Tamas Tompa, one of the co-founders of Digital Natives, had worked together at the communications agency Kirowskiisobar 10 years earlier and were still good friends. So, with Gerzson looking for an opportunity to start and lead a company himself, the perfect match was made and he came on board in autumn 2011 to lead Mixgar.

Mixgar is now co-owned by Gerzson, Digital Natives and two angel investors: InvestLife and Phoenix Investment. The initial investment amounted to roughly 82.000 dollars and enabled the official incorporation and start of the company.

Mixgar is a social jukebox providing bars, shops, hotels, and other venues with music. For a monthly payment of roughly 100 dollars, а venue gets a curated music stream, while guests can select and vote up songs for free. While the subscription fees are the same for every client the company offers volume discounts.

The startup tool lets customers build a mood curve: from jazzy mornings to upbeat music in the afternoon and electro at night. Gerzson explains that clients get a customised radio, one stream that is based on their needs and only available to them. A DJ that is part of Gerzson’s team builds the pools out of a database of a few thousand songs.

Mixgar currently has contracts with over 30 venues in Budapest and one in London. Clients range from top end restaurants to grungy bars. What unites those is that according to Gerzson they are “well-run, by owners that understand that music is as important as food or furniture.” Mixgar frees managers and bar owners from having to deal with music issues and downloads.

The development of Mixgar continues to be provided by the developer team of Digital Natives. Sales, marketing, design, and DJing are performed be Gerzson’s team of five. 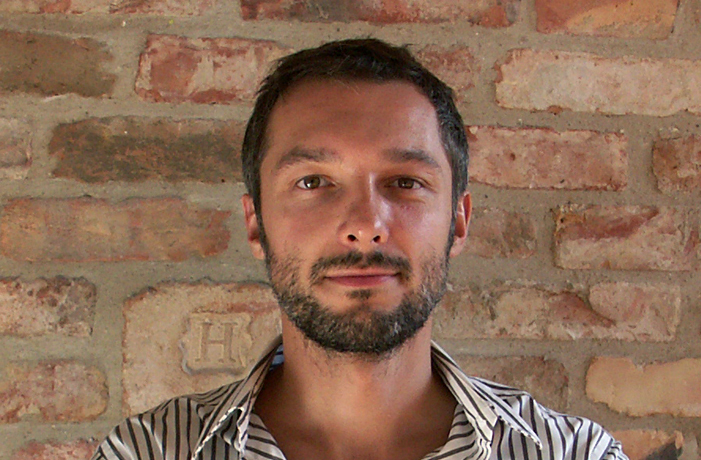 CEO Gerzson Huszar Photo credit: MixgarMixgar also has a festival offering for brands, which they tested at a four-day summer festival sponsored by Pepsi last summer. Instead of staging DJs, they used Mixgar so festival attendants could select their favourite party songs out of an existing pool – a concept Gerzson calls “limited democracy”.

So is Mixgar in fact replacing DJs? “In a few places, yes,” says Gerzson, “however, in reality we are rather competing with background music services such as Mood and their business music service Muzak.” As to which need his service fills in the music industry Gerzson says “Mixgar is a better background music service with interactive features.” It allows users to connect with Facebook, to add favourite artists, and to post where they are and what they are listening to. In comparison to other competitors like Rockbot and Touchtunes, Mixgar is free for users and personalised for venues.

When Gerzson first came on board in autumn 2011, he started to tour startup events around Europe: HackFwd in Berlin (read more here about why HackFwd stopped accepting new startups) was the first one, followed by Seedcamp, Pioneers Festival and many more. In most cases, Mixgar made it into the finals, the last one having been Midem in January 2013 in Cannes, the largest European conference of the music industry. Mixgar was a finalist in their “Consumer and Content Monetization” category.

Although Gerzson enjoys startup conferences, at one point he felt it was too much and that he and his team needed time to stay in Budapest and work on the product. “Being a finalist at these events is a great thing, mainly for PR reasons. It helps you get investors and customers and at some of them, you get lots of valuable feedback,” says Gerzson. But what matters is to attend “a few well-selected events that really suit your business and then take that feedback and integrate it.”

Gerzson explains that after having established a good customer base in Budapest, they are now planning to expand to Western Europe and want to enter the franchise market, tackling retail and coffee chains. With this in mind, the team plans to break even in six months. Expect to hear more from Mixgar, and maybe, you’ll soon get to decide on the playlist in your favourite bar.

While Hungary has recently made less than glorious headlines (think shaky currency, bank levies, but also some interesting tax ideas), may the following list of startups be proof that, for entrepreneurs, every challenge is an opportunity in disguise.

Prezi: If you don’t know Prezi, you’ve been living in a cave! Launched in April 2009 from Budapest, Prezi has revolutionised presentations with its Zooming User Interface (ZUI) and earned itself the title of the anti-Power Point. Its ten million users create anything from resumes to school projects and business presentations with this virtual whiteboard, and it comes as no surprise that it’s been a hit at TED conferences, too. In fact, TED is among those who invested in this Hungarian startup.

mcule: A team of chemists, physicists and web-developers has set out to simplify the drug discovery process and have come up with this online platform, offering a comprehensive database of commercially available molecules. Small and middle sized pharma and biotech companies will be able to access molecule search, as well as simulation and data mining tools that were only affordable by the big players until now. As part of Startup Sauna 2012, mcule is currently residing in Helsinki.

Mixgar: The times of dusty coin-operated jukeboxes are certainly over. These days they are far more social and a mobile phone will do. No matter if you are in a bar, a restaurant, at a party or a music festival, it’s now possible to check out which song is being played and vote favourites up on the playlist simply through your mobile phone. Based on votes and music interests, the songs most liked will be played. Voilà, Mixgar is an interactive, social and democratic tool.

Antavo: This startup gives IT professionals and top geeks a run for their money. Antavo allows clients to create their own promotion apps and helps marketers to run their self-made, low cost promotional campaign. It has been a hit at seedcamp 2012, where it got the first prize and bagged some funding which led to Antavo branching out to London Town.

Internfish: This one is fresh on the scene. Internfish is an online database committed entirely to scholarships, internships and voluntary programs. Currently in beta phase, it aims to become a source of opportunities for students eager to get some work experience or looking for the right scholarship.