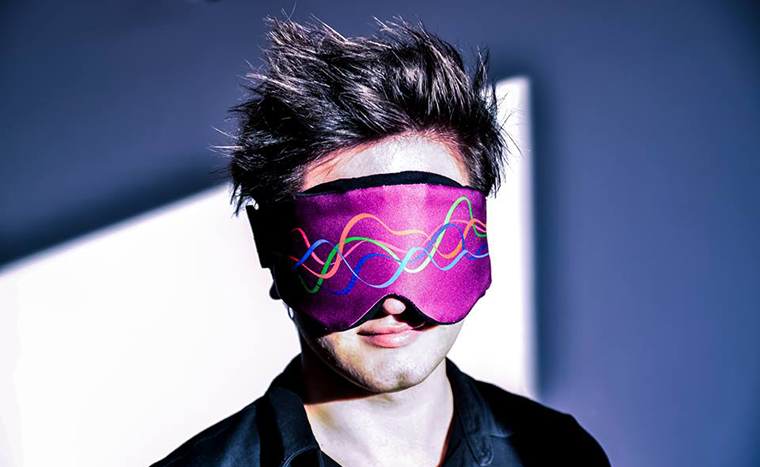 Wonderful news for the napping enthusiasts and workaholics out there! IntelClinic, a Polish startup developing a sleep-optimising mask, not only reached but even exceeded its target goal on Kickstarter last Monday, proving that not only crowdfunding does wonders for hardware products, but that poor sleep’s victims are a promising market.

Already on a lucky streak, IntelClinic was chosen first place winner at LeWeb competition in Paris last month along with two other finalists from an initial pool of 700 applicants, boosting its visibility in the tech sphere.

Created by Kamil Adamczyk, a 23-year-old medicine student, and its team counting a few PhDs in engineering and medicine, the NeuroOn mask measures one’s neural and physical activities to monitor sleep quality and to create a tailor-made sleep schedule via an app for smartphones.

Developed for people requiring extra time for a few months to work on arduous projects, the device and its app are designed to help users to shift from monophasic to polyphasic sleep step by step, eventually reducing the required sleep time to just two to six hours daily. IntelClinic claims that the mask can also minimise jetlag by calculating appropriate resting hours and induce lucid dreaming thanks to gentle light flashes.

Now that the team have their first working prototype, they will use the money for manufacturing and “[putting] the product in your hands”.