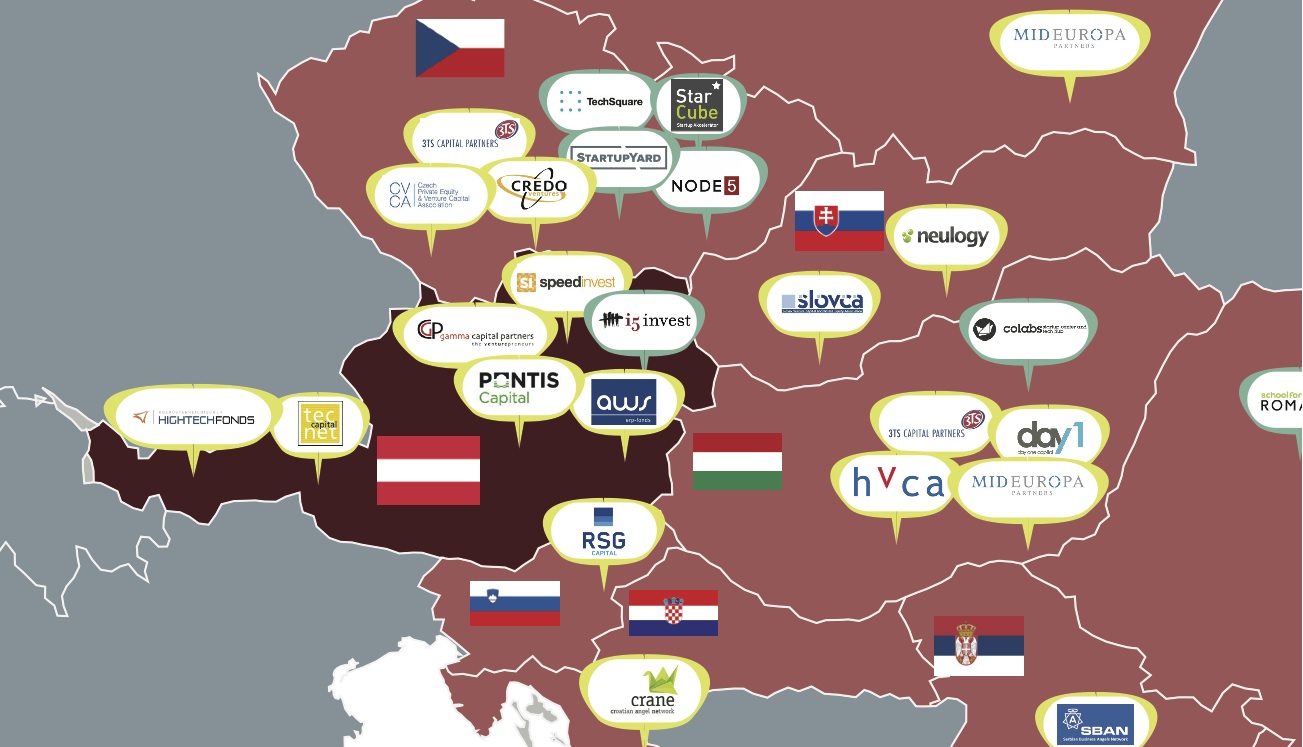 Vienna based incubator i5invest presented an infographic on the status of the startup ecosystem in Austria and CEE today. The overall tenor of the round table including i5invest’s CEO Markus Wagner, Oliver Holle (SpeedInvest), Jürgen Furian (STARTeurope), Vlad Gozman (i5invest, TEDxVienna) and Niki Ernst (planetsisa, Austrian Innovation Center Silicon Valley) was optimistic: The last five years have seen Austria and in particular its capital city evolve from an entrepreneurial desert to the home of a budding young startup scene – not least due to its generous public funding institutions, such as AWS and initiatives like those of STARTeurope. Focused on Austria, the map, which was created jointly with SpeedInvest and AWS is slightly incomplete (download the complete infographic here) – but Wagner takes this as a positive sign: “The ecosystem has become incontrollable and chaotic in the best possible sense”.It also shows that other CEE countries have been following suit. 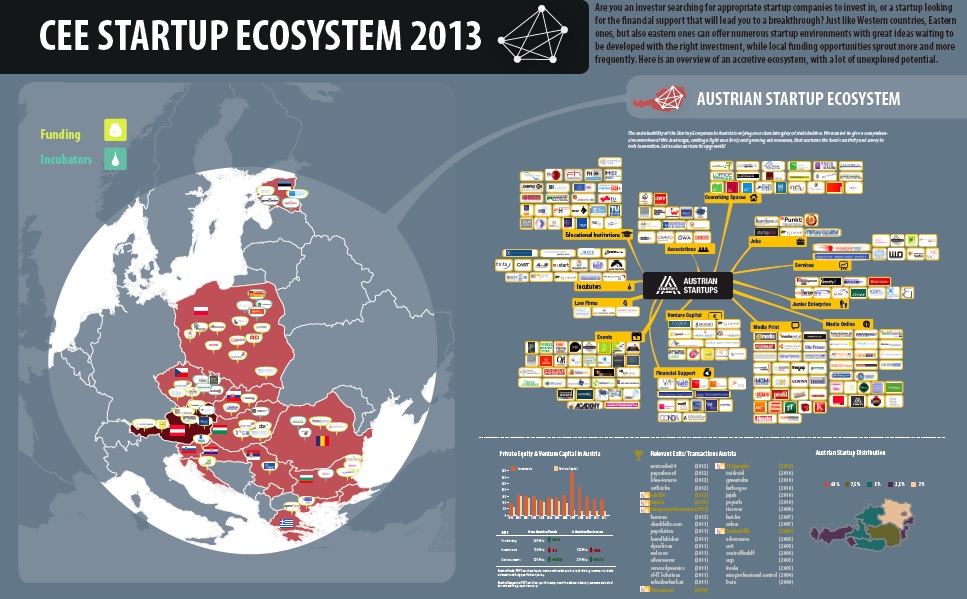 Despite the growing infrastructure and awareness aided by examples of successful local exits, like that of kununu, and business angels such as Hansi Hansmann, there is a lack of venture capital for follow-up financing – and of the right entrepreneurial spirit. This, as i5invest’s CEO Markus Wagner laments, is particularly the case in Austria: “People here keep saying that Austria is not a good location for startups – that it’s too bureaucratic and there are no opportunities – but, as the map shows, that’s not necessarily the case. We should complain less and take more action”.

Complaining, which is a bit of a national hobby in Austria, might be an important aspect in the race to become CEE’s startup hub that Vienna is so keen on. Austria has both, human and financial capital, as all agree, but CEE capitals like Prague, Bucharest, Ljubljana and Zagreb are quickly catching up. Ernst, who is helping to establish the Austrian Innovation Center Silicon Valley, an NPO set to help Austrian startups improve their network in the Bay Area by offering mentoring and fellowship programmes, points out, “Austrians tend to have a mentality that things are fine as they are without having to take much of an initiative. I have the feeling that people from CEE are hungrier for opportunities and also take them. We have to awake this hunger, otherwise we will miss out.”

Like incubator i5invest, whose CEO Wagner is also part of SpeedInvest’s investor comittee, the business angel fund is looking to increase its portfolio in CEE. “People in Prague, Ljubljana and Zagreb are waiting for somebody to serve the local startup scene. We have to enforce our claim to leadership in the region, ” Holle argues. Wagner adds, “The ‘claim to leadership’ might not be the best way of putting it, though. It’s more about taking initiative for mutual exchange and growth, particularly in regard to the proximity of locations like Bratislava, Zagreb and Ljubljana.”

As a Romanian entrepreneur who has relocated to Vienna three years ago, Vlad Gozman can speak from personal experience: “In Romania we lack the infrastructure and there are problems with corruption. My decision to come to Vienna was a conscious one. I believe it could become a hub between West and East like it used to be at the turn of the 19th century.”

As for other CEE capitals, Furian mentions Sofia’s up-and-coming startup scene, which is strongly driven by public funding but has not been perceived as a startup location internationally (we have recently reported about public financed Bulgarian accelerator Eleven). In Zagreb, local heroes like Farmeron have been growing and uniting the community. “Bucharest”, he emphasises, “has really been put on the mapthanks to the efforts of Bogdan Iordache (read our profile on him here) and How to Web . Now it would be up to Vienna to acknowledge the competition and position itself as a regional startup hub.