Iblazr casts light on your smartphone 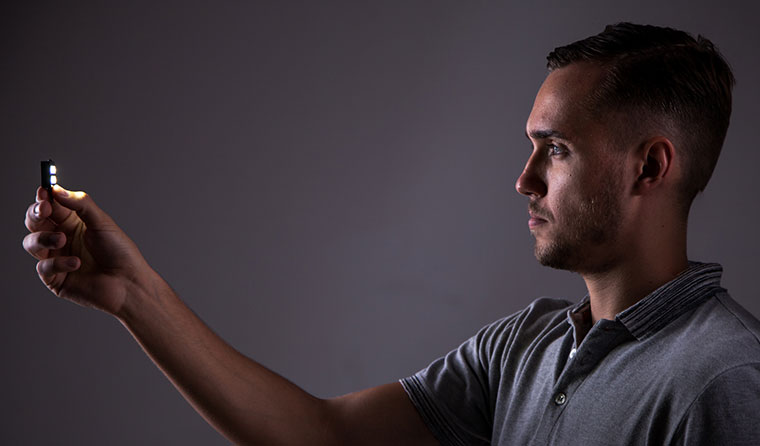 Thanks to modern technology, we can take great high-quality photographs with our smartphones. But they don’t turn out quite as great on a moonlit night. Ukrainian startup iblazr wanted to change that and has developed a synchronised LED flash compatible with iOS and Android. The Kiev-based team is seeking crowdfunding on Kickstarter since 23 July for its open source project and has already reached three quarters of its 58.000-dollar target goal.

As a photography enthusiast, CEO Vlad Tislenko came up with the idea for a smartphone flash about a year ago. “I began using my DSLR less and less and took most of my pictures with my smartphone,” he told inventures.eu. “But at night, the smartphone camera is really useless.”

The iblazr is a small portable device that connects to the headphone jack of a smartphone and works with both front and rear-facing cameras. “Basically, it’s the first external flash for smartphones and tablets,” Tislenko said. The accessory has a built-in rechargeable battery, which should last about three hours in power-saving mode.

The team of six entrepreneurs, designers and developers has spent countless hours on the flash device. “We’ve changed several concepts of iblazr, made several generations of prototypes and wrote an unlimited amount of code for our apps,” Tislenko said.

Why do they need crowdfunding?

“The startup infrastructure in Ukraine is really weak,” the CEO told us, making crowdfunding a necessary choice for further development of the iblazr. “We need to organise the mass production, purchase a large number of electronic components and manufacturing molds,” he said. The funding would also be used for making an app ready for market launch.

Funding begins at 33 dollars and pre-orders can be placed until 3 September with an estimated delivery in December 2013. Backers who pledge 39 dollars have the choice of the basic model in either white or black. Enthusiasts who are willing to spend a little more can get their hands on the anodised aluminum version.

After Slovenian light meter Lumu (read more about them here), iblazr promises to be the next photography accessory star on Kickstarter. 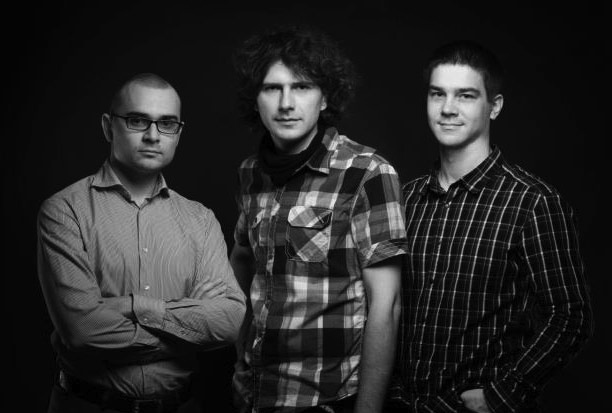 Lithuanian startup ImpressPages CMS has raised their first external investment of 200.000 euros from the venture capital company Practica Capital. The startup team created open source web content management system (CMS) software with a full drag-and-drop interface, which even non-techies get a handle on.

Founded last month, the small team of three developers and a designer released the first version of their free software back in 2009. “We believe in open source,” co-founder Audrius Jankauskas told inventures.eu. “We use open source products and we give our tools back to the community for free.”

The guys at ImpresssPages plan on using the investment for expanding their system functions and attracting more customers. They currently have more than 42.000 registered users with a target market of freelance web designers and web agencies, said Jankauskas. The team also want to use the investment to develop a new product, the ImpressPages Marketplace, where customers can sell their developed ImpressPages plugins. The feature will be accessible on the startup’s website so users can directly implement the additional tools on to their pages.

“We are taking it to the next level as a full-scale business, not just as a product,” said Jankauskas. “Our time and efforts we’ve spent to build ImpressPages are starting to pay off.”

ImpressPages has received attention for its product before, having been awarded as the most promising open source project at the 2011 Open Source Awards. Their current users are from the US, Great Britain, Germany, India, Japan, Russia, France and the Netherlands. The content management system is available in 32 languages.