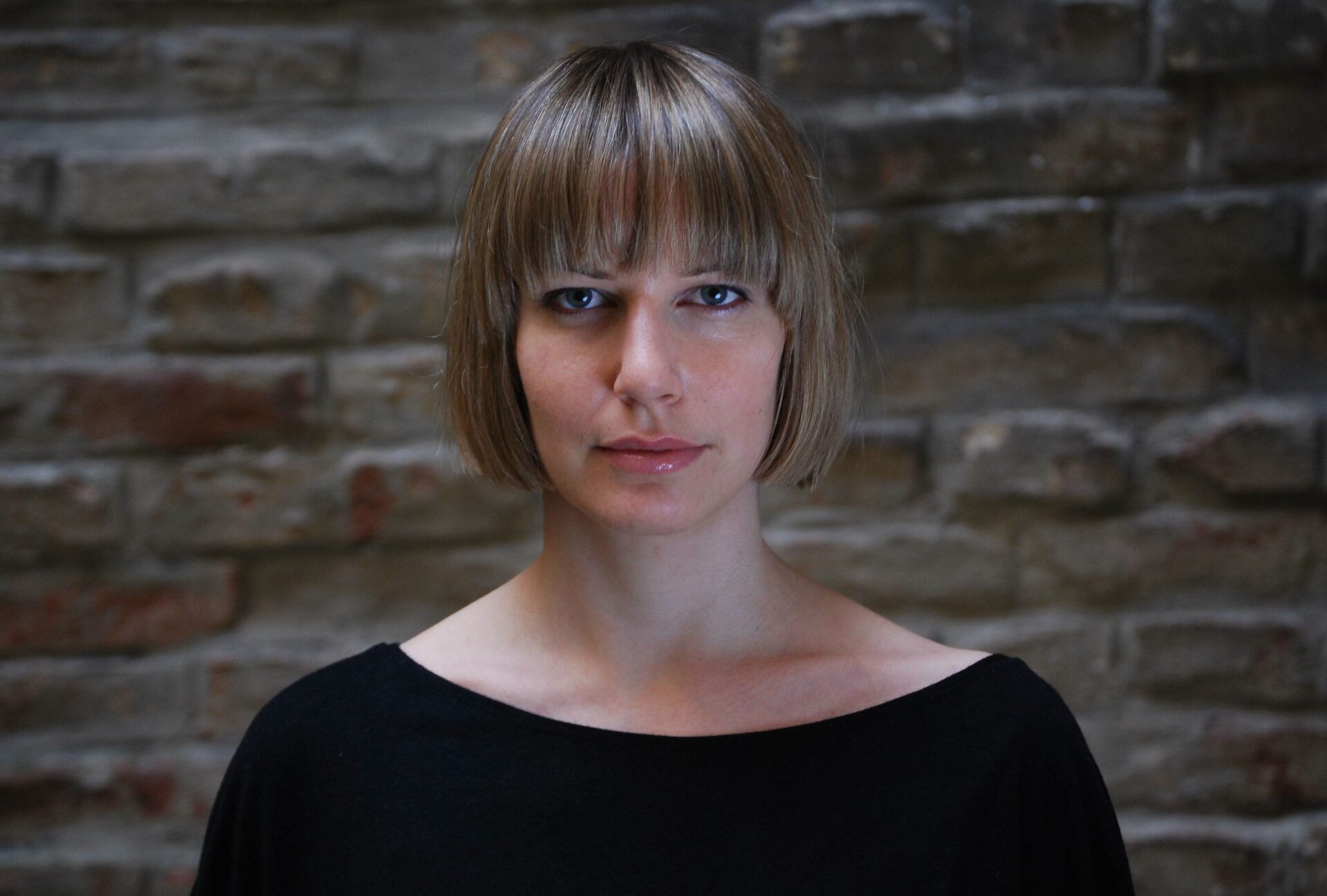 Ever since Doris first saw a chemistry set at the age of 12, she knew that was it – she had found her vocation. From an early age, she has been passionate about natural sciences, and a fierce abstract thinker. She finished her Ph.D. in Technical Chemistry at the age of 26, and was about to start a postdoctorate degree in Vienna, including a stipend for a one-year research position at the university of Yale. A successful academic career seemed to lay ahead of her, but things went differently.

Doris met Hannes – a hair stylist in Vienna, who had his own salon. They started to talk and philosophise about independency and entrepreneurship. 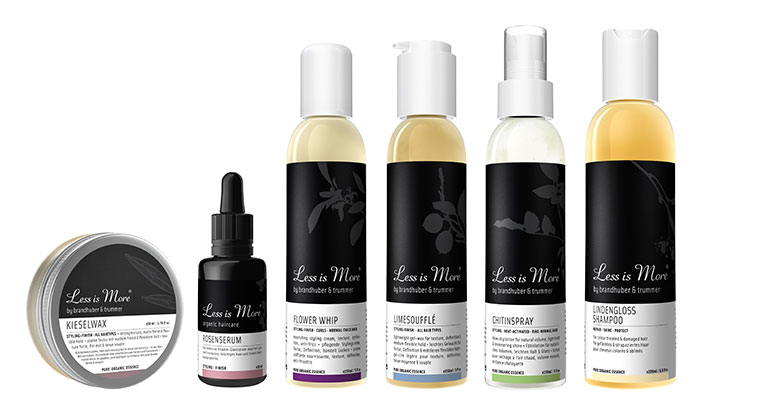 A collection of Less is More products Photo credit: Less is MoreAs a hair stylist at that time, Hannes had to work with products from the conventional cosmetics industry containing sulphates, silicones, preservatives, and other synthetic ingredients and fragrances that can cause allergic reactions, negatively influence the human immune system, and are potentially cancerous. He called Doris’ attention to the harmful ingredients of regular products, and the dependency of consumers and stylists on the chemical industry. Doris was shocked to, in her own words, realise how much green washing is happening in the cosmetics industry.

Hannes asked her if she would be interested in developing a truly natural and ethical hair care line given her background in chemistry and biomimicry. Doris, in turn, had always been interested in environmental technologies and was inspired by the challenge to develop products by herself. Having already started to doubt her academic aspirations, she decided against Yale and stepped into the unkown to become an entrepreneur and craftswoman. Her decision, however, was met with mixed feelings. Many colleagues were dismissive of her choice of working in cosmetics: an industry regarded less prestigious compared to the life sciences and tissue engineering she was involved in before. Yet, she stands firmly behind her decision. “I do not believe in retrospect analysis,” she says. “One can only live and take decisions in the present.”

Between work and motherhood

What then followed were years full of long working hours, creativity, dedication and startup craziness. For the first two years, she pursued a 40-hour job and put all her energy into the research and development of Less is More’s future products, working mainly out of the backroom of Hannes’ first salon. By that time she and Hannes had not only become business partners, but were also expecting a son (although they’re not together any more). At the end of 2007, they had officially founded Less is More as a limited company, installing Doris as CEO.

Doris describes these times as a total state of flow: private and professional had mixed, allowing her to put her energy into building the company while raising her child – her son was born shortly after Less is More was established. “There was no time for reflection, everything goes into the creative process and the act of creation,” she says. Building products and a company that she believed in, had an immense pulling effect. She laughs when she explains that her pregnancy actually gave her an extra energy boost, but also acknowledges that without the support of her mother she would not have been able to pull it through. The care that her mother provided for her baby, enabled her to attend meetings and keep up with a tight schedule. Doris knows about the challenges of other female entrepreneurs that cannot count on their family for support: some have to take a nanny, which only means a heavy financial and sometimes also emotional burden.

Her startup phase was thus a double one: While you can read books about childcare or about how to start your company, reality often offers you something quite different. Things happen, and there is only so much one can do to prepare oneself for them. What Doris sees as important, though, is to make plans and have a strategic direction, while being open to the constant possibilities that arise.

In the beginning, Doris did everything: from research and product development, to logistics and distribution, to marketing and accounting. “But it was important to really understand and run the business.” 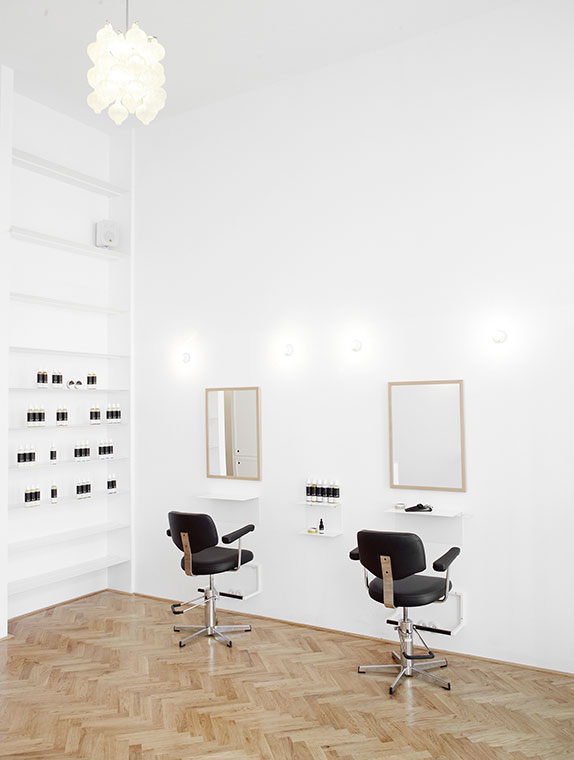 The Less is More salon in Lindengasse, Vienna Photo credit: Less is MoreCurrently, the brand Less is More counts two hairstyling salons, and the limited company that develops and markets the hair care products. Less is More exports into 18 countries, including main European markets, Russia and Hong Kong. Since its foundation in 2007, the company has experienced 30% growth every year. Doris and her team never paid for advertising in magazines, as is common in the cosmetics industry, but convinced stylists and the like with their quality: stylists use her products for fashion and film shootings with stars like Sofia Coppola, Karolina Kurkova, Kate Moss, and Jude Law, and Less is More counts Demi Moore and Emma Watson as regular clients.

All products, from shampoos to styling gels, are produced in their 300-square-metre manufactory in Vienna’s 2nd district. Doris is proud that all of her ten employees are women. Her ethical brand and values attract women from food technology, molecular biology, pharmaceutics, and other natural sciences to work for her.

In 2010, Doris and Hannes added a strategic investor as a third business partner. Doris explains that the production is highly capital-intense; in order to scale, investment needs are high. While initial operations were financed through loans, different financing solutions and business expertise were needed to scale. They met Nick Pöschl in Hannes’ salon – where else? – where he was a regular client. Nick was looking for investment opportunities into startups with an ethical fibre; the three connected and Nick came on board.

Why raising a child is like founding a startup

Over the years, Doris’ role as co-founder and CEO shifted and she points to the similarities in relationships that exist between mother and child, and founder and startup. In the beginning, both can be described as symbiotic, boundaries do not exist. “As the child grows older,” Doris explains, “it starts to asks for more autonomy, and while the bond between mother and child stays, the symbiosis loosens.”

The same happened with Less is More: While at the beginning Doris basically was the company, she now has gained distance and is able to look at it from a bird’s eye view. The former startup is getting detached from the founders, as other people step in, attracted by the identity and brand of Less is More, adding their own value to it. “I am always fascinated to see the impact Less is More has on others, especially employees, and the way they make it part of themselves,” Doris says.

Next to putting up the right internal structures and development opportunities, further expansion in Europe and the development of new products, such as aroma therapeutic perfumes are her next steps. Also, she just added another key customer: Less is More’s products will be sold in the eight European concept stores of H&M’s premium brand & other stories.