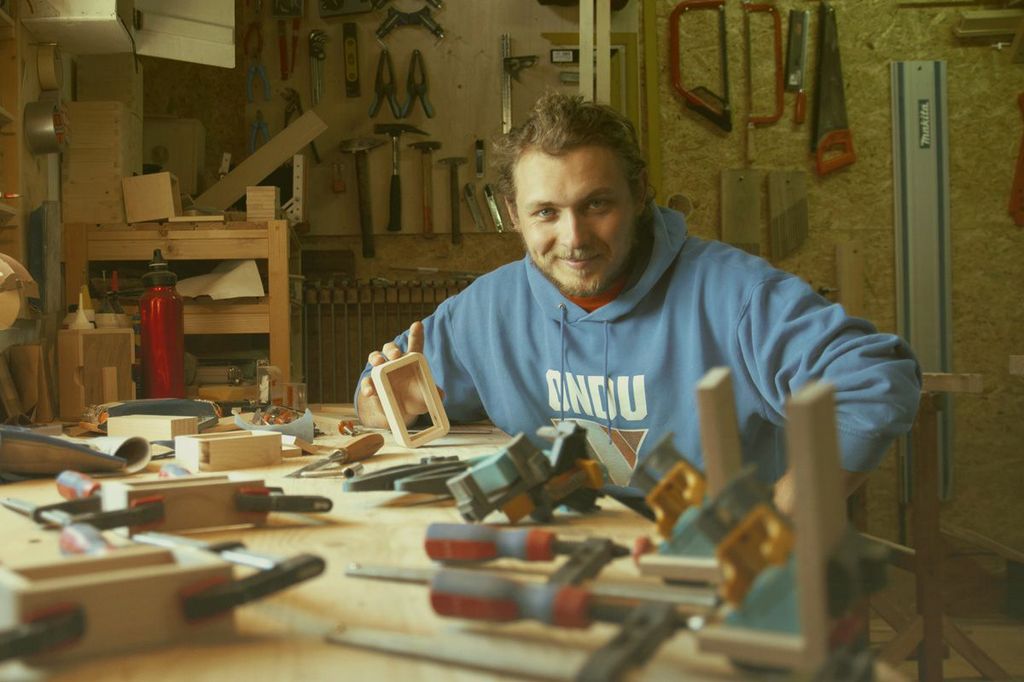 Slovenian startup ONDU ended their Kickstarter campaign last week after successfully raising more than 100.000 dollars. Backers surpassed the initial 10.000-dollar goal in less than 48 hours. Behind the design and fabrication studio located in Velenje, Slovenia, are founder Elvis Halilović and his brother Benjamin. Through his brand ONDU, industrial designer, photographer and self-taught carpenter Elvis Halilović has been making pinhole cameras in his small studio.

Why a pinhole camera? “Pinhole photography slows the experience… so that you truly appreciate the phenomena of light,” Halilović said in his campaign video. Although they could be made out of cardboard and are a cheap means to take pictures, pinhole cameras have stayed in the background, especially since the emergence of digital photography.

Over the past seven years, Halilović has been trying to bring photography back to its roots. “I wanted to make durable, long-lasting and most of all functional cameras,” he said. “We are aiming to deliver products, which can be passed on for generations.”

And ONDU cameras are elegant and charming. Constructed from high-quality woods and held in place by strong magnets and only one screw per unit, Halilović has created a series of six pinhole cameras, varying in dimensions, price (70 to 200 dollars) and film sizes, from the basic 35mm format to a 4×5 film holder camera. More can be found here.

What started as a short experimentation in his college years has become a project when he realised the lack of affordable cameras on the market. Halilović had been working on projects such as the Floating City, a self-sufficient floating platform built for sustainable solutions research, before he started focusing on smaller and more manageable projects.

He started raising funds on Kickstarter to bulk order parts and make improvements to his workshop. “I’m still lacking some crucial tools and equipment that will allow for more efficient camera production and development of new models,” Halilović explained in the video.

1.272 backers contributed a total of 109.391 dollars, most of them staying in the 50-100 dollars range. Nine backers pledged 550 dollars or more, and pre-ordered all six ONDU pinhole cameras. They are expected to be shipped in October.

The fully-raised campaign allows for expansion: “We are already hard at work coming up with interesting new ideas that could improve your pinhole experience,” Halilović wrote on the Kickstarter website. “A lot of exciting new features, accessories and add-ons will be available once we finally set up our online shop.”

Ready to capture some memories? Put your digital camera aside, and go old-school!

The story was brought to our attention by our contributor in Slovenia, Urška Renier.