Watch it on demand 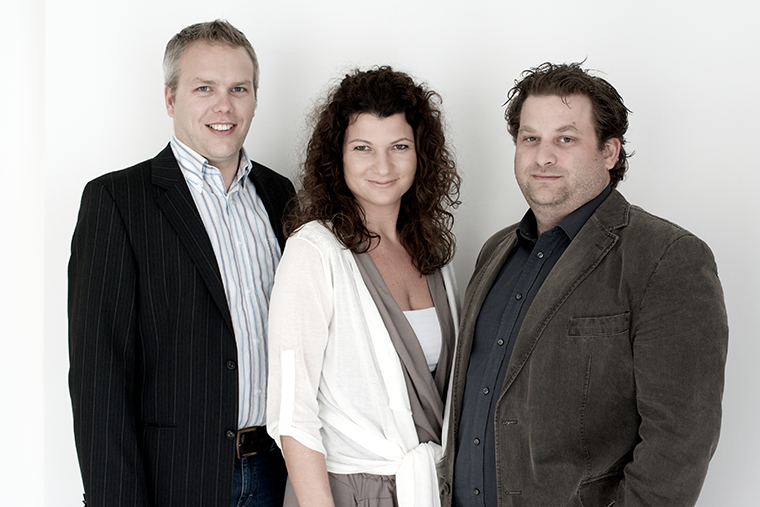 Think about the friends you made at university. How many of them are you still in touch with, and how many are you planning to reconnect with? Now, while you’re at it, here’s a different scenario. Karin Haager, Ulrich Müller-Uri (Uli) and Walter Huber have known each other since 1998 when they met as students in the Information Management programme at FH Salzburg. They’ve been friends all these 15 years, but that is not to say that they were always inseparable. In fact, they only stayed in touch when their ways split.

“I remember when we studied together, Uli and Walter used to organise events semi-professionally,” says Karin, and adds that back then the trio was thick as thieves, although they then went into different directions.

After finishing her studies, Karin moved to the US for a few years to work for A&E networks’ history and biography channel. When she returned in 2003, she went into Austrian film production together with Uli, who had up until then worked at a production company in Munich. In 2005, the two started their own business, offering their services to film producers in the administrative part of production – “everything from marketing, financing the production and scheduling shoots was offered by us,” Karin recalls. Working in this field for years proved to be an invaluable asset further down the line, as all their contacts in the local film industry aided them in their clearing of licenses years later.

It wasn’t until Karin and Uli spent several months in Los Angeles at the postgraduate film production programme of UCLA, when the spark for Flimmit was lit – they bore witness to the rise of the American VoD market. “When we saw what was happening there, we were hooked immediately – we talked to Walter, with whom we had been in contact privately and just a few weeks later, he and Uli wrote their first draft of what later became Flimmit. “They did all this on a beer coaster after a few beers,” remembers Karin. It happened that quickly – Uli, Walter and Karin founded the company in 2007 and started working on the VoD project in 2008.

As Karin, Uli and Walter set out, they had 160 movies on their platform. The beginnings were humble and often difficult. “We fully expected VoD to take the European market by storm, just as it did the US.” In most countries, however, the market remained in stasis – viewers were unfamiliar with the possibility of watching VoD. Also, getting investors onboard was not easy. “I learned along the way that it is absolutely not sufficient for a startup to have just any investor,” says Karin,  “you need investors, who thoroughly understand your industry.”

Yet, outside support did come. “Organisations such as the AWS, departure and the FFG believed in us, and they proved to be invaluable sources of support and advice,” says Karin.

Amazingly, these rough patches only served to bring the team that much closer together. “There were a few times where it was very very close for us,” Karin remembers, “but we stuck together like glue and that was what the factor that we realised was a make orbreak for us”. To this day, Karin remains convinced. “I would found any company whatsoever with those two without a moment’s hesitation.”

Since their outset, Flimmit has grown quite a bit, with more than 1.500 videos and over 10.000 repeat customers today. Their movies are available for smartphones, tablets and SmartTV, with users currently paying per individual programme (TVoD). The team plans to include flat-rate subscription as part of Flimmit’s business model, too. 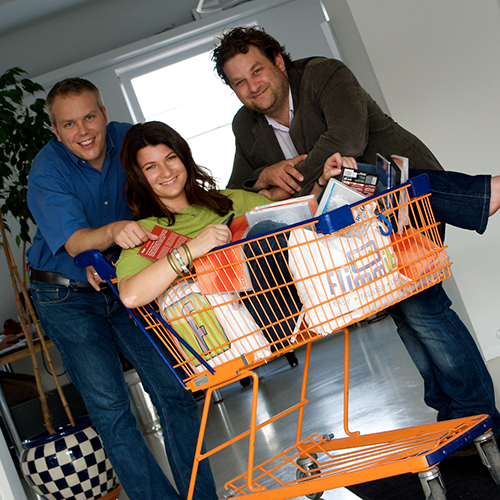 The topic of piracy came up naturally alongside the online movie business of Flimmit. “We don’t want to criminalise our customers, as streaming a movie does in no way lead to illegal distribution – most of that happens at a completely different stage,” she says. “In fact, most pirated movies that can be found online are “ripped” from DVDs or even filmed directly from their cinema release.” But that’s beside the point, she says. The real problem lies elsewhere.

“It’s a fact that piracy has been years ahead in providing what consumers want – movies and music easily accessible from home, without delay. Nobody wants to be a criminal for that, but what if there is no other way?” asks Karin rhetorically. VoD seems to have filled that gap. “We believe that in providing movies affordably and comfortably, piracy can be kept to a minimum. It will simply be no longer necessary.” In five years time, Karin even sees Flimmit as “the movie pendant to Spotify in Austria – together with a strong sponsor, who will allow us to garner the attention needed.”

Onwards – with a strong partner

Together, the two companies are looking to bring video on demand in Austria to the next level. “VoD in Austria has been steadily growing ever since we started out and the market is nowhere near saturated,” she believes. “There is years and years of development potential ahead – all that is needed is more awareness and media attention,” says Karin.

Flimmit seem to have it under control. Lights out, spot on!