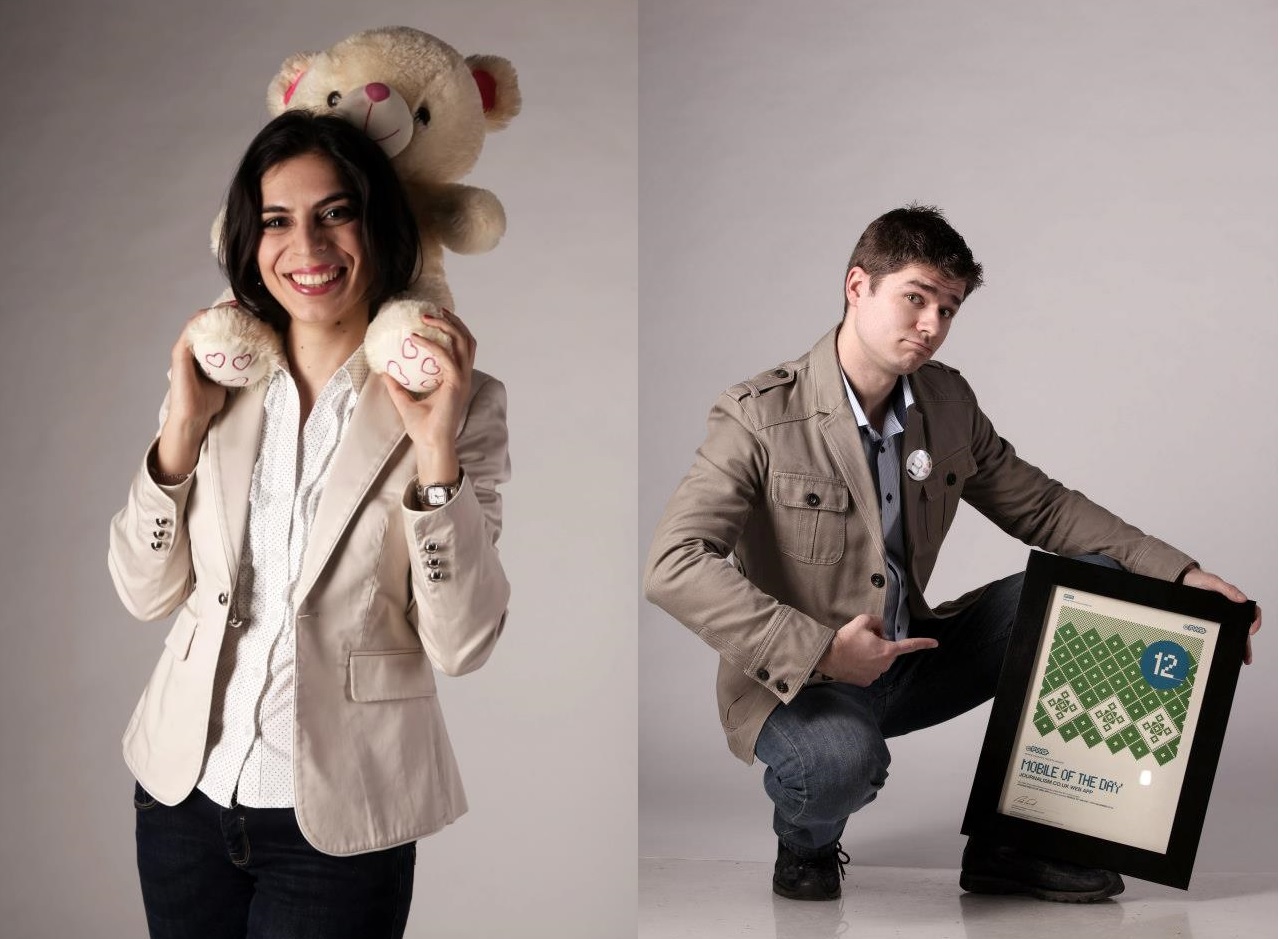 Fast forwarding to the present scenes, the Appticles team has several awards to their name, experience in Startupbootcamp, a 200.000-euros investment from LAUNCHub and a successful redesign of a staple WordPress Plugin. But if their story had to have a tagline, it could be boiled down to just one word, albeit one that many a founder loathe – pivot.

The road of trials

Pivoting really has been the name of the game for Alexandra, Ciprian and their co-founder Ionut Adeleanu. They started off as three developers with an outsourcing company in 2005 and went through a number of twists to get where they are today, changing their product, their concept and even their own roles in the process.

“Pivoting is natural in a startup and it helped us find the right path,” Alexandra previously said in an article she wrote for The Next Women, “but that doesn’t change the fact that it was born out of necessity and the difficulties we faced.”

Having worked a while on other people’s projects, the trio itched to grow their own ideas and in 2010 were the first Romanian team selected for the very first Startupbootcamp in Europe. Armed with the idea of green websites that would neutralise their Carbon Dioxide footprint by buying carbon credits, and with very little knowledge of business practices, they went off to Copenhagen with stars in their eyes only to end up receiving a serious wake-up call. Their initial idea was soon scrapped and they found that they had a lot of lessons to learn on how to run a business.

“Before that, we were basically just a development team, who was suddenly pushed in front of a crowd,” Alexandra says. “We had to learn how to pitch, how to speak to investors and clients, because without networking and without putting your ideas out there you simply don’t exist.”

Photo credit: Appticles, http://bit.ly/1w4w0QAWith the right help they pivoted their idea several times, keeping the overall goal of making a difference. The final result is a platform that allows publishers to easily adapt their existing content for mobile devices. They were among the first in the sector to catch the new wave of “appifying the Web”, relying on new functionalities made possible by HTML5. The grounds had already been set with a defiant move by The Financial Times, which, instead of paying iTunes’ 30-per-cent cut of in-app subscriptions launched a web app in 2011. But that kind of development knowhow was still out of the reach of most of the small and mid-sized publishers. This is where Appticles came in, offering a customisable, easy-to-use platform that allows anyone to “appify” their content without having to actually create an app. And while it may sound complicated, it is surprisingly easy, as Ciprian demonstrated, turning the inventures.eu RSS feed into one with a few clicks, while Alexandra was talking about the personal pivots they had to undertake in the process of changing their business.

A self-proclaimed “geek” and “wallflower”, Alexandra had to learn how to overcome her natural shyness and write engagingly not just in PHP, Python, NodeJS, MySQL and MongoDB but in English and French as well. As if working on a disruptive project such as Appticles isn’t enough, she contributes startup advice to The Next Women business magazine for entrepreneurial women and, sticking a well-manicured fist through the glass ceiling, is on a mission to prove that a woman can be girly and still know how to outcode most men.

“We are one of the few startups that have a female CTO,” Ciprian says, “I’ve found that this always raises eyebrows, especially from the guys.” Nevertheless, Alexandra loves it and says that programming is what she always wanted to do and she is happy to have her dream job. And sometimes the feeling is even sweeter, as in 2012, when she was runner-up at the European Lady Pitch Night organised by Girls in Tech in Paris.

While everyone on the team pulls their weight and has had to stomach a lot of changes, Alexandra acknowledges that Ciprian had to do the biggest pivot of all. Although he remains a developer at heart, he had to reinvent his role with a focus on the business, stepping into the limelight and learning to speak in front of people, to translate clients’ needs for the development team, and to find ways to excite investors and prospective clients with the Appticles idea.” As long as you understand and accept that all the magic happens outside of your comfort zone, you can go out and do the job,” he says. 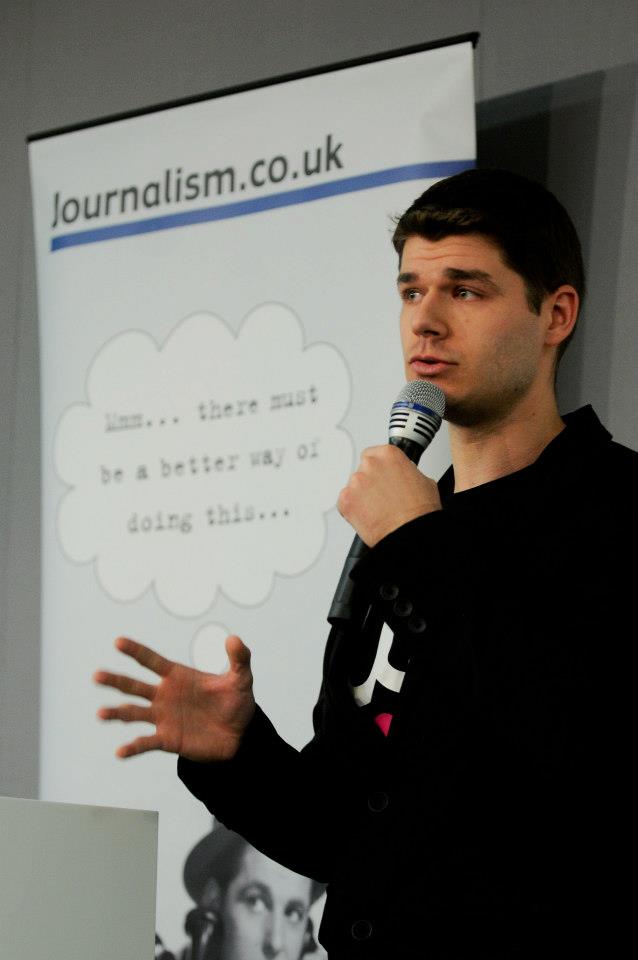 Photo credit: AppticlesHard as it may have been to adjust, his passion for what he now does is evident when he speaks of the Web’s forthcoming evolution into “a new and exciting environment, where everything is an app instead of a site, user interactions are more important than just views and, ultimately, apps are interlinked into a Web of apps.” Yet as interesting and challenging as he finds his role, he admits he has a lot to learn and that he misses coding, still dabbling in it occasionally. He describes himself as a workaholic, who still manages to find time to indulge his love of tennis, even if it means rising before dawn after a meeting-filled day. “I was just in London for meetings and I managed to get Wimbledon tickets,” he says. “At 7:30 a.m. there were 6.000 people in the queue in front of me, so yes, I’d say I have to be passionate about tennis to do that to myself.” Perhaps it is that versatility and passion both in the office and out that recently landed him on the Forbes Romania 30 under 30 list.

As for regrets, they’ve had a few, as the song goes, but one of the biggest is moving back to Romania after the Startupbootcamp period ended. “After three months spent in Copenhagen we grew a network there, which was basically lost,” Ciprian looks back. In hindsight, he realises that it would have made much more sense to have the sales team where the market is and keep the development team in Romania, where costs are lower. Learning from their mistakes, the team of Appticles also had to make a lot of bold choices, perhaps one of the boldest being turning down the Wayra Munich accelerator programme in favour of funding from LAUNCHub. It wasn’t an easy choice because they had actively sought out the German accelerator believing its backer Telefonica to be a good fit for their ideas, but in the end it made more business sense to go with the offer of up to 200.000 euros from the Bulgaria-based seed fund. Less than half a year later, they have launched a new version of the Appticles dashboard, boasting over 1.000 beta users. The team has yet to commercialise their offering, relying on a freemium model but they already have some paying customers and are planning to run a series of pricing tests in the next weeks.

Surprisingly, they also managed over 25.000 downloads in four weeks when they launched WordPress Mobile Pack 2.0, a complete rebuild of the original Mobile Pack created in 2009 by James Pearce, who is now Head of Open Source at Facebook. The new product is an extension of their platform and an example of the type of partnerships they have been focused on since the LAUNCHub investment. 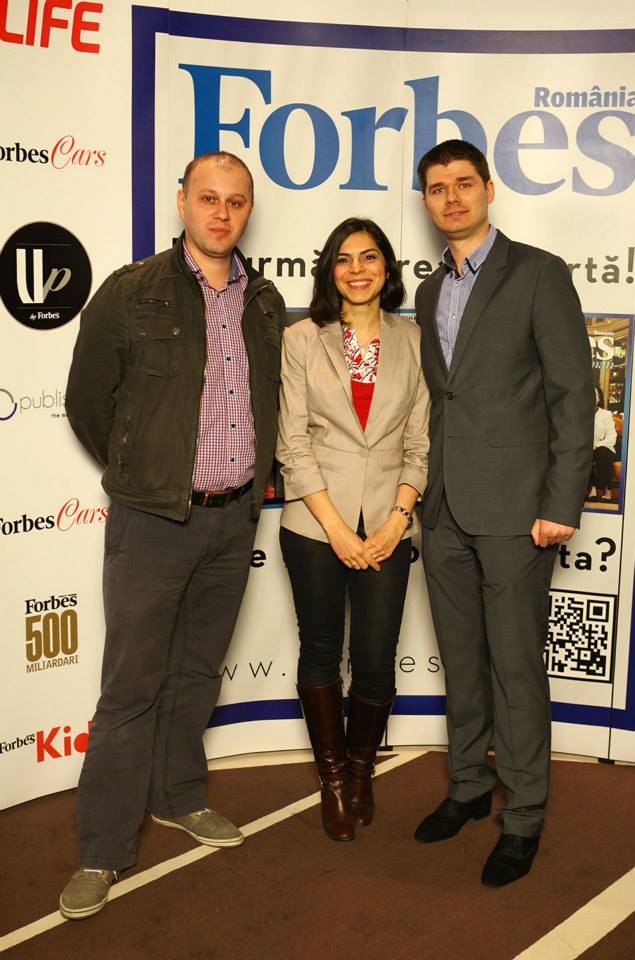 Fascinating as the story on their business ascent may be, the first question on investors’ lips usually has to do more with team dynamics. Their team deviates from the standard in many ways, not just in challenging gender roles but also because two of the three co-founders are in a relationship, raising doubts about the future of the team. “If you don’t have a good relationship and let personal problems get in the way, of course this can become an issue for the business,” Alexandra admits, confidently dismissing that scenario: “but we are one of the fortunate cases where our relationship works in our favour.” “We’ve actually been told that we’re like the Bill and Hillary Clinton of startups,” Ciprian chimes in and is quick to add: “Minus Monica Lewinsky.”

Then the natural question about the third wheel appears and they say there isn’t such a thing in their company, where every team member contributes unique abilities and everyone has had to act as the balancing factor at one point or another. Their recipe for survival is knowing each other’s strengths and weaknesses well and focusing on the former when defining tasks and relationships. The strength of their team has been one of their great advantages throughout and they have often been told that it had been the deciding factor for accelerators and investors.

And speaking of success, they still feel they have a lot more to achieve: “Success is relative,” Ciprian says, “I still have so much more to learn and to achieve, but in the end, it’s the journey there that matters.”