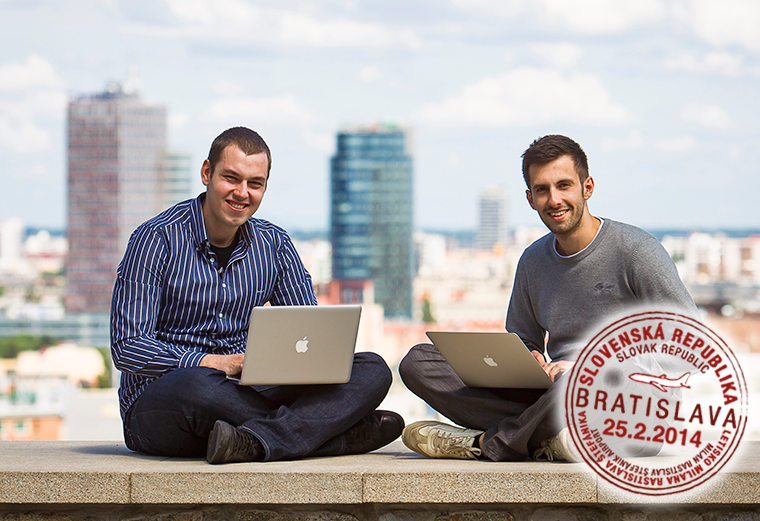 Looking at the feeble affection that ProfitUp’s two founders nourished for their studies in Bratislava, one might think that Mark Twain possibly had the Slovak educational system in mind when he came up with this brilliant reflection.

Originally from Piešťany, a small town better known for its spa activities than for its startup scene, Daniel Minárik (25) and Jozef Štefanka (26) both dropped out of school after three years of management studies at the Comesius University for Daniel, and just over a semester of IT studies at FEI STU for Jozef.

“I had to learn everything by heart there, it was just killing my creativity,” says Daniel, a great admirer of Sir Richard Branson and of his do-what-you-like lifestyle. Rather than sparking their imagination, the only thought that their academic experience ignited was to leave in order to pick up useful knowledge by themselves and to work on their own projects.

While Jozef was busy programming various things, including popular iOS application Assistant App and Daniel’s blog on footwear and pop culture, the latter was working his way up at Nike Slovakia, where his affinities with numbers did not go unnoticed. Initially hired at 19 as a simple assistant in charge of basic, dare we say, dull office duties, Daniel became a retail data analyst after demonstrating his eagerness to solve issues and showcasing his ideas to make data collection easier and more relevant.

Eventually, the solution he developed during the three years he spent at the company wasn’t implemented by the sportswear giant. Adidas EAST then offered him a position of Sales & Margin Controller, an opportunity he gladly accepted, and later took on a Business Planner role at Tesco. Working in different departments of major retail companies provided him a multi-faceted experience and a better idea of how to make sense and money out of data.

The thought of implementing his own data analysis solution on a full-time basis, which had been growing in his mind since his time at Adidas, eventually outweighed the great enjoyment he found in his Tesco job. “I couldn’t work there anymore: I had too many ideas, I had to go my own way,” he says. Thus, trusting Jozef again for handling the tech part, he traded the comfort of a corporate job for the thrill of independence, 16-hour work days and rest-free weekends. 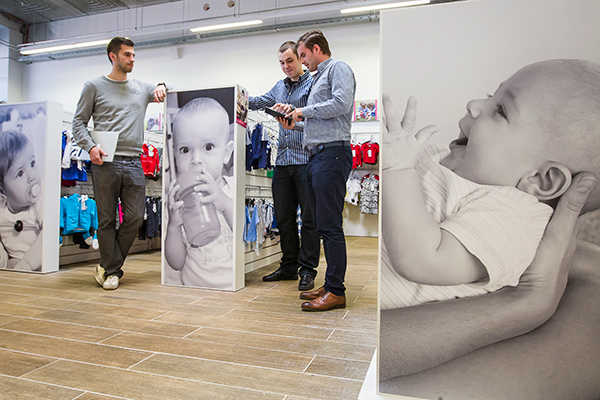 Daniel and Jozef came up with RBi in 2011, the beta version of ProfitUp developed from the initial concept he had created at Nike. Now cloud-based and accessible in exchange for a monthly fee, their solution offers to collect data from internal and external sources and provide users with an overview of their business.  Detailed charts, reports and graphs and a clear and user-friendly interface make sure to help retail companies improve their margins and their profitability.

Aware of the competition with numerous business intelligence solutions already on the market, the duo decided to design a service that would meet the requirements of both large companies and of small and medium enterprises (SMEs), which are not necessarily able to afford the costs of high-end solutions.

Starting with small franchised clients, ProfitUp managed to generate about 50.000 euros of revenues in its first year without any investment. Daniel admits that beating 276 other contestants at the Entrepreneurial Idea of 2012 competition organised by the Association of Young Entrepreneurs of Slovakia certainly helped them get more exposure and more clients on board. Indeed, as the first-place winner, the startup won a marketing campaign worth 100.000 euros from agency Wiktor Leo Burnett and was featured in several major media in Slovakia.

“When you are a b2b company, you can’t really use standard marketing tools such as billboards and ads, so you have to come up with other ways to get noticed,” says Daniel, who heavily relies on LinkedIn in addition to cooperating with Slovak retail magazine inStore to increase traffic and reach out to more clients.

The startup has recently secured a deal with Czech investor Michael Rostock, trading 5% of the company. The exact value remains confidential as the team are currently discussing with other investors. According to Daniel, the latest valuation of the company was around 600.000 euros.

In addition to Adidas EAST since July 2013, ProfitUp now counts several resounding names among its key accounts, including Tchibo SL/CZ, Aasics, Benetton, Nike and Napapijri. Already active in the neighbouring countries and in the Baltics, the startup plans on tuning the product and the business processes for the holy German-speaking trinity – the D-A-CH region – before considering expanding further West, or even across the ocean.

Stretching its working hours till dawn over the past few weeks, the team is currently adjusting the last features and polishing the design of a brand new version of ProfitUp, to be released at the end of February. No matter the obstacles and amount of hard labour still ahead of them, Daniel is confident that they will always find time to indulge in fierce battles of Call of Duty with their friendly office neighbour Art4web.