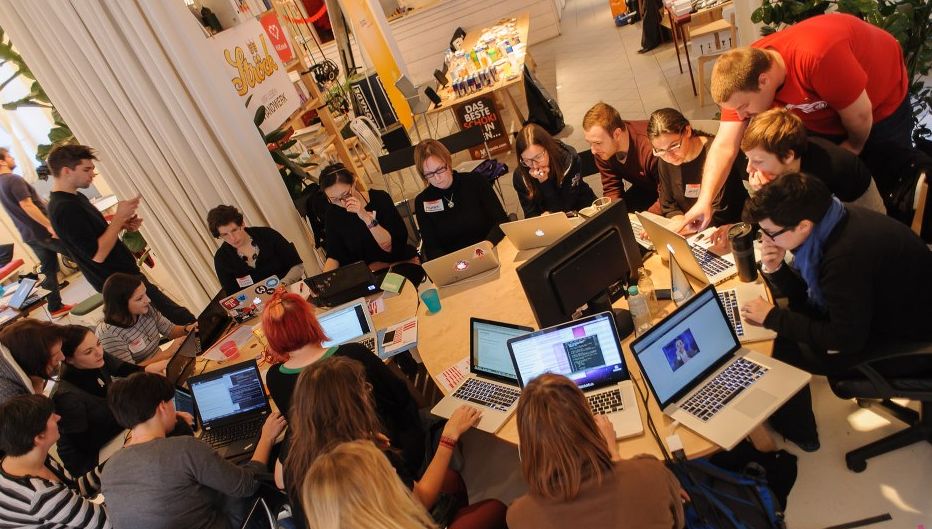 Key words: women and programming. The combination of the two: Rails Girls. Created in 2010 by Linda Liukas and Karri Saarinen in Helsinki, the Rails Girls movement has been gaining popularity in an ever-increasing number of cities around the world.

In mid-January for the first time, about 40 women got together at the HUB Vienna to learn the basics of the coding language Ruby (read about the kick-off here). Tonight, the organisers of Rails Girls Vienna will follow-up on the original event with, well, the Rails Girls Vienna Follow-up, which will take place in Clusterhaus. You still have time to register, so make sure you do so here.

What is Follow-up #1 all about?

As the name implies, the event will be more of a get-together where all interested – both original Rails Girls participants and newcomers – will discuss feedback from the first two-day workshop as well as ideas and expectations for similar future meetups. While the main event may have been about getting to know Ruby, the follow-up will not deal with much actual coding, main organiser Kerstin Kollmann told inventures.eu. For starters, it will be shorter – about two hours long – and not as the main event “with lots of food in the morning, at midday, and with drinks in the evening,” Kollmann added jokingly. Bottom line: no gala dinner.

Yet, the follow-up seems to be designed with the goal to find out more about the interests and wishes of the female programmers-to-be, and potentially turn into a regular happening.

A series of follow-up events is certainly something the organisers have thought about. “We definitely want to start meeting up more regularly,” Kollmann said. “Women, who want to continue learning Ruby, need to have a platform to do so.” Her main impression from the kick-off in January was that the format fostered collaboration and teamwork, in which more advanced participants were able to bring some of the beginners up to speed.

What seems to drive the project forward in particular, though, is the enthusiasm of the ever-growing community of keen female (amateur-)programmers. Although Rails Girls Vienna took placewith 40 participants, the submitted applications were close to 120. “Many sign up to try it out,” Kollmann said. “Perhaps not many will actually end up in tech, but they could still use the knowledge for smaller projects.”

Speaking of Rails Girls gaining popularity (way back in the first paragraph) in various cities, the most recent two-day workshop took place in Krakow on 19-20 April. It was followed by the second edition of the Railsberry conference on 22-23 April, which was joined by a number of Rails Girls Vienna coaches. Attendee and inventures.eu-contributor Floor Drees noted that about a tenth of all participants were female – “quite unique for a tech event.” 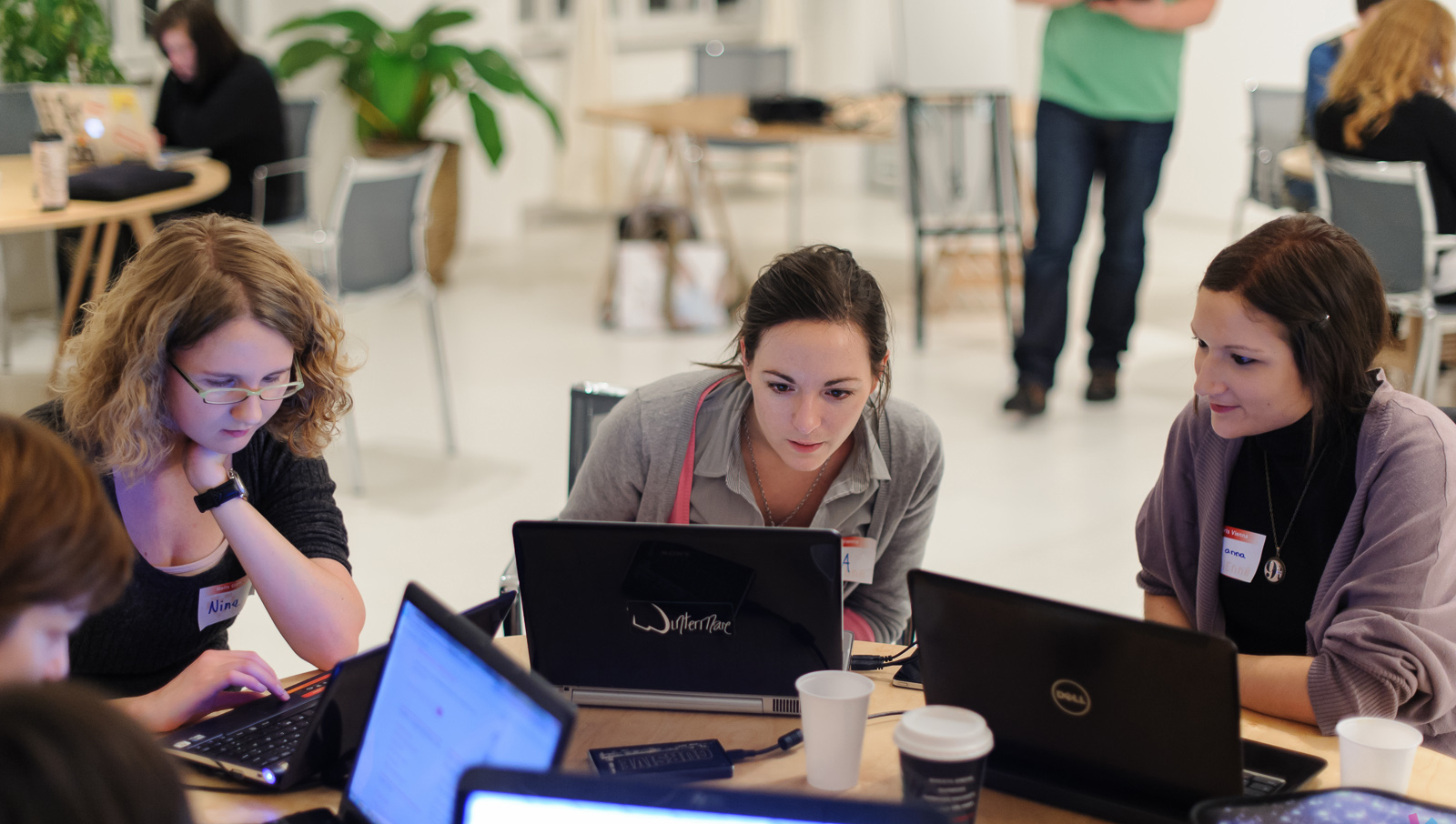 It’s hard to imagine now, but programming was initially a female profession. So called “computer girls” were at the forefront of software development until the 1960s, as historian Nathan Emsberger revealed (see this article by Brenda D. Frink of Stanford University).

As employers became aware that programming was, in fact, hard work and not “a low-skill clerical function, akin to filing, typing, or telephone switching”, like they originally believed, female coders were systematically replaced by male “geeks”, who were thought to better fit the requirements – a prejudice that persists to this day.

Against this background, initiatives like Rails Girls encourage women to consider IT as a career choice and counter the stereotype of coders being male and anti-social. In the Middle East, for example, a new generation of female entrepreneurs with a tech background is actively shaping the regional startup ecosystem (see this article series in PandoDaily). 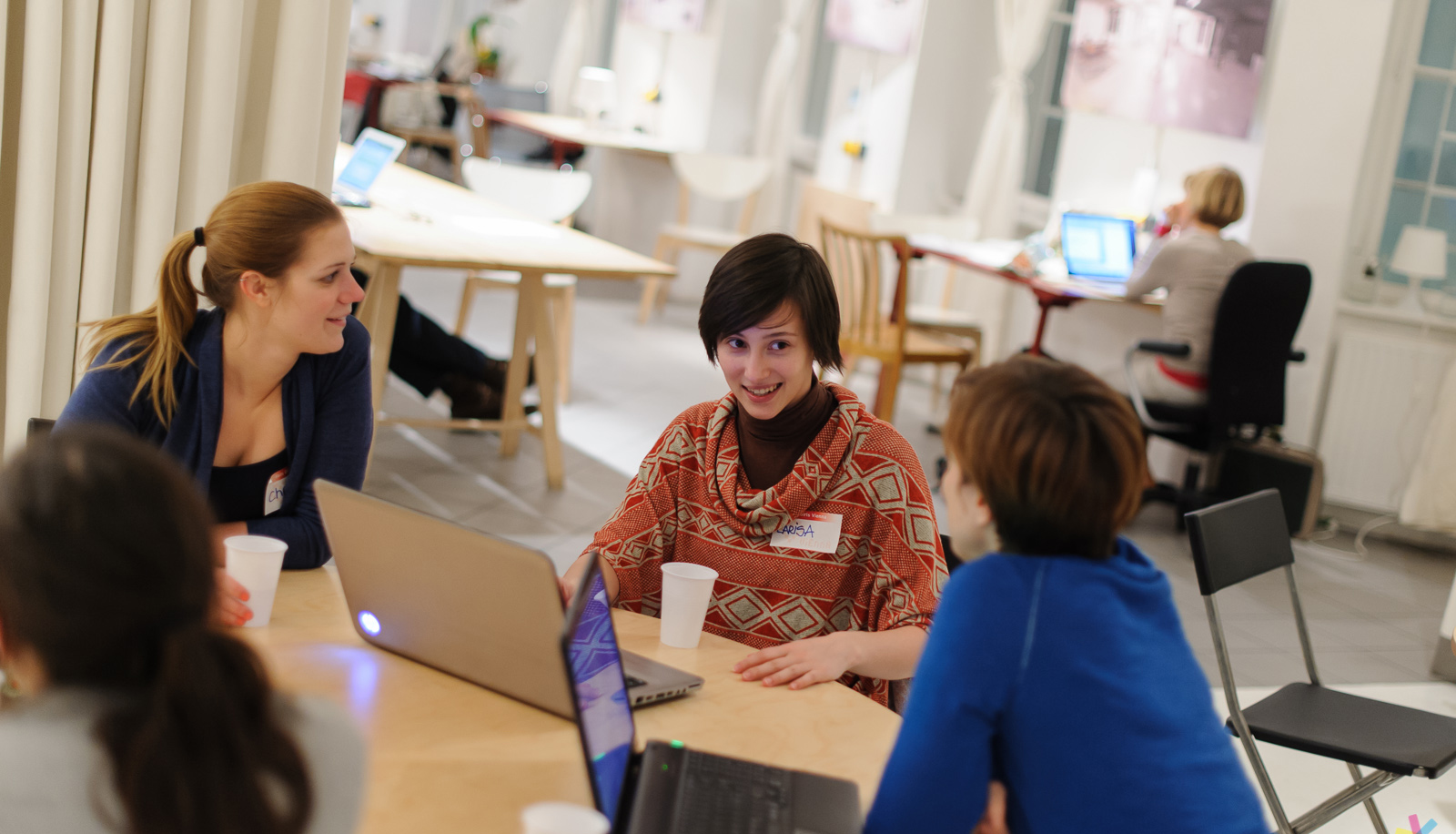 Photo: photobasis.net/Raimund AppelRails Girls: From Helsinki to the rest of the world

Rails Girls was established in 2010 as an initiative to introduce women to the popular programming language Ruby on Rails by Linda Liukas and Karri Saarinen in Helsinki. Ever since then, the project has sprung up across hack labs and co-working spaces around the world, including in Shanghai, Pittsburgh, Zagreb, Melbourne, and Rio de Janeiro.

Recently, Vienna has been added to this list. On 18 and 19 January, the first-ever Rails Girls Vienna event gathered forty women, who were keen to learn the basics the popular web application framework at the HUB Vienna. Sharing the founders’ hopes of increasing the number of women who choose software as their profession or passion, the Vienna team offered participants from acrossCEE an introduction to programming.

As the mostly twentysomething participants were clustered around tables with their laptops, guest coach Rodrigo Haenggi of Swiss Codegestalt compared the activity of the web to a restaurant: The internet serves a requested page much like a waiter serves a requested dish. An exercise led by Michi Huber of Tupalo helped newcomers decode the acronyms of web programming. Here, the roles within the software ecosystem (storage, logic, display, etc.) were likened to the sections (rice, main dish, pickle, etc) in a Japanese bento box.  Voilà: coding as cuisine.

Perhaps somewhat clichéd, this analogy was already employed by Grace Hopper, one of the pioneers of computer science in the 1960s. Programming, she told Cosmpolitan magazine in 1967, “is just like planning a dinner. You have to plan ahead and schedule everything so that it’s ready when you need it…. Women are ‘naturals’ at computer programming.”

Almdudler and chips instead of bentos

Not carefully composed bento boxes, but Almdudler and snack chips covered the tables as the Rails Girls participants worked their way through tutorials in understanding and writing basic Ruby code, and each created an example web project – a small database of ideas, which could be appended and edited from a browser.  The learning experience was moderated and hosted by a team of five local event organisers and fifteen programming coaches, all volunteers with the project.

The Rails Girls Vienna organisers were gratified by the level of local interest –the event received three times more applications than the maximum number of participants.  Kerstin “Kay” Kollmann, the main organiser of the event, suggested this success came, “because there is nothing else like it, especially here.”

“There’s a big difference trying to teach yourself, sitting in front of your computer all alone and maybe having to look up things on the internet and spending lots of time doing so.  [It’s] quite different from sitting next to other people who are going through the exact same thing and might be a step further than you, or a step behind so that you can help each other.  And also having a coach who knows more about programming, who you can ask things that would take you lots of time to look up and really understand if you were on your own.” 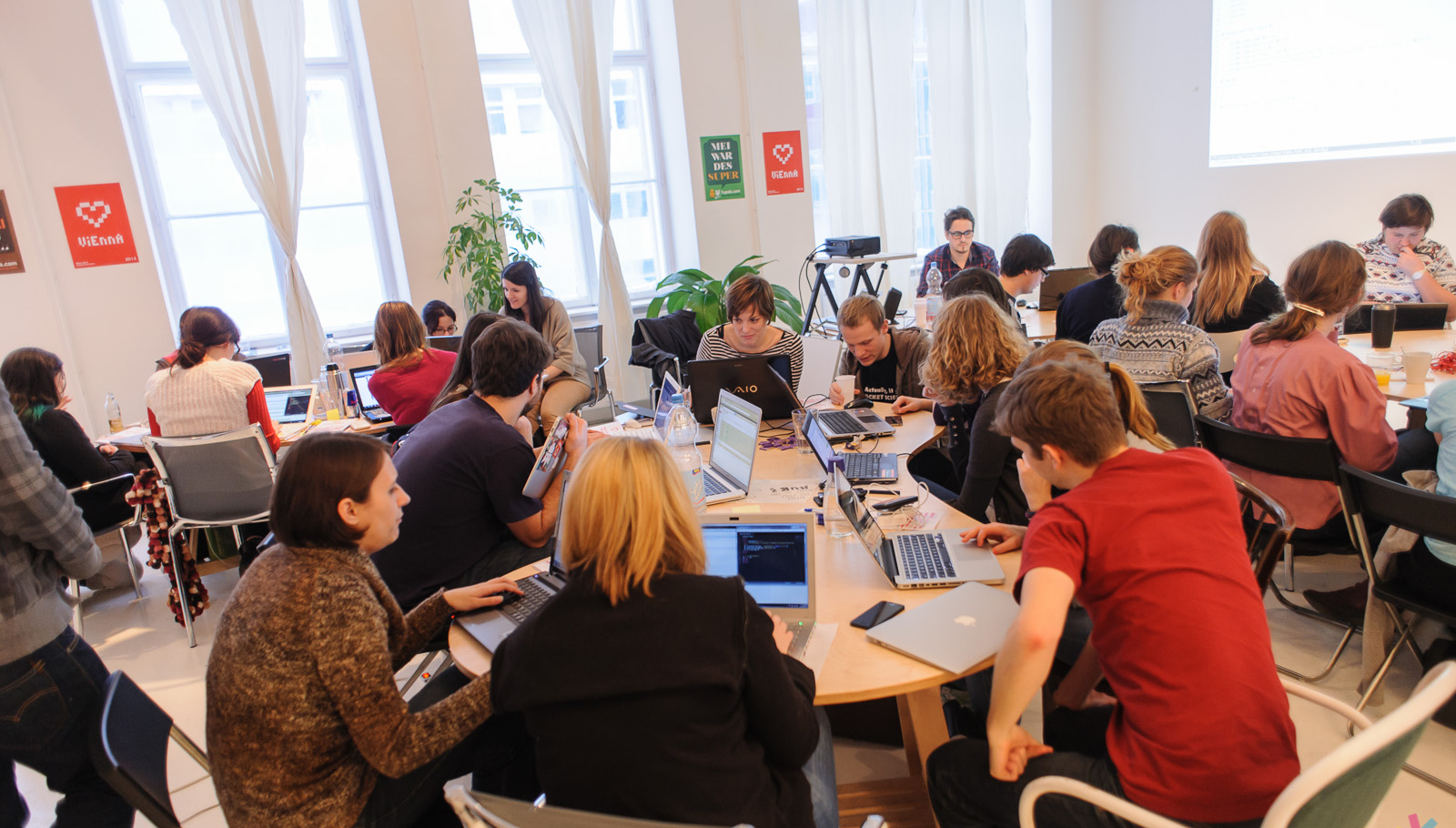 While professional networking was not a primary focus of the event, it was clearly a chance for women interested in software technology to meet and share interests. During the day and a half of the programme, the hands-on workshops and micro-talks were interspersed with buffet meals and social breaks, offering plenty of opportunities to explore collaborations, even for those who were on the shy side.

Kollmann explained: “For many women, it’s weird to be part of something in a space where very few women are involved, because they have no idea how they will be treated or if they will get a chance to learn.  This sounds cheesy but [Rails Girls] is like a “safe space”: [it’s] a safe environment, maybe even a more fun environment.”

Christina Gruber, designer and artist from Vienna, says she applied to attend Rails Girls because of an “urge to do stuff on my own, especially getting started with programming. I lost fear and gained confidence and motivation.”

The organisers are planning to run a repeat of the introductory event in early summer, and possibly host follow-up events for women who have attended the introduction and want to progress further, together.

The first Rails Girls Bratislava is already in development, and Rails Girls Wroclaw is set for 9-10 March

(Reporting from the event by Heather Kelley)